For those who missed it, at the end I say, “527 signatures for a recall. Your days are numbered.” Kristen Szakos & NBC 29 insinuated this was a threat. Yeah, a threat to boot his racist behind from office!

I can’t make out the audio at that point, so not sure exactly what he said or what he meant, but that’s what Kessler says he said.

Finally, see below the video for a few of his tweets, just to show where Kessler’s coming from.

FYI, for those who aren’t familiar with the image in the first tweet (see below), that’s Pepe the Frog, which “increasingly been appropriated as a symbol of the controversial alt-right political movement…Because of the use of Pepe by the alt-right, the Anti-Defamation League added Pepe the Frog to their database of hate symbols in 2016, adding that not all Pepe memes are racist.” 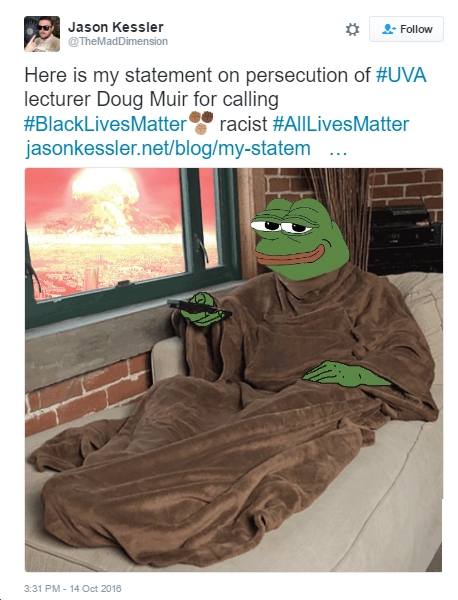 Re: the following tweet, for the actual reference to Bill Clinton as “our first black President,” see Toni Morrison’s 1998 piece in the New Yorker. 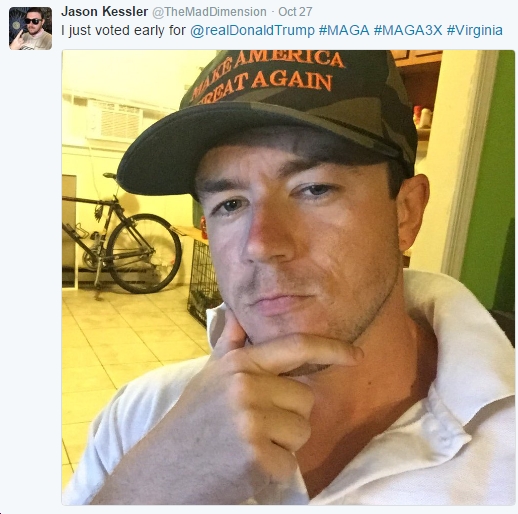 This one seems like satire/parody, except I’m 99% sure Kessler doesn’t mean it that way. On the other hand, I do agree that Trump’s movement “will outlive us all,” but only in VERY bad ways, as the harm he’s already done and WILL do over the next four years could end up being incalculable and irreparable. That includes the racism, other forms of bigotry, rage, violence, conspiracy theories, lack of respect for fact and reason, etc., etc, he’s stirred up. 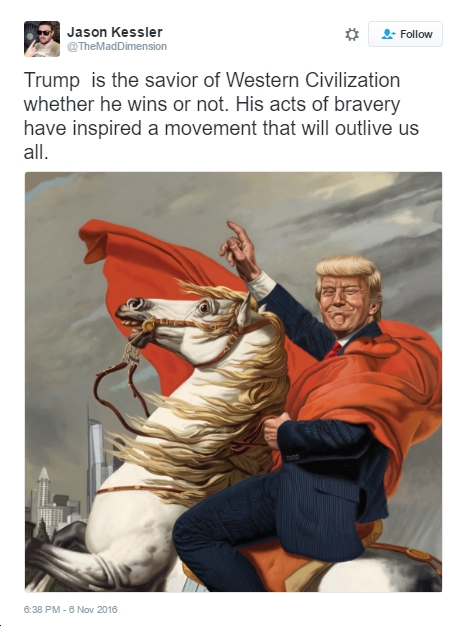 Throw in a big of nasty misogyny for good measure… 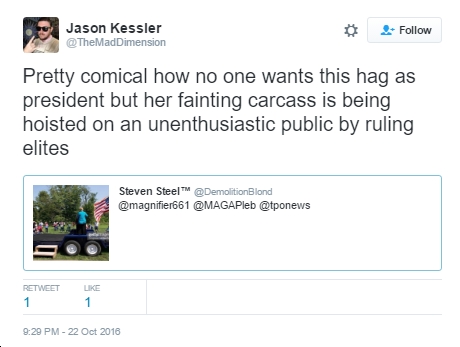