Strong language from Rep. Gerry Connolly, and although I’m not a big fan of Nazi analogies, it’s hard to say where he’s wrong here in the general thrust of what he’s saying. Replace the word “Brownshirts” with “anti-democracy, authoritarian thugs” or whatever, and you’ve basically got the idea. As for the reference to Orwell and “alternative facts” (e.g., war is peace, ignorance is strength, freedom is slavery), there’s no question that Trump’s Breitbart White House fits that characterization 100%. 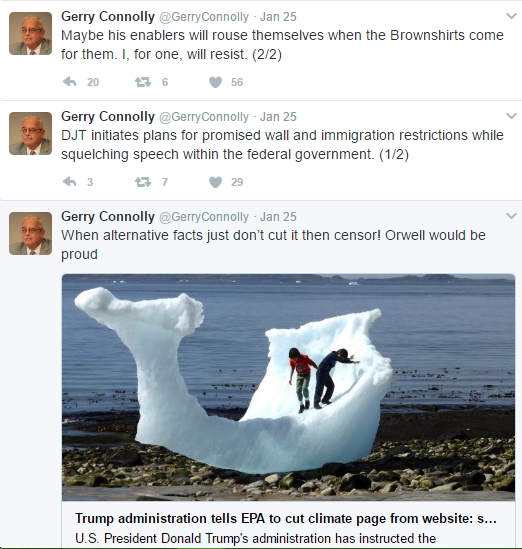