According to VPAP, it looks like there’s going to be a Libertarian candidate (named Jason Carrier) for governor of Virginia, assuming of course that he’s able to make the ballot (not an easy matter in Virginia). Here’s some of what he has to say on his Facebook page. To put it mildly, he’s not a fan of liberals, progressives, Democrats…all of whom he seems to think are “socialists,” which he also believes are identical to National Socialists, which…yeah, don’t ask.

“If we are tired of how the government taxes us, spies on us, restricts our liberty, it is up to regular Americans (Farmer, Truck Drivers, Veterans, IT nerds) to run for office.” 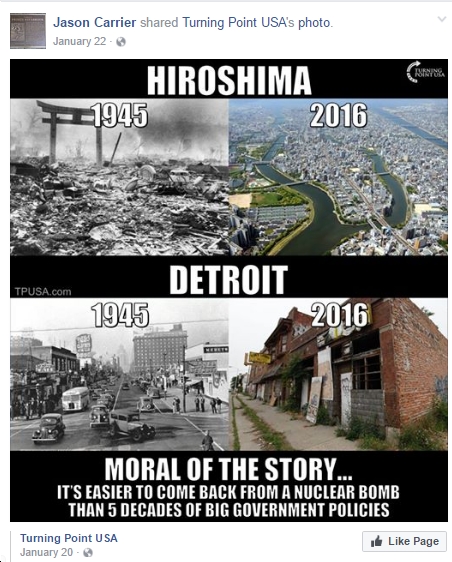 “So for those of you who don’t know, I am running for Governor of Virginia as the Libertarian candidate. The party asked and I said yes. I have never been a politician and I am going to need all the help I can get. This means volunteers and fund raising, etc. The first step is getting 10,000 names ballot petition. If you are interested in helping please let me know. I will be setting up website, and other items I hope this week. If you are interested in helping please PM me. If you have any questions about the LP party where we stand on issues ask them here, I will do my best to answer them.” 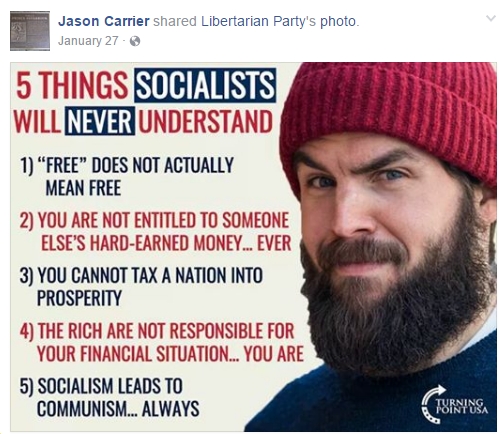 “I keep hearing people refer to Trump as Orange Hitler. I don’t understand this label. Hitler was a socialist Trump is into Cronyism. Hitler build camps to keep people in Germany, Trump says he wants to throw people out. Although deportations are down. Hitler passed Universal Health Care, Trump says ObamaCare will be repelled, although he has not done it yet. Hitler passed 100% Gun registration and bans for people that were unstable, Trump says he supports the second amendment. Hitler believed in free education, Trumps says pay your own way. Hitler wanted to tax the rich to pay for social programs, Trumps say 15% flat tax. Hell based on the analysis of the Nazis party platform, Hitler would be head of the Democratic National Community. Just saying these are fact. Call Trump and asshole if you want, but Hitler is a bit of a stretch” 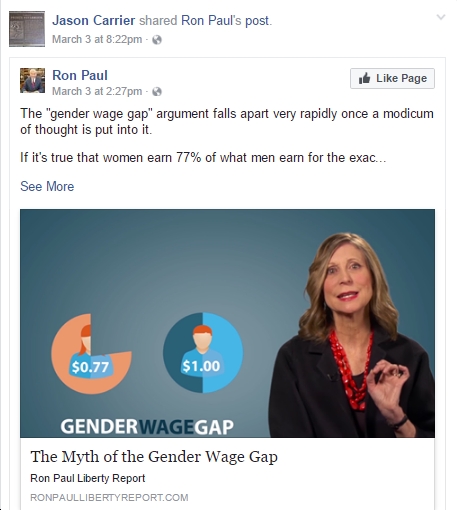 “I was talking today about the Federal land grabs out west, specifically Utah and Nevada. It is like the government is trying to round it citizen up put them into reservations where they have to buy water, food, shelter, and medical from them. It just seems wrong to me.” 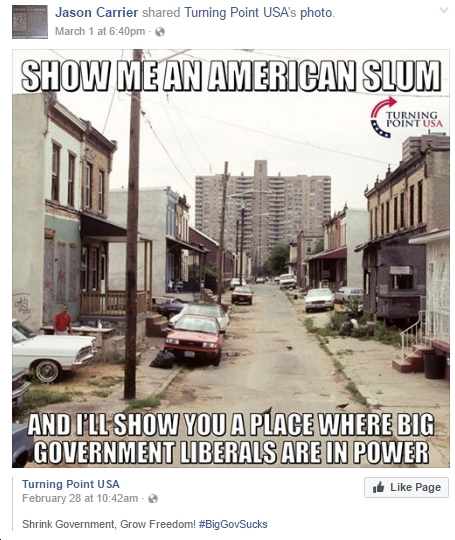 “I going to post this and I am sure it is going to piss off my fellow Libertarians. I saw Trump signed an executive order that for every new regulation passed two had to be taken away. This is pretty awesome. So could he be the Libertarian president we were hoping for? Internet trolling done now to work”

“So ODU just released a study that shows Clinton got at least 800,000 votes from non citizen can we now get voter ID laws. I don’t want Republicans to cheat either. Libertarians please feel free to cheat as much as we need to”

“Love me some Ron Paul”

“I am not a Trump supporter, but if you are attacking black performers for reaching across the aisle and calling them every racist slur in the book, you are an asshole. I heard what people called Steve Harvey, it is not acceptable.” 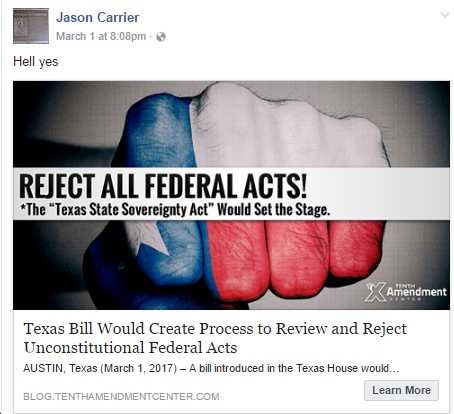 “If they lived in reality they would not advocate Socalism. It has failed for 100 years, and killed 200 million people, but let’s give it one more try, with the most technically advanced military in the world, what could go wrong”

“Nazis were national Socalist party of Germany, same as USSR. I don’t know why we don’t teach this” 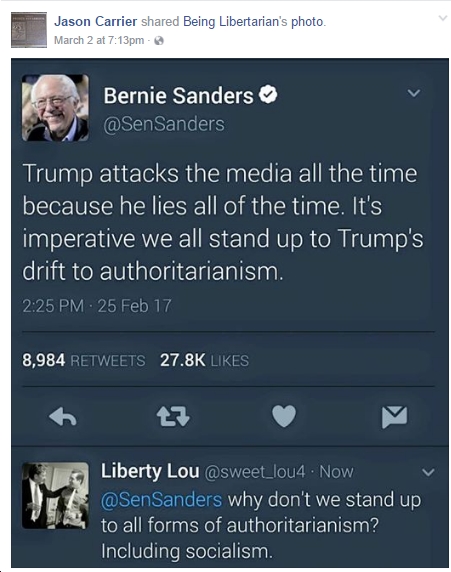