As Republicans in the U.S. House of Representatives push to throw 24 MILLION Americans off of healthcare, while massively and disproportionately f***ing over their own constituents, here’s what our brave Virginia Republican Congressional delegation is talking about right now.

First, Rep. Scott Taylor (R-2nd) is busy on Faux “News” talking about loosening rules of engagement – a dangerous move, by the way – for our military in their counterterrorism activities. Note that this has nothing to do with the Ryancare/Trumpcare disaster. 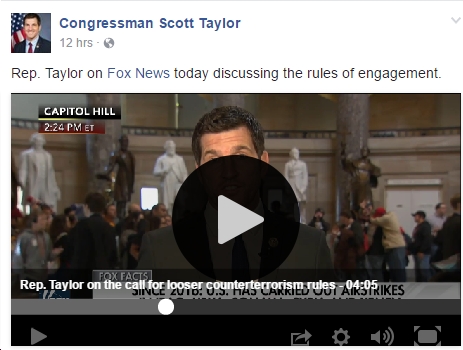 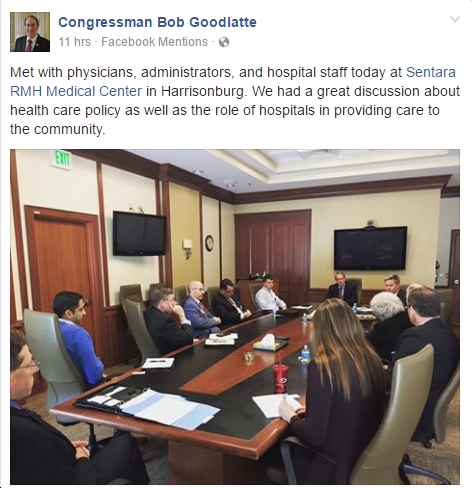 Meanwhile, Rep. Barbara Comstock (R-10) is busy patting herself on the back for an article in the right-wingnut Washington Examiner about how she’s supposedly one of “nine women who are making high-stakes contributions to the direction of the country.” Yeah, right – hahahaha. 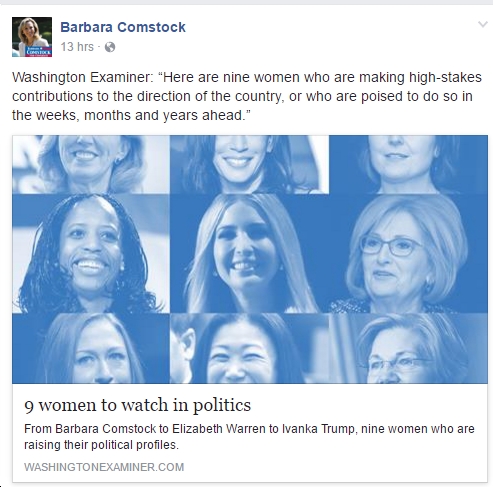 Then there’s freshman Rep. Tom Garrett (R-5th), who hasn’t posted since March 11, before the CBO report came out. But as of then, he was on…yep, you guessed it, Faux “News” to “discuss healthcare issues.” These people are such cliches.

Then there’s uber-deplorable Rep. Morgan Griffith (R-9th), who hasn’t had anything to say (as far as I can see) on the CBO report, but on his Congressional website is busy touting Ryancare as “delivering on the promise to repeal and replace Obamacare, with transparency at each step of the way” (actually, they are breaking a lot of promises and absolutely NOT demonstrating “transparency,” let alone at “each step of the way”). What a buffoon. 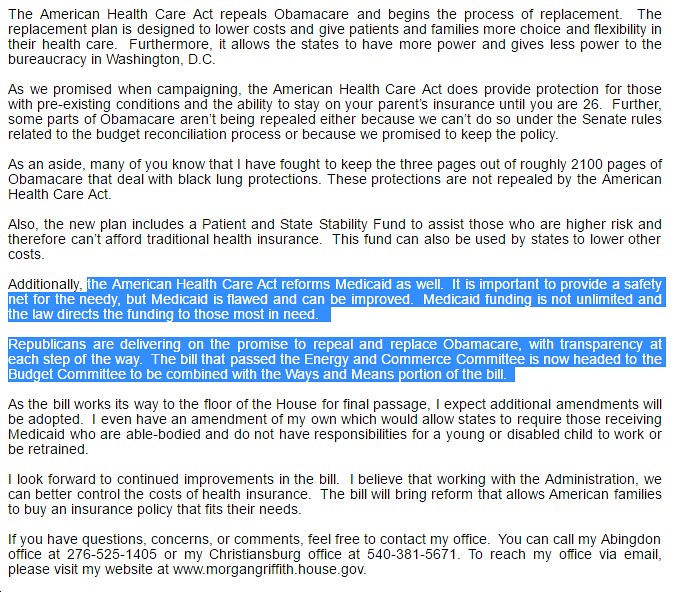 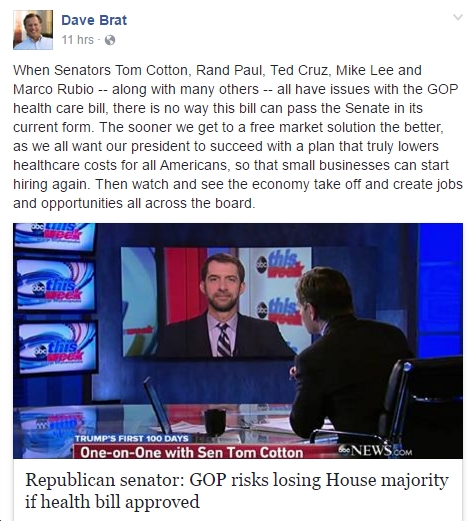 Finally, of all people, Rep. Rob Wittman (R-1st) actually has the sense to say that he can’t and won’t vote for this steaming pile of horse manure. Not that Wittman has any better ideas, of course, but still, it beats the aforementioned complete losers. 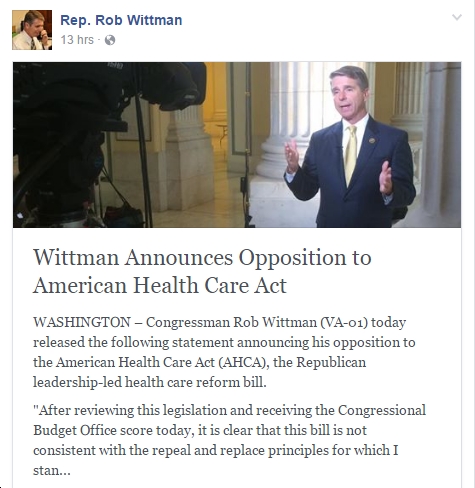