Nice crowd tonight for the Arlington Democrats’ annual Blue Victory dinner. See below for speeches by Virginia AG Mark Herring and gubernatorial candidate Tom Perriello. The straw polls were won by Ralph Northam for governor (by around 2:1 over Perriello); Justin Fairfax for LG with 86 votes (Susan Platt finished second with 57 votes and Gene Rossi third with 7 votes); Erik Gutshall for County Board (Vivek Patil finished second, Kim Klingler third and Peter Fallon fourth) and James Lander by a slim margin over Monique O’Grady for Arlington School Board (Maura McMahon finished third). Great job by everyone who helped organize and run the event tonight, and of course by the Arlington Dems’ fearless leader Kip Malinosky, who’s so dedicated he was there despite his girlfriend Erica Jackson being in the hospital (she’s doing fine, or as Kip noted, he wouldn’t have been there!). 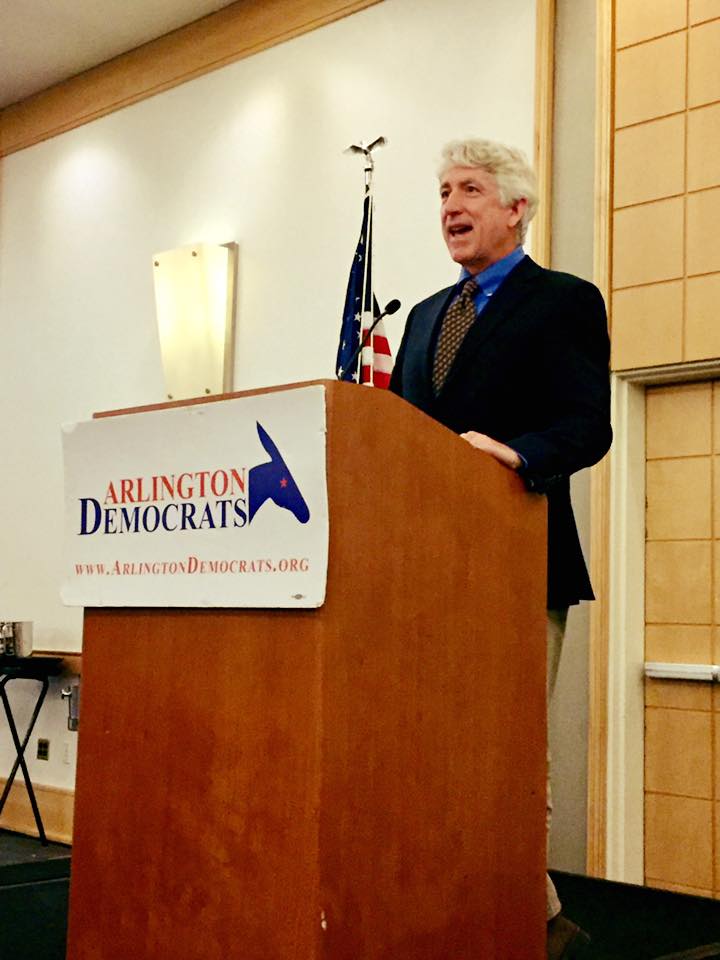