Crazy, despicable white supremacist crap in Charlottesville, Virginia last night. What are these people’s goals? According to their leader, Richard Spencer, “We’re fighting for a White future.” Also gotta love the chants of “Russia is our friend” — near a statue of Robert E. Lee, no less. So…we know exactly what these people are all about, and we know what the response should be: as Tom Perriello put it, “Get your white supremacist hate out of my hometown.” Or as Charlottesville Mayor Mike Signer wrote, “I want everyone to know this: we reject this intimidation. We are a Welcoming City, but such intolerance is not welcome here.” 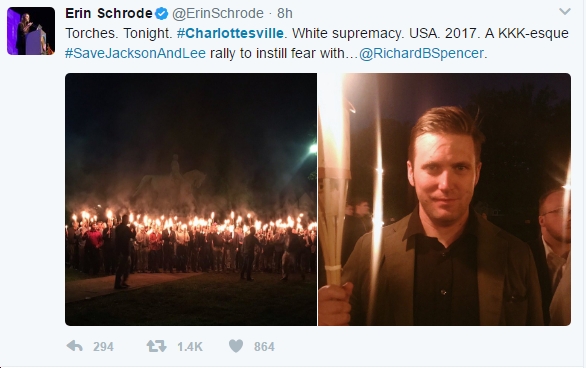 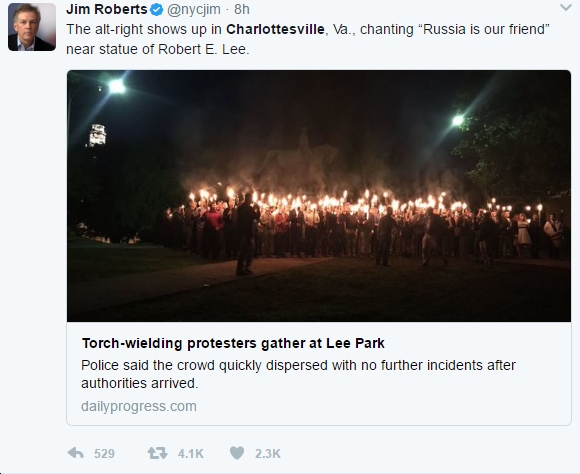 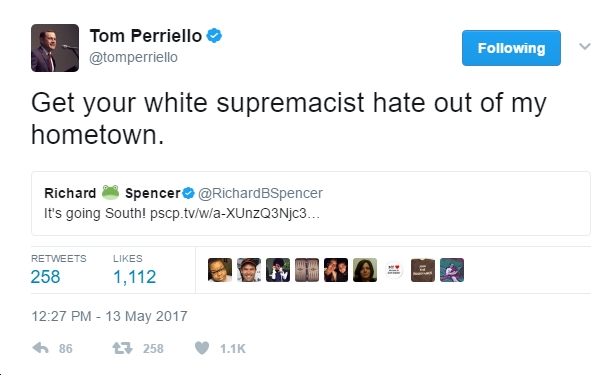 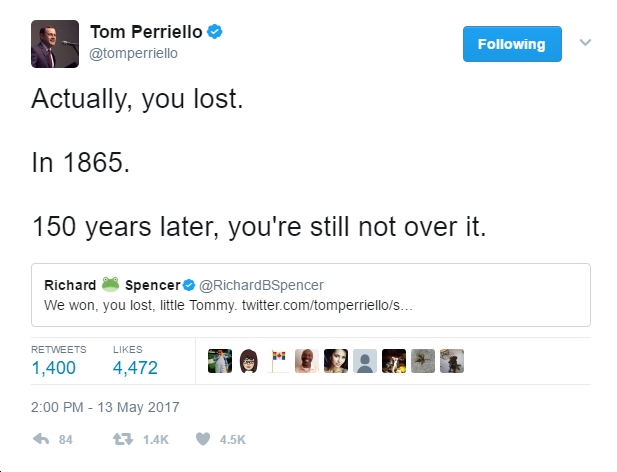 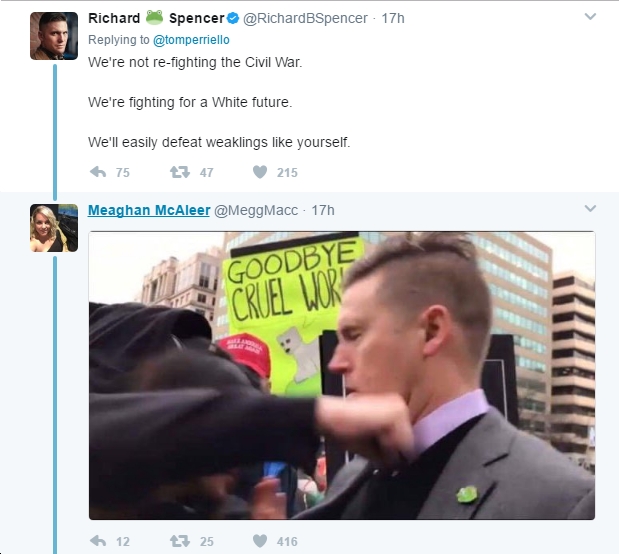 The caption to this video reads as follows:

My brother, girlfriend and I went to check out a protest going down at a park near us and take some pictures. Funny enough, we had just been at a Bar Mitzvah, so we were all a bit dressed up, and I was wearing a red yarmulke (I usually do, I’m not super-religious but I wear the yarmulke all the time). We had no idea what the protest was for. Turns out, it was actually an Alt-Right (a.k.a. neo-Nazi) protest. We did nothing to them besides stand there, hold up a camera, and take pictures. But because I was wearing a yarmulke, they started yelling “Oy vey!” at me, yelling at me about how Israel has a wall and America doesn’t, and calling me Jew. So I started making a video. One brave woman marched into the crowd screaming “BLACK LIVES MATTER!” while everyone around her tried to shut her down. She was a CHAMP. At one point (not caught on the video), the neo-Nazis pushed her and she fell to her knees, still crying out in favor of Black Lives Matter. Fortunately, other folks stepped in and broke it up before it got more violent, and as the protesters marched out, that women was still trailing them, flipping them off and yelling at them. I think the alt-right protest was set to coincide with a multicultural festival that was happening nearby. Fortunately, the police broke them up before they could do anything.

FUN BONUS CONTENT: if you listen, there’s a girl on the right about 17 seconds in who turns to me and yells, “Come here, we won’t bite! COME HERE, YOU JEW!”If you want to show people what the alt-right are like, show them this video. They’re racist, anti-semitic, close-minded bullies.