The last few years Muslim population in Brentsville, Gainesville and Haymarket has grown considerably, with the highest concentration residing in Bristow. Three years ago, ADAMS, a 501(c)(3), bought land in the Brentsville (Rural Crescent area) to build a mosque. A permit from the Board of County Supervisors is required to build this structure.

Some local residents, who are opposed to the mosque, formed a group called FORCE.

First, FORCE complained that Friday prayers would coincide with Patriot High School’s dismissal and create traffic problems. Never in the history of PWC have demands been made on a religious organization to accommodate their worship schedule for the sake of the surrounding community. Nevertheless, ADAMS addressed their neighbor’s concerns by proposing a change to the scheduled Friday prayer times.

Next, FORCE complained that on a busy mosque day, congregants may be forced to park on the street in the event of an overflow parking situation. ADAMS accommodated the citizens’ concerns by agreeing to increase parking capacity at the mosque.

Then, FORCE complained about the size of the building. ADAMS again accommodated the group’s concerns by drafting a plan for a smaller facility. Interestingly enough, the FORCE group did not voice any concerns when the last 8 churches were built in the Rural Crescent, all of which are larger in size than the proposed mosque.

Lastly, FORCE complained that ADAMS wants to use the current sewage system, which feeds into Patriot High School, and that it should not be allowed to do so; instead, FORCE insists that the mosque use a septic system. All of the surrounding homes, schools, stores next to the proposed mosque were built to use the existing sewage system. According to blueprints received from the Service Authority, use of the current sewage system is convenient for the location, easy to hook-up, and cost-efficient. The septic system proposed by FORCE places undue and unnecessary hardship on the mosque and the land on which it is located – it is expensive, incredibly complicated to install, and bad for the land and the environment because it requires trees to be removed and uprooted.

Friends, I ask that you show your support for the ADAMS mosque and solidarity with the Muslim community here in PWC by attending the BOCS meeting on June 27th at 6:30 p.m., in which the mosque permit will be up for a vote. 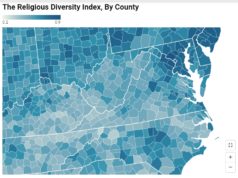 What Does PRRI’s 2020 Census of American Religion Tell Us About Virginia’s Religious Diversity and Political Leanings? 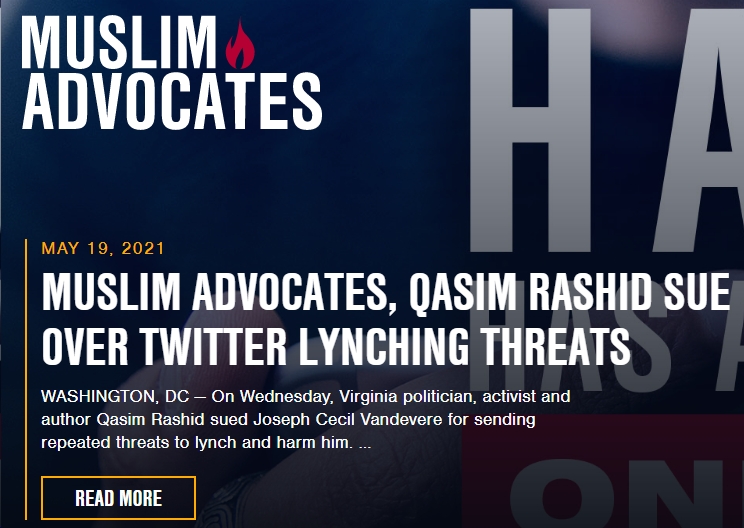 “Friday Night Update” From Dept. of Emergency Medicine Chair at VA Hospital Center: “Clearly, COVID is not done with us yet.” ("I reversed course last weekend when I worked and decided I needed to be in an N95 for the entire shift.") https://bluevirginia.us/2021/07/friday-night-update-from-dept-of-emergency-medicine-chair-at-va-hospital-center-clearly-covid-is-not-done-with-us-yet

.@lgbillbolling (R) wonders if Youngkin made an "unforced error" by not trying to get the NRA endorsement: "there are at least three issues a [GOP] candidate cannot equivocate on: opposing tax increases, being pro-life...supporting the [2nd] Amendment" https://bluevirginia.us/2021/07/the-va-bar-association-debate-a-tradition-for-decades-should-have-been-happening-this-morning-since-cowardly-glenn-youngkin-wouldnt-participate-check-out-cindys-live-tweets-of-the-notdebate#comment-5467962989