This week, Project Blue Dominion is featuring another four great candidates: Larry Barnett, Brent Finnegan, Willie Randall, and Debra Rodman. Check out their info below to learn more about the candidates, their districts, and their opponents. 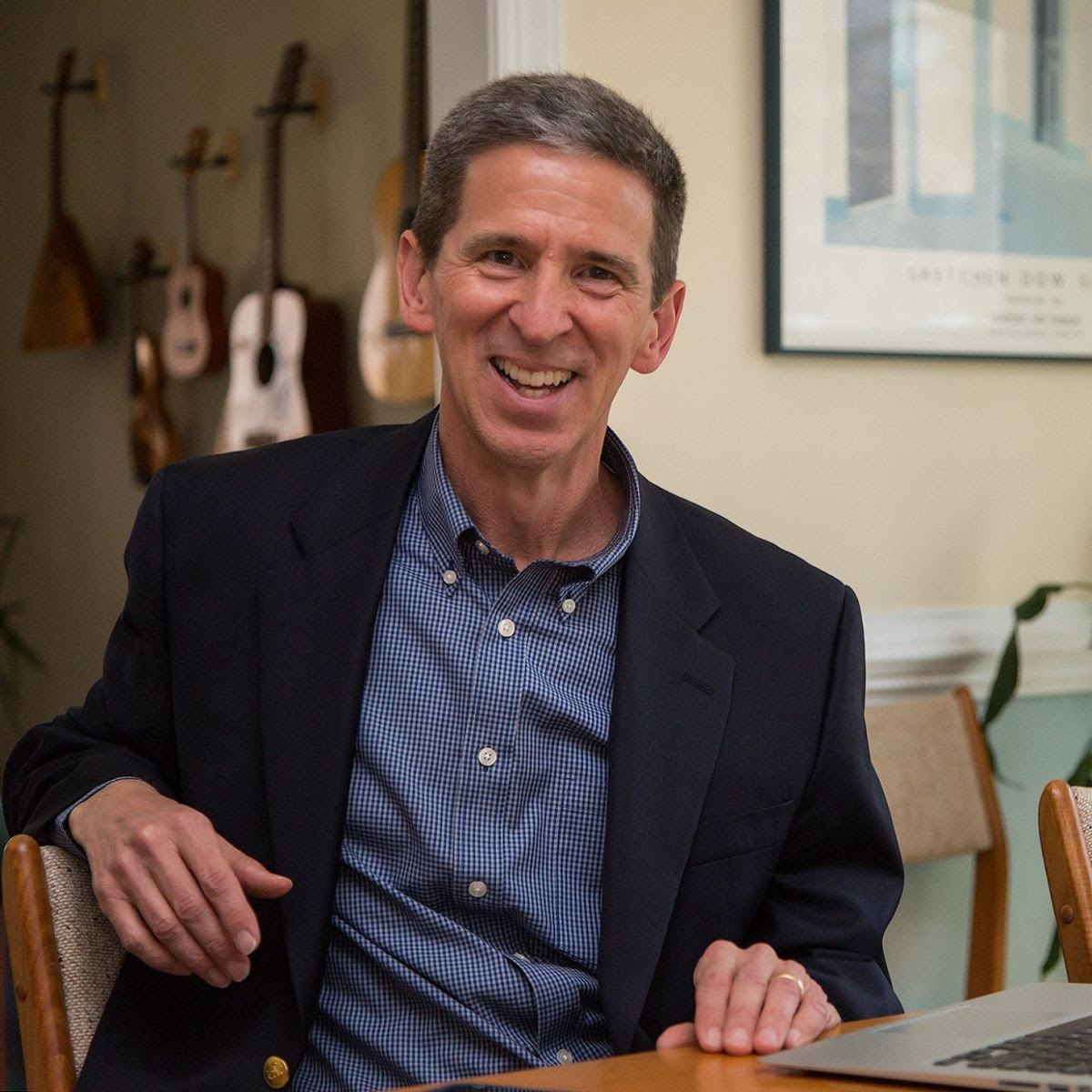 Larry has served Chesterfield County citizens for more than three decades as a mental health professional with Chesterfield County Mental Health Support Services. He currently leads crisis intervention training activities with county first-responders for individuals who are struggling to overcome psychological, substance abuse or other challenges.  He and his wife Pat have lived in Midlothian for nearly 30 years. Their daughter, Eileen, graduated from Midlothian High School, and now lives in Charlottesville while completing her graduate studies at Virginia Commonwealth University.

Larry wants to bring his decades of experience listening to our community and bring your voice to Richmond.

Just one example of why Roxann has to go:

Roxann introduced an unnecessary, harsh bill this session targeting vulnerable families who rely on the Supplemental Nutritional Assistance Program (SNAP). Her bill would have added needless additional bureaucratic requirements on the administration of nutrition assistance by Virginia’s Department of Social Services, thereby targeting Virginia’s poorest and most needy citizens for no valid reason. As Governor McAuliffe noted in his veto statement, “this bill would be a step backwards in our collective efforts to ensure that everyone has the food they need to learn, thrive, and contribute.” 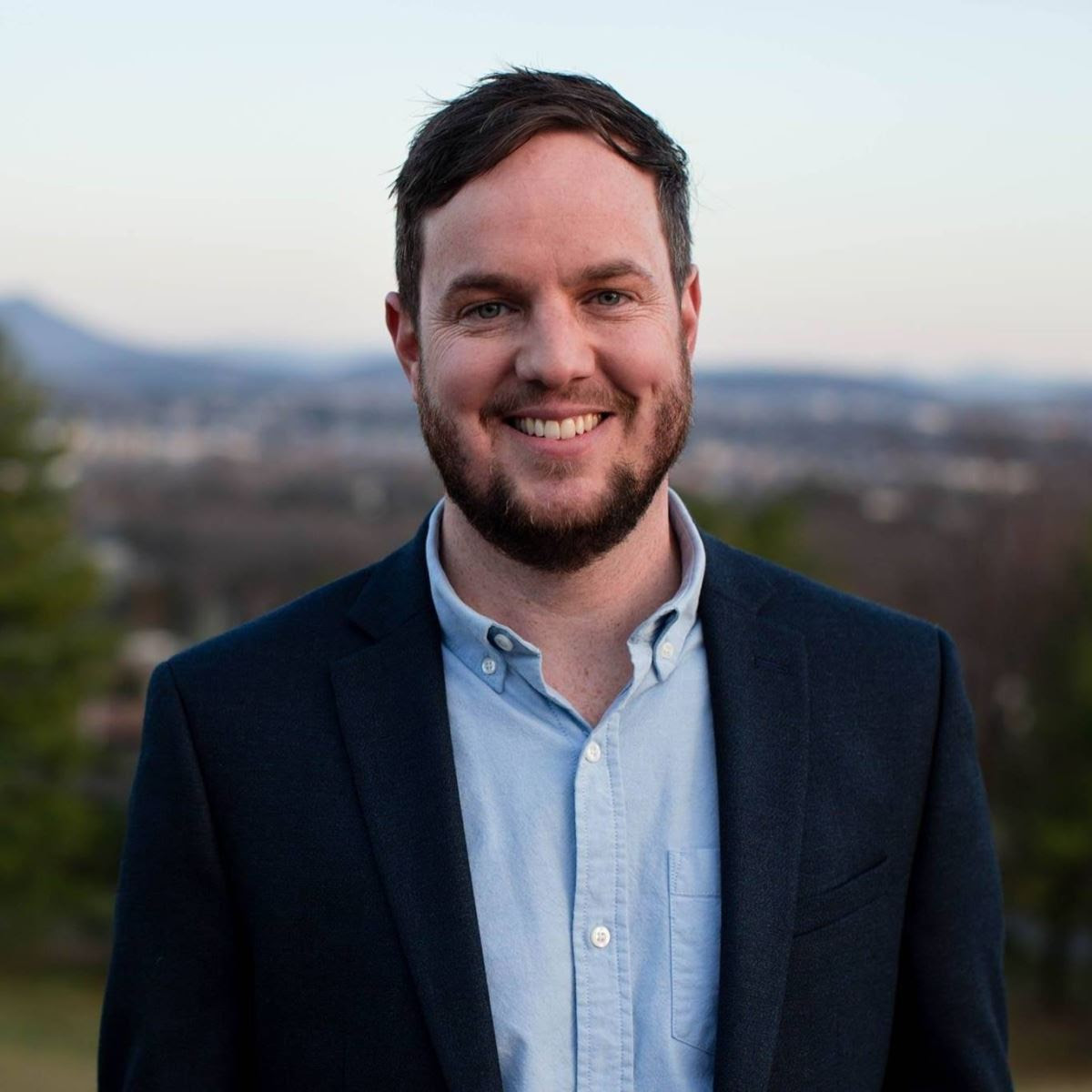 Brent has spent most of his life serving communities across the Shenandoah Valley. Raised in Broadway, Virginia, Brent currently lives in Harrisonburg where he now serves on the Planning Commission.

He has volunteered by teaching citizenship classes at Skyline Literacy and raised funds for Our Community Place. Brent was an integral part of the local grassroots organizing team for Bernie Sanders’s presidential primary campaign that won in Harrisonburg and Rockingham County in 2016.

He has produced TV shows and documentaries at WVPT about immigration policy and farming issues. He founded and ran a local news website, hburgnews.com, which broke local news stories and implemented innovative ways to include readers in the news-making process.

Currently, Brent works at the Institute for Innovation in Health and Human Services at JMU, where he collaborates with local educators and health professionals to reduce drug abuse and teen pregnancy and support rural health initiatives in our community.

This district has not seen a Democratic challenger since a special election in 2010. Although the 26th is traditionally Republican, their margin is shrinking, and a strong candidate like Brent is a great fit for the district. The 26th encompasses Harrisonburg City and parts of Rockingham County, and is currently represented by Tony Wilt (R). Click here for more district details.

Just one example of why Tony has to go:

Tony is firmly anti-choice, despite the fact that 67 percent of Virginians support protecting a woman’s right to access safe and legal abortion care. Tony voted last session for a Republican resolution –which passed– that marks January 22nd, the anniversary of Roe v. Wade, as a “Day of Tears” in Virginia. The resolution encourages Virginians to fly their flags at half-mast on January 22nd. HR268 is not only insulting and demeaning, it is symbolic of the consistent resistance the Republican majority shows to women’s reproductive freedom. 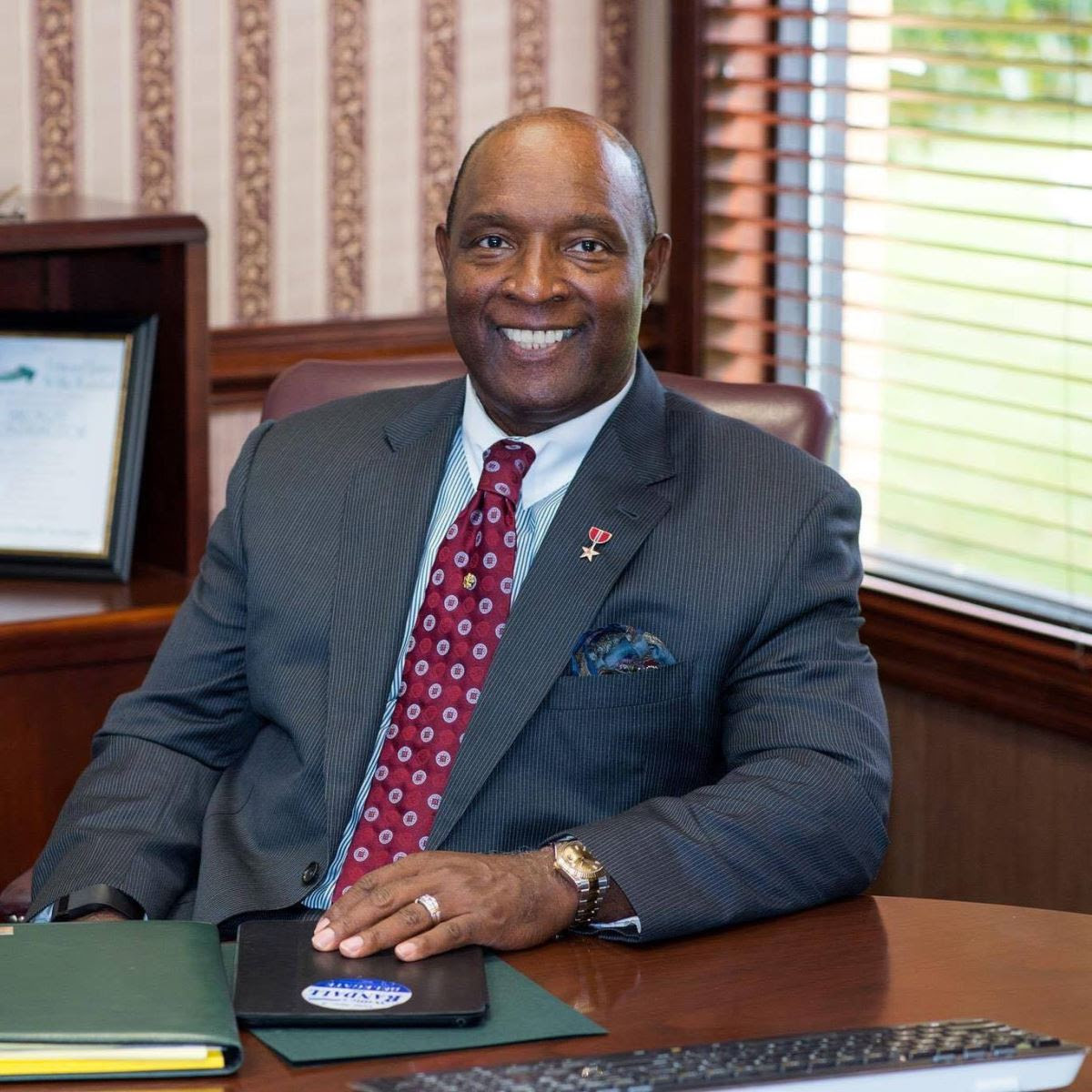 Willie served in the United States Army for over 20 years, and served on the Northampton County Board of Supervisors for 4 years. He has also served on the Virginia State University Board of Visitors as the Vice Rector, Riverside Shore Memorial Hospital Board of Trustees, President of the Melfa Rotary Club and is currently a member of the Onancock Rotary Club. He was a commissioner the Accomack/Northampton Planning and Transportation Commissions, President of the Eastern Shore United Way, and chairman of the board of the Eastern Shore Chamber of Commerce, President of Cape Charles Accomac Alumni Chapter of Kappa Alpha Psi to name just a few of the community organizations he’s worked with over the years.

Upon graduating from Virginia State University, he was commissioned as a second lieutenant in the United States Army, serving in the Persian Gulf War. He was awarded the Bronze Star Medal for service in a combat zone and retired as a Major in 1996. He and his wife Shirley, an anesthesiologist and Pain Management Physician, moved to Virginia’s Eastern Shore upon his retirement from the United States Army. They have one son, Xavier, and a grandson Ashton.

Secretary Clinton won this district by 2 percent of the vote. The 100th encompasses parts of Accomack County, Norfolk City, and Northampton County, and is currently represented by Rob Bloxom (R). Click here for more district details.

Just one example of why Rob needs to go:

Since arriving in the General Assembly in 2014, Rob has been ineffective. He has consistently introduced a meager number of bills each session; in 2014, Rob didn’t introduce a single piece of legislation. Instead, he spends his time voting the party line on subjects concerning concealed handguns, prevailing wages, refugee resettlement, health care, and more. The 100th district’s voters deserve better — an active advocate for the issues that matter most to them. 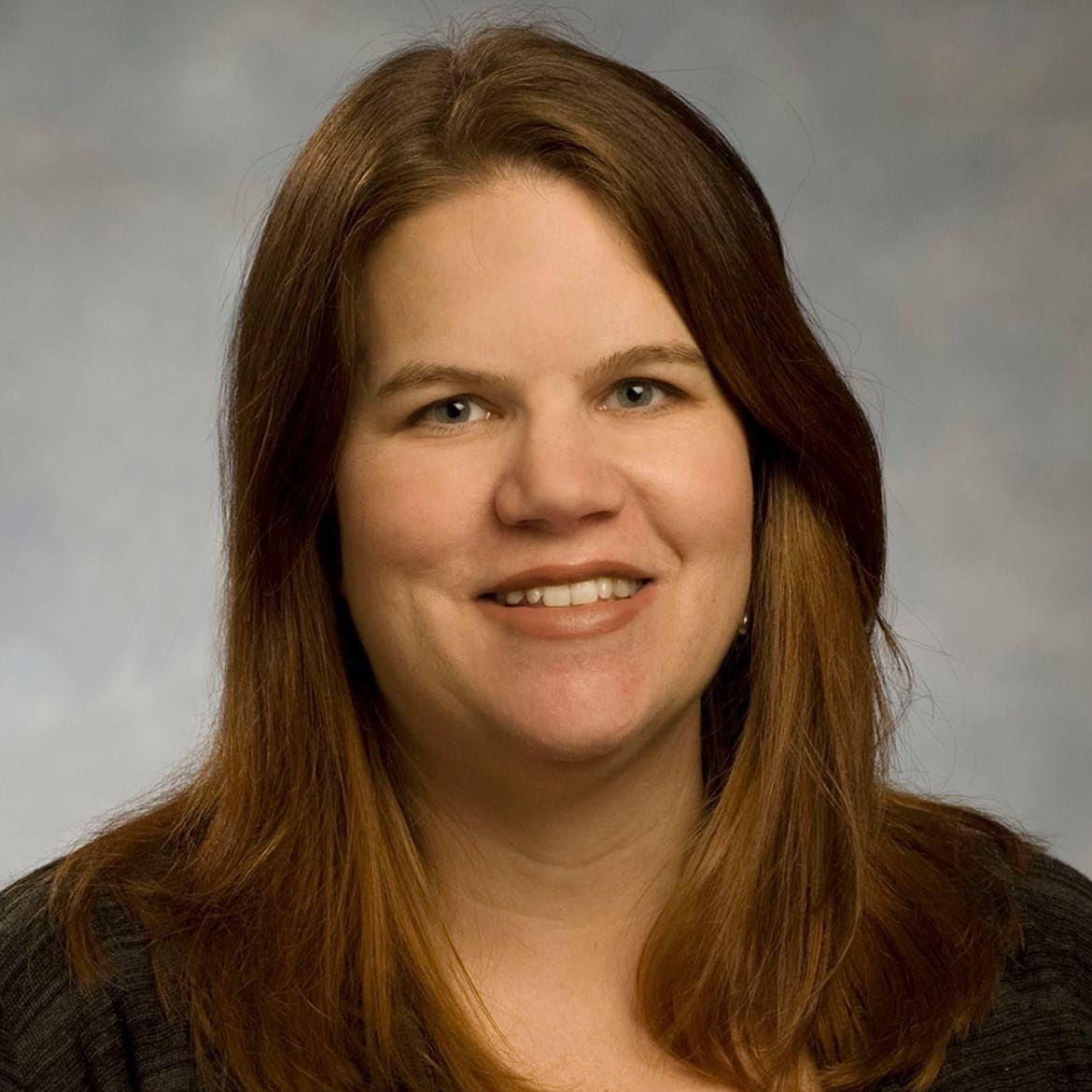 Debra Rodman is a Professor of Anthropology and Women’s Studies and Director of Women’s Studies at Randolph-Macon College. She regularly serves as an expert witness for U.S. Federal immigration courts for families fleeing violence and persecution, mostly women, children, and LGBT individuals. Named as one of Richmond Style Weekly’s Top 40 Under 40, Dr. Rodman is a former Fulbright Scholar and fluent Spanish speaker.
Debra is a mom to two beautiful boys and the wife to Darryl Lowery, a Richmond native and member of the Lumbee tribe of North Carolina. They live in Henrico and attend Temple Beth-El.

Secretary Hillary Clinton won this district by 7 percent of the vote. The 73rd encompasses Henrico County, and is currently represented by John O’Bannon (R).Click here for more district details.

Just one example of why John needs to go:

John is extremely anti-gun safety, and has been consistently endorsed by the NRA and the radical Virginia Citizens Defense League. He has voted to allow guns on school grounds, make it easier to carry concealed, to repeal limits on the frequency of gun purchases by a single individual, and even voted to authorize concealed carrying in establishments that serve alcohol. Even worse, John has co-patronedbills that would make it easier for non-violent felons to access firearms, codify the controversial “castle doctrine,” and allow the carrying of concealed handguns at National Guard facilities.