We all know how right wingnuts, fossil fuel interests and religious zealots like to deny any science that’s inconvenient for their economic interests and/or belief systems. For instance, for those hell-bent on believing that humans are super speeeecial — that we couldn’t possibly just be another species on this planet, descended from other species and other species…going back to prokaryotes,eukaryotes, cnidarians, Pikaia, ostracoderms, cynodonts, etc. — Darwinian evolution is of course a no-no, as it “lowers” us to the level of all other beings on this planet. Horror of horrors, we’re part of this planet and related to other living things on this planet!!!

Another favorite of fossil fuel interests and right wingnut “useful idiots” is to deny, or be “skeptical” about, climate science, for which there is overwhelming evidence going back to the late 1800s (quite the conspiracy among thousands and thousands of living and dead scientists, most of whom never knew each other, eh?). Climate science denial, of course, very clearly serves the interests of a specific industry – fossil fuels, which are the main contributor to this disastrous phenomenon; which have received massive taxpayer-funded corporate welfare for a century or so now; and which badly want to keep their corporate gravy train going, even if it destroys the planet as an inhabitable place. This effort hasn’t just sprung up organically, of course, but has been heavily funded by the fossil fuel folks — see “Dark Money” Funds Climate Change Denial Effort, Koch Industries: Secretly Funding the Climate Denial Machine (“The Koch Brothers have sent at least $100,343,292 directly to 84 groups denying climate change science since 1997.”); ExxonMobil: New Disclosures Show Oil Giant Still Funding Climate Science Denial Groups, Biggest US coal company funded dozens of groups questioning climate change, Institutionalizing delay: foundation funding and the creation of U.S. climate change counter-movement organizations, etc, etc.

Which brings us to today, when tens of millions of Americans will observe a scientific phenomenon – the solar eclipse – that is not being “denied,” that is not having hundreds of millions of dollars spent by corporate interests who feel threatened by it, that makes nobody particularly upset or angry, that basically isn’t controversial in any way. Why not? Because, of course, the solar eclipse is not a threat to powerful, entrenched, wealthy and corrupting corporate interests, as is the case with the science of man-made global warming (to the fossil fuel industry). The solar eclipse also does not appear to be a threat to organized religion, as it might have been in the past, when you could get in a lot of trouble if you claimed the earth revolved around the sun and not vice versa. Eppur si muove and all that. Today, fortunately, even the most hard-core religious denominations seem to accept basic scientific facts, like gravity or the earth orbiting the sun or bacteria and viruses causing diseases (as opposed to “miasma theory” or “humors“) or…solar eclipses. Now, if only our climate-science-denying and/or evolution-denying friends would extent their “belief” in the not-inconvenient truths into the more-inconvenient (for powerful, wealthy, entrenched interests) truths, we’d possibly be making some progress for a change… 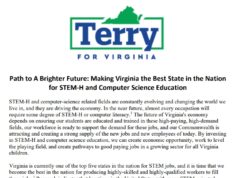