Check out the following tweets – from VA GOP Chair John Whitbeck, LeBron James and 2013 VA GOP Lt. Governor nominee (and all-around extremist, lunatic, etc.) E.W. Jackson and see who you agree with re: Trump’s disgusting, disrespectful, undignified, unAmerican, racist “War of Words with Black Athletes” (“In a speech Friday night, Trump urged NFL owners to fire players who protest. ‘Get that son of a bitch off the field right now, out. He’s fired. He’s fired!'”). For my part, I’m siding with Stephen Curry, LeBron James and other black athletes standing up for their constitutionally guaranteed rights every day of the week. 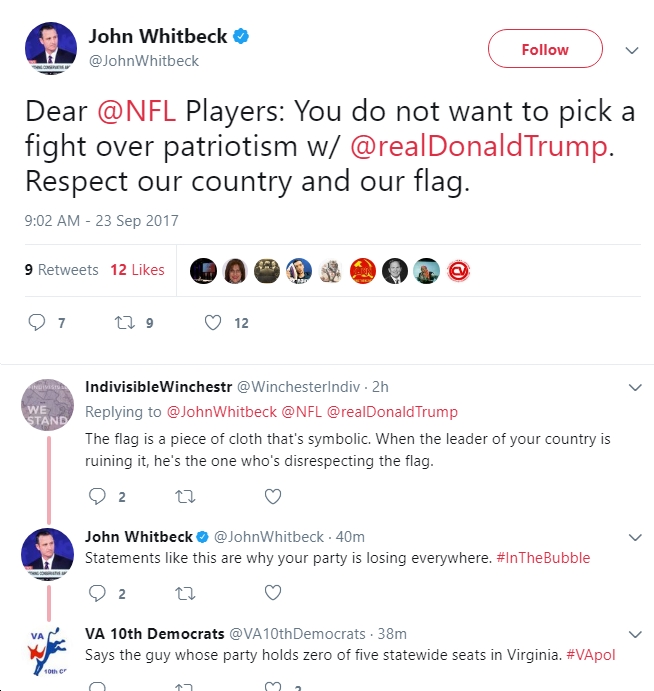 U bum @StephenCurry30 already said he ain’t going! So therefore ain’t no invite. Going to White House was a great honor until you showed up! 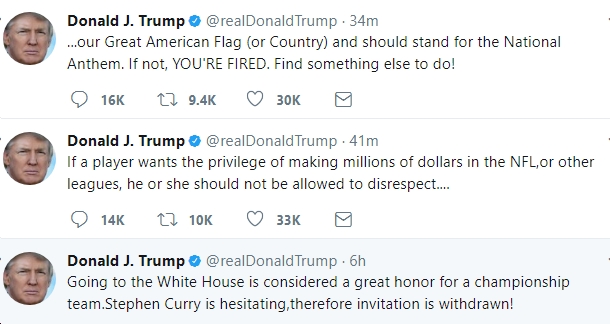 Trump wishes NFL owners would tell anthem protesters "get that son of a bitch off the field right now" pic.twitter.com/gq4EH3lNoY