Now and again, as a political blogger, there are those rare moments of zen. This is one of them: VA GOP Chair John “Anti-Semitic Joke Dude” Whitbeck leaps to the defense of Rep. Barbara Comstock (R-VA10) against former Trump campaign Virginia co-chair (and right-wing talk radio host) John Fredericks. Check out this exchange; I found it highly entertaining and hope you do too! 😉

P.S. That tweet by “Momma Bear” is spot on — Comstock always seems to have an excuse for everything, including not holding town halls or appearing in debates or whatever. But maybe she’s busy making sure that Loudoun County remains the “wind capital of the east” or cowering from the supposed “sexist attacks by Va Dems” (note: I challenge anyone to find one, other than in John Whitbeck’s fever swamp of an imagination)… 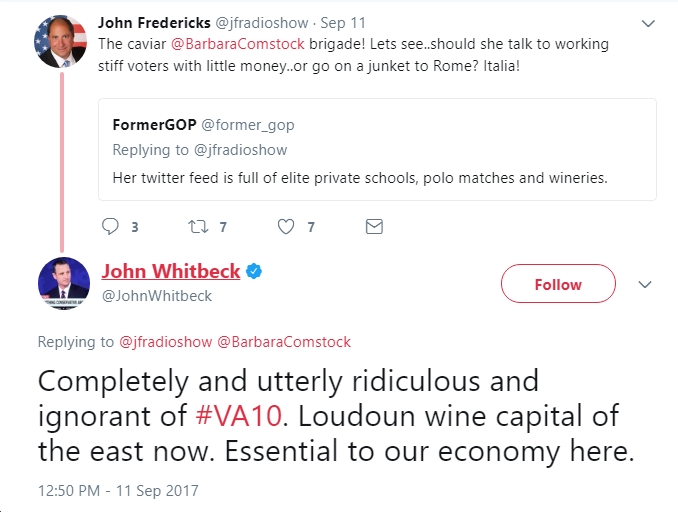 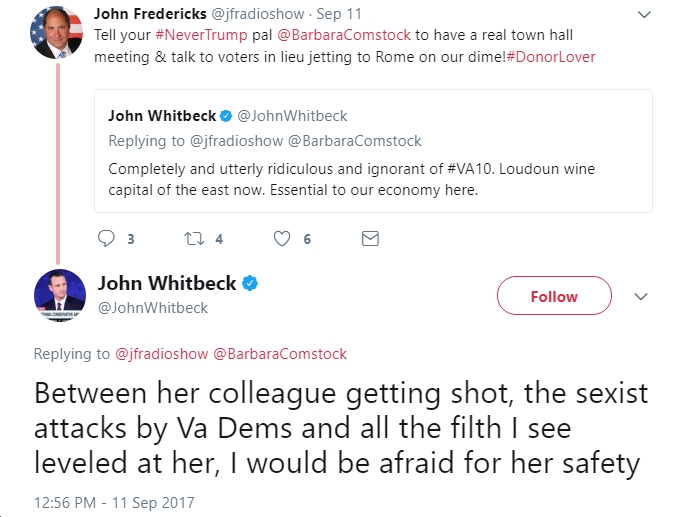 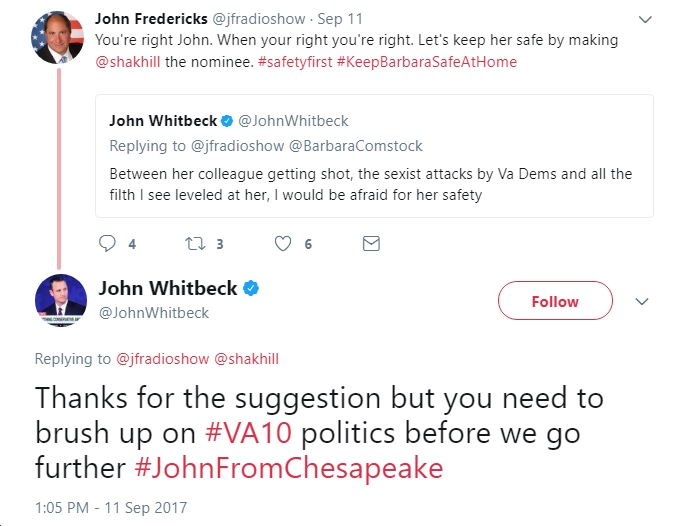 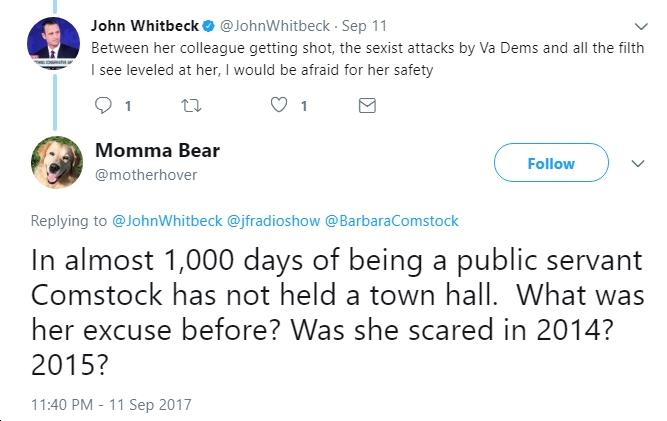