Welcome to the 13th edition of Flip-a-District Friday. This week Project Blue Dominion is featuring Stephanie Cook, Jamaal Johnston, Natalie Short, and Michael Wade. Check out their info below to learn more about the candidates, their districts, and their opponents. 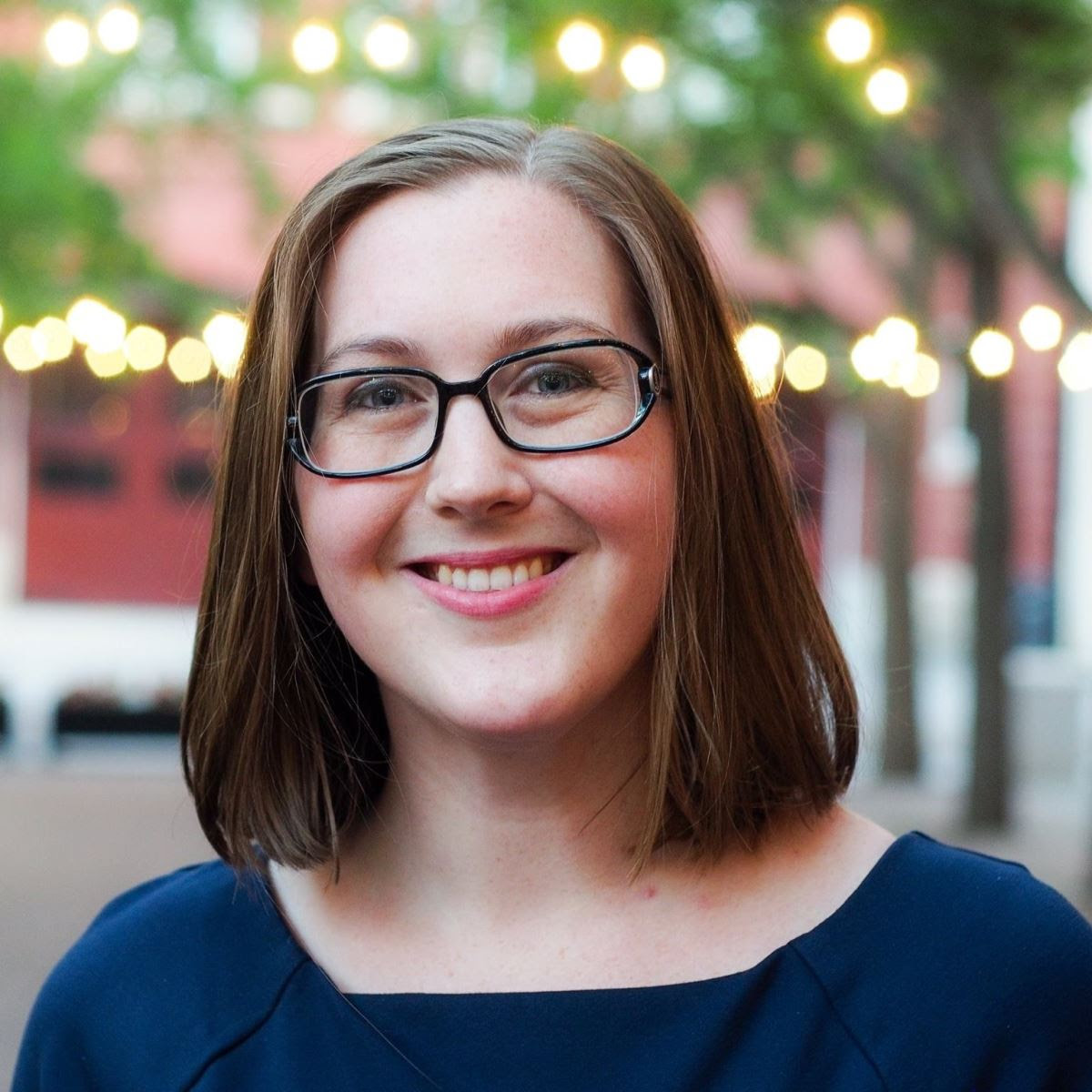 Stephanie is a community activist and public school teacher. After graduating from Franklin County High School she moved to Florida to attend college, but her love for Virginia and the area brought her back home in 2012. Stephanie has faced massive student loan debt, worked 60+ hour work weeks in a local factory, married, and transitioned to teaching while raising three children. She knows firsthand the plight of Virginia’s working families and remains dedicated to helping others through her volunteer work with local churches and nursing homes.

Like her fellow residents of the Ninth District, Stephanie is a fighter. She will take the fight for good jobs, quality healthcare, and a world-class education system right to Richmond. She knows there is far more work to be done to ensure that the Ninth District can and will be the best place to live, work, and raise a family.

Stephanie and her family are residents of Rocky Mount, Virginia. She holds a Bachelor’s degree in Religious Studies from Stetson University and is currently pursuing her Master’s at Liberty University where she is focusing on Special Education.

Just south of Roanoke, the district’s southern edge makes up part of the border between Virginia and North Carolina. The 9th District encompasses parts of Franklin, Patrick, and Henry Counties. It is currently represented by Charles Poindexter (R). Click here for more district details.

Just one example of why Charles needs to go:

Charles is steadfastly opposed to Medicaid expansion and has used his position as a member of the House Appropriations Committee to stop it again and again.

Charles has railed against expansion both as a member of the Medicaid Innovation & Reform Commission (MIRC) and through his website, arguing that expansion is “poor policy balanced on the backs of Virginia taxpayers.” This is an odd argument, considering Virginia taxpayers’ money is already funding Medicaid expansion in other states. The Commonwealth has already forfeited $10 billion by not expanding Medicaid. In response to calls from Virginia hospitals to expand, Charles chose to point fingers instead of respond with substance, stating that “[w]e’re sympathetic to the hospitals, but Virginia didn’t cause the problem…The ACA caused the problem.”

Charles’ position is particularly puzzling given that the 9th District includes 4,600 people who would directly benefit from Medicaid expansion, making the district 15th of one hundred House of Delegate districts when ranked by how many people would be covered by expansion. Click here to read a touching story about one of Charles’ constituents who desperately needs coverage through Medicaid expansion. 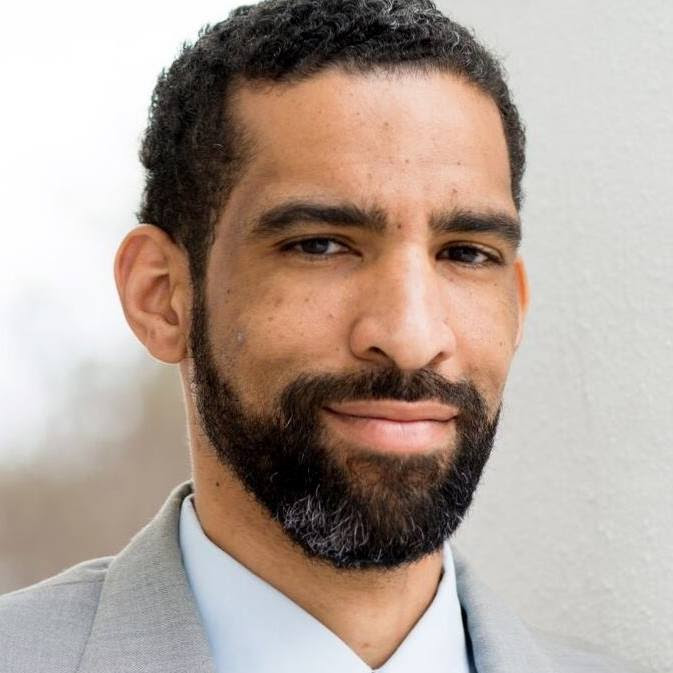 Jamaal Johnston has lived in Prince Edward County for over 25 years. He and hiswife, Zakiyyah, have been married for 19 years and have three sons and a daughter. He became an entrepreneur directly after high school and built his own small business, White Hawk Security International, Inc. While continuing to grow and operate his business, Jamaal earned his Bachelor’s Degree in International Business from Strayer University and his MBA in Project Management from Walden University. He is currently a candidate for a Doctorate of Business Administration degree.
Jamaal is dedicated to improving his community and the quality of life for all residents, and believes serving as an elected representative is the ultimate public service. His top priority is improving Virginia’s educational system, because he understands that a quality education is a difference-maker — a first-rate education can open doors for people in rural areas who would not otherwise have a chance to better themselves. To encourage students to take full advantage of their opportunities, Jamaal started a nonprofit organization called The 500K Club, which works with students beginning in their freshman year of high school and mentors them until they graduate college.
Along with improving our education system, Jamaal will focus on fixing the broken parts of our criminal justice system and bring principle-based leadership back into public service. He will work diligently to get results through the most productive route instead of simply echoing answers proposed by one single party. He is dedicated to making positive change without clinging to party lines or old ideas.

The 60th District is comprised of parts of Halifax, Prince Edward, Charlotte, and Campbell Counties. Just south of Lynchburg and west of Danville, it borders North Carolina. The district is currently represented by James Edmunds (R). Click here for more district details.

Just one example of why James needs to go:

James has not only echoed the type of divisive, dog-whistle language that President Trump does (“Trump gave us hope that we could go back to the America that we knew before“), he became a part of the “fake news” problem that we knownegatively affected the 2016 presidential election.

In September 2016, James made headline news in his local paper for distributing an article from a fake news website, “The Baltimore Gazette,” a site that famouslyasserted that every presidential race since John F. Kennedy’s election has been rigged. The fabricated article James shared claimed that Secretary Clinton received all of the questions in advance ahead of a debate with Donald Trump. When pushed about why he chose to spread fake news, James responded, “I didn’t post it, I just shared it.” When asked to take down the well-debunked article because of his influential position as a Delegate, he admitted that “I can see where people might take more credence [in the information] because I shared it,” but he ultimately refused, stating that “[w]hen you take something down, it infers you’ve done something wrong.”

James is not only part of the fake news problem, he knows it, and refuses to back down. The 60th District deserves better. 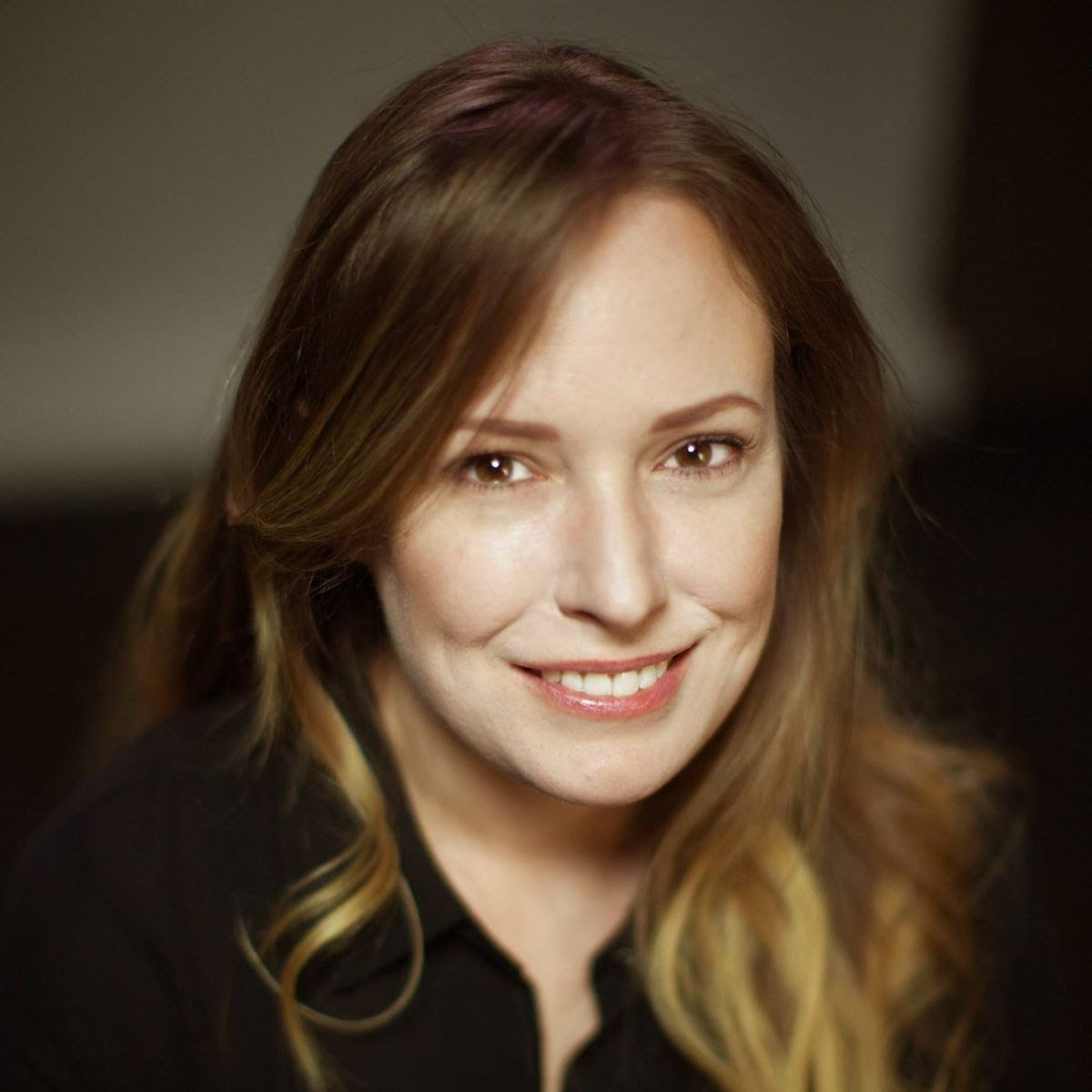 Natalie Short is a wife and mother of two children. She moved to Lynchburg four years ago with her family and formed a deep love for the city and the community. She is a member of the Lynchburg Democratic Committee, and has worked as a paralegal and field director.

Last year as a field director for New Virginia Majority, she was able to speak to hundreds of people in the community, hearing their needs and concerns first-hand. Natalie was moved to step up and represent them.

In 2012 Natalie volunteered at an orphanage named LAR in Brazil, and it was there that she learned the importance of investing in our children’s futures and what it takes to set them up for success. After returning from Brazil, she immersed herself in learning the needs of her local community’s children and families.

Natalie wants to be an advocate and a strong voice for our area, particularly for those who feel that they are not being heard.

Although this district is traditionally Republican, the margin here has been shrinking. Bordered in parts by Goose Creek and the James River, the 23rd District encompasses parts of Lynchburg City, Bedford County, and Amherst County. It is currently represented by Scott Garrett (R). Click here for more district details.

Just one example of why Scott needs to go:

As a member of the House Health, Welfare and Institutions Committee, Scott has shepherded through some of the worst bills to come before the House of Delegates — many of them seem intent on making it more difficult for Virginia’s most vulnerable populations to receive the assistance they desperately need. For example, Scott voted in Committee for bills that would:

Scott’s votes are particularly concerning considering the economics of this district. Take, for example, Lynchburg City, 66 percent of which is located in the 23rd District. Lynchburg CIty has a poverty rate more than double Virginia’s average (24.8 percent versus 11.2 percent) and an extremely low median household income compared to the rest of the Commonwealth ($39,589 versus $65,015). This district needs a Delegate who will fight for struggling families, not make their lives more difficult.

Michael Wade has lived in Virginia’s peninsula region since 1997. As an active community member, he is keenly aware of the challenges that residents in the District face every day. While working in cyber security full time, Wade is also completing his Bachelor’s of Science degree at Old Dominion University. He is majoring in computer science and minoring in cybersecurity. Michael is also a husband and father to two young girls.

Wade is passionate about a number of policy areas, particularly the expansion of Medicaid, environmental protection, and supporting hard-working Virginian families. He plans to actively advocate for these policies in the Virginia House of Delegates with the goal of lifting up the concerns and priorities of folks in the 91st District and throughout the Commonwealth.

The 7th District encompasses parts of Hampton City, York County, and Poquoson City. The district is situated on the southwestern end of the Virginia Peninsula in the Hampton Roads region. It is currently represented by Gordon Helsel (R). Click here for more district details.

Just one example of why Gordon needs to go:

Gordon has a solid record when it comes to trying to limit Virginians’ ability to vote. In 2017, he supported bills that would:

Gordon has also copatroned bills to make it more difficult for the Governor torestore felons’ voting rights and to require proof of citizenship, proof of residence, AND a photo ID to register to vote. The 91st District deserves better representation than someone who doesn’t seem to want its citizens to exercise their fundamental right to vote.

Graphics: How Did the Virginia House of Delegates Candidates Do in 2019 Compared to the 2017 “Blue Wave” Election?