For those of you not familiar with her, Heather Cordasco is the Republican nominee in the 93rd House of Delegates district (Newport News, James City County, Williamsburg, York County; a 57%-38% Hillary Clinton district), facing off against Del. Mike Mullin (D). As you can see from the video, below, Cordasco really REALLY doesn’t want to talk about the type of work she does at her day job. Note how Cordasco first claims that “we are an investigative think tank,” then says she’s “happy to talk about the campaign,” but that she “wasn’t really here to talk about work.”

And why would Cordasco be reluctant to talk about her day job at the “Capital Research Center?” Check out the video first, then I’ll explain.

So…it turns out there’s very good reason why Cordasco  might be just a weeeeeee bit reluctant to talk about her work (as Philanthropy Officer) for the Capital Research Center.  For instance, Cordasco probably doesn’t see it as political advantageous, especially in a district that went by 19 points for Hillary Clinton last November, to talk about the fact that folks at this far-right organization have said stuff like…

It goes on and on, but these are just a few insane examples that jumped out at me after perusing the Capital Research Center’s website for a few minutes.

By the way, check out the following mailer from Cordasco, in which she hides her employment by this far-right, extremist group, simply calling it a “Non-Profit,” without further elaboration. Very deceptive/misleading, of course, but after looking at the “Non-Profit”‘s website, one can perhaps understand why Cordasco would be a bit…uh, reticent when it comes to what she does for a living. 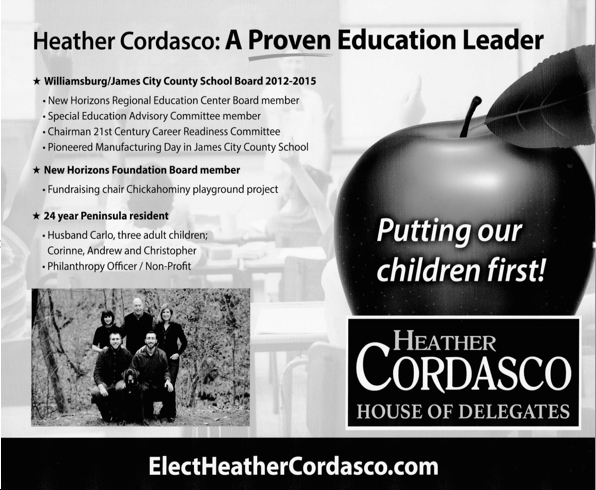 In the end, it’s not too surprising that Cordasco wouldn’t want to talk too much about a group whose activities include:

Bottom line: It is now crystal clear why Heather Cordasco desperately doesn’t want to talk about her employer or what she does for said employer, and it’s also crystal clear why everyone in the 93rd House of Delegates district should vote to reelect Del. Mike Mullin on November 7.