RICHMOND – Yesterday evening Governor Terry McAuliffe sent a letter to Virginia’s delegation in the United States House of Representatives urging every member to vote against the Sportsmen Heritage and Recreational Enhancement (SHARE) Act, which would put lives at risk by eliminating federal restrictions on the sale of firearm suppressors.

“If passed, the SHARE Act would encourage the use of devices that suppress the sound of gunfire, making it much more difficult to identify, find, and stop shooters like the man who killed more than 50 people in Las Vegas on Sunday,” Governor McAuliffe wrote in the letter. “This was a horrendous attack, but it could have been even worse.”

The Governor urged every member of the Virginia delegation to vote against the bill whenever it may come up, saying, “As elected officials, we must do everything in our power to prevent something like this from happening ever again. But the first step should be to block legislation that would make heinous acts like this even easier to commit. On behalf of the people of Virginia, I urge you to vote ‘no’ on the SHARE Act when it comes before you.” 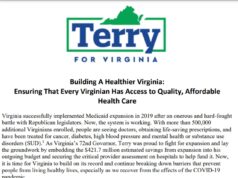 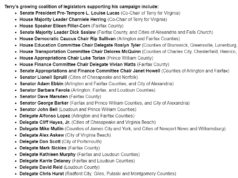