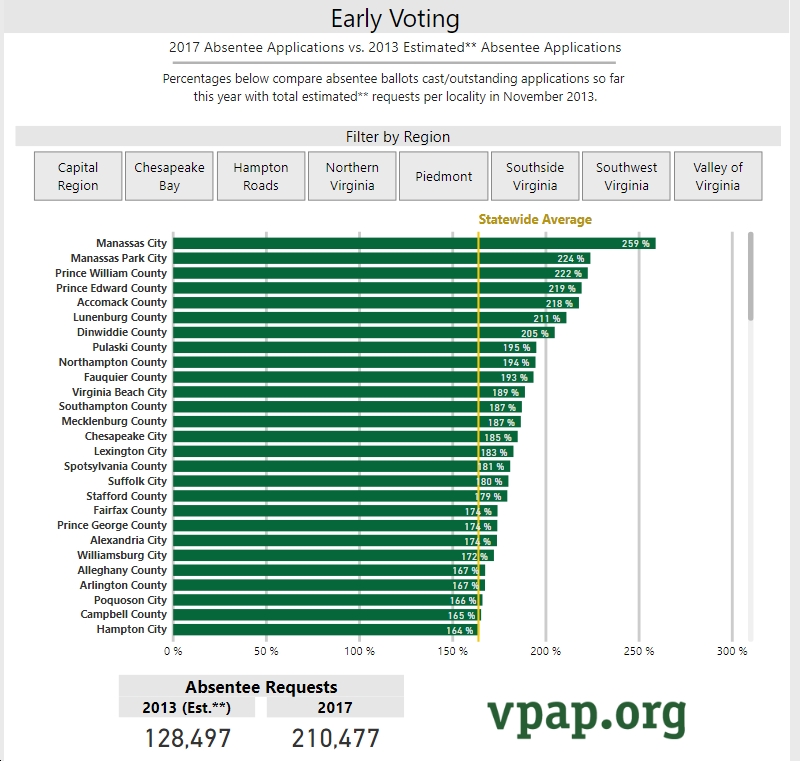 Check out the graphics below (and to the right; click to “embiggen” on that one), by VPAP, of final absentee ballot numbers in Virginia for 2017 compared to 2013. The overall takeaway is that this seems to be very good news for the Democrats. See below for a lot more detailed analysis…

Again, note that by far the largest jurisdictions here are either blue/heavily blue (Fairfax County, PW County, Arlington County, Alexandria, Hampton) or purple (Virginia Beach, Chesapeake), with the red jurisdictions (Stafford, Spotsylvania, Fauquier and Campbell) much smaller. So, overall this is looking very good for the “blue team” and not nearly so good for the Republicans. 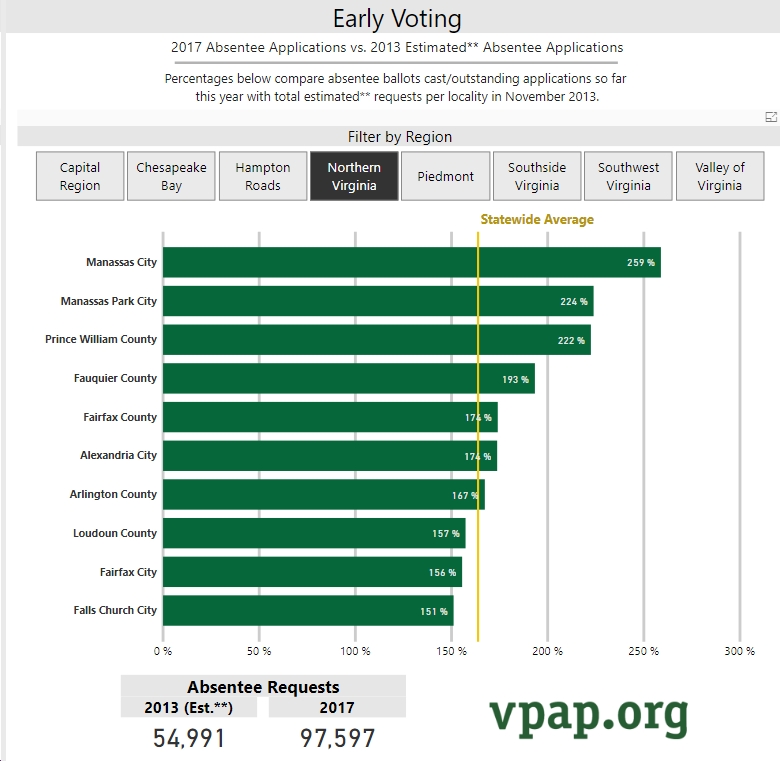 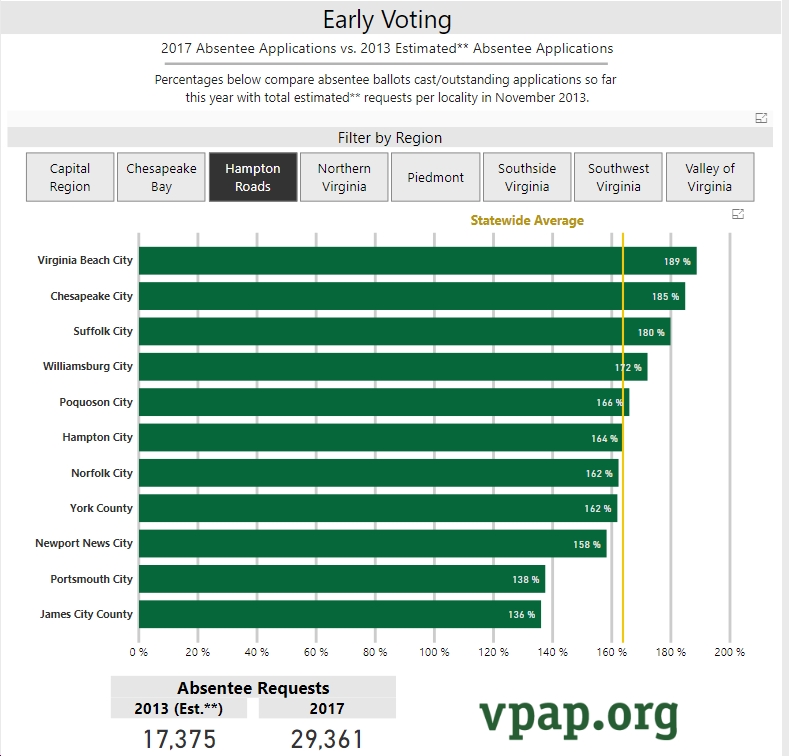 Here’s the Capital Region – in third place, at 25k requests. 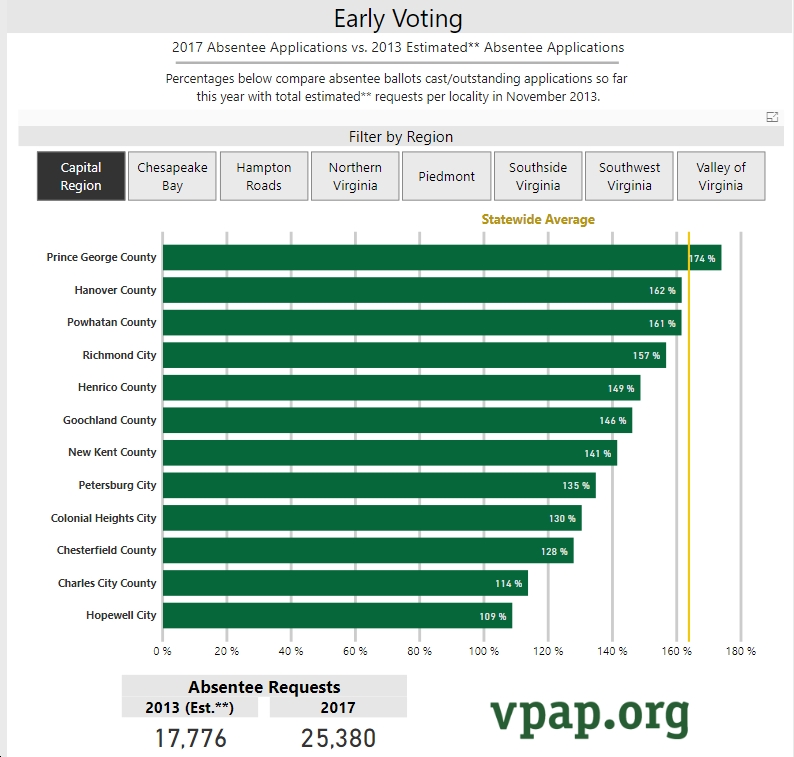 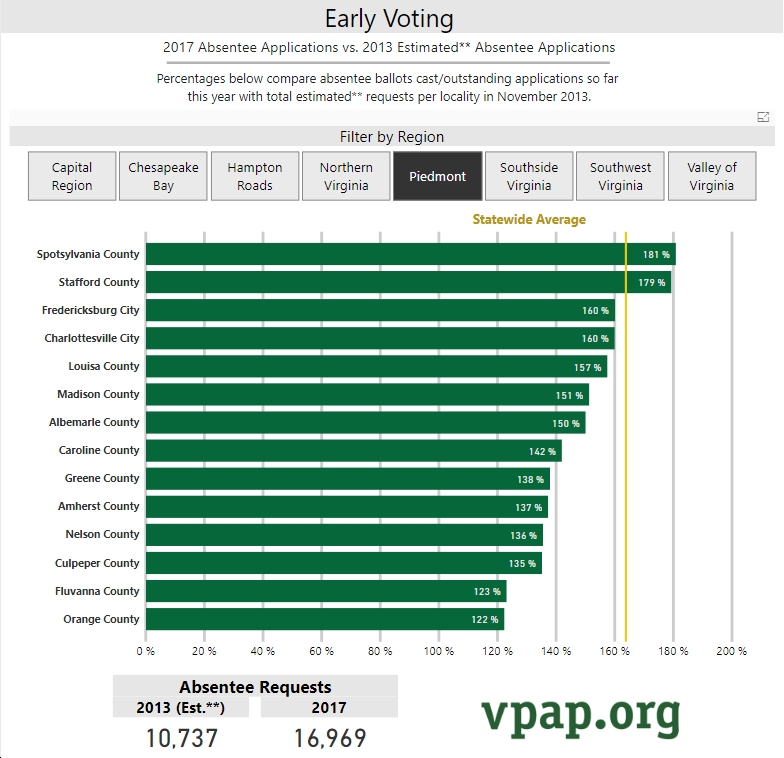 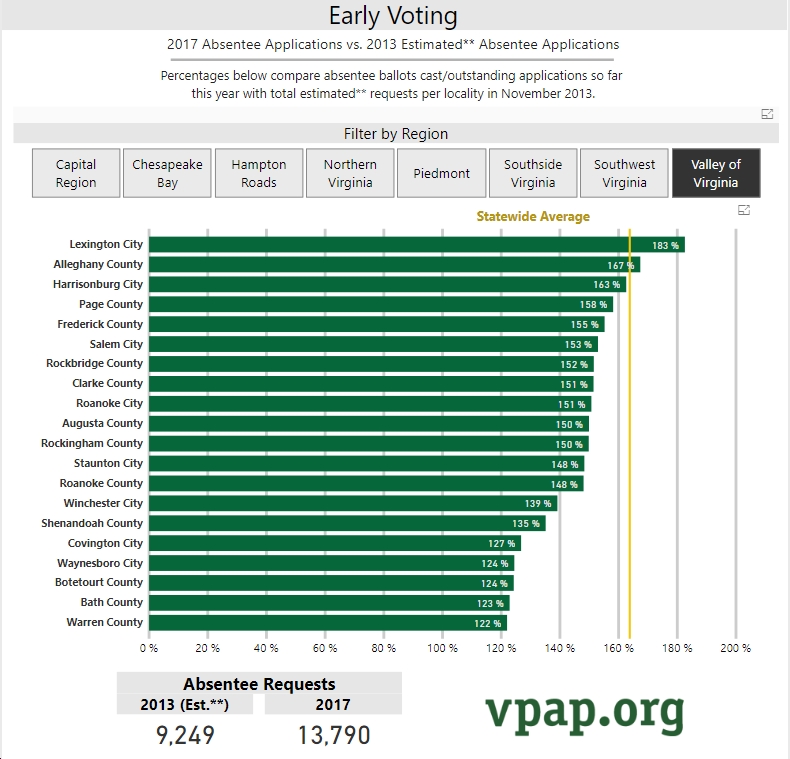 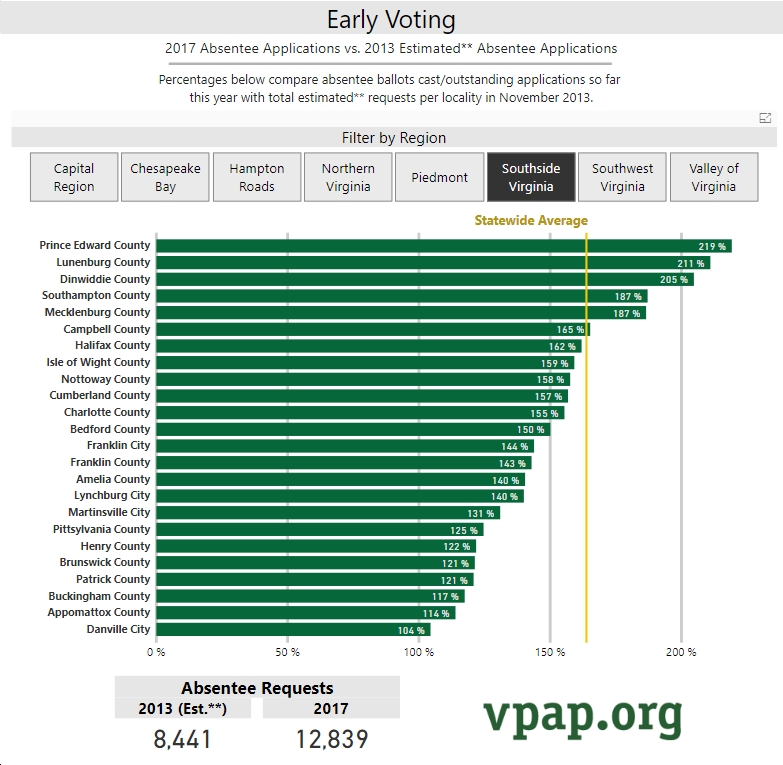 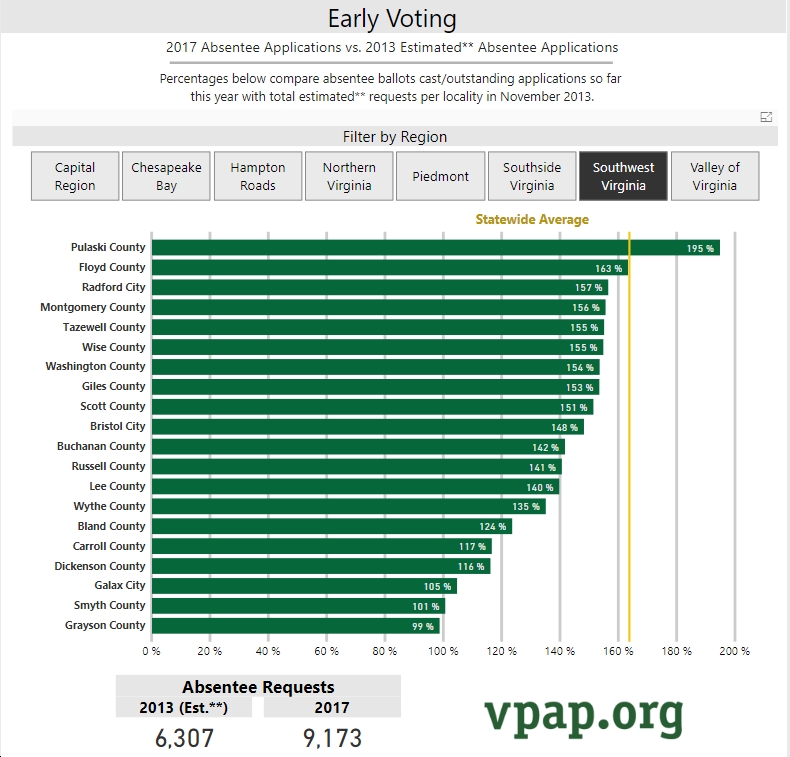 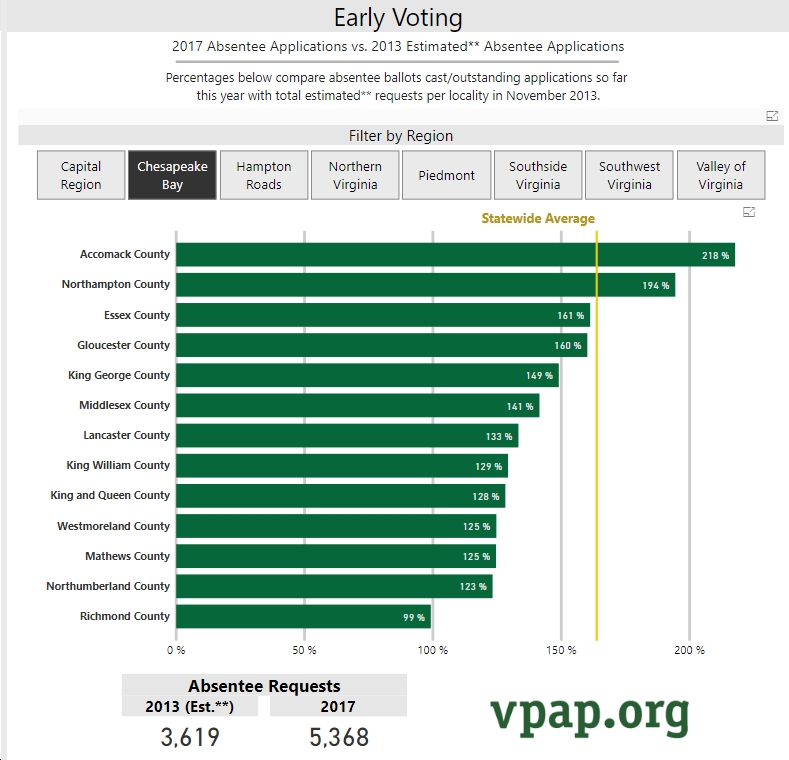