Fun times at today’s VA GOP “Advance” (aka, RETREAT!!!), it would seem. I particularly enjoyed Ed Gillespie’s hissy fit (see below) about supposedly being misquoted, when he was quoted exactly, as you can see from the following video. I also enjoyed VA GOP Chair John Whitbeck’s defensiveness about super-vulnerable GOP Members of Congress Barbara Comstock (VA-10) and Scott Taylor (VA-02) not being at the “Advance” (aka, RETREAT!!!). According to Whitbeck, neither Taylor nor Comstock should “ever ever ever” leave their districts. Which, of course, would mean they could never be on Capitol Hill, but that minor detail aside, it also means that Whitbeck must be super concerned/panicked about losing these two incumbents next year. Also gotta love that photo of neo-Confederate Corey Stewart and anti-Semitic “joke” dude John Whitbeck, two guys who despise each other (note that Stewart called for Whitbeck’s resignation as VA GOP chair), mugging for the camera. Finally, how about that classy Corey Stewart’s snarky comment about Ed Gillespie, who Stewart obviously despises (one big happy family at the VA GOP, eh?), wearing a sweater. Don’t ask…more macho bulls*** from the party of macho bulls***, apparently. 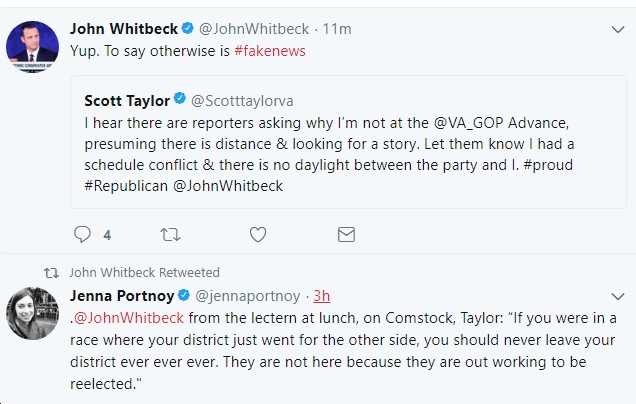 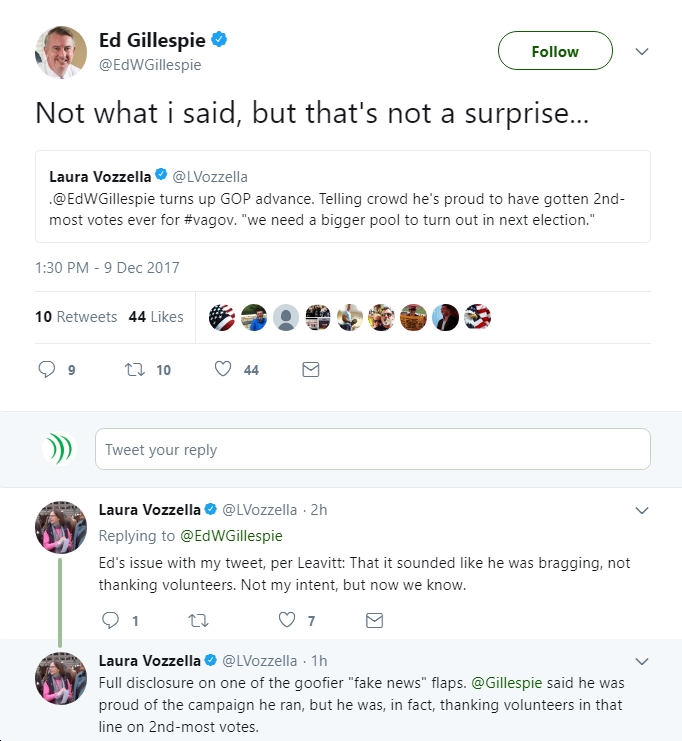 P.S. Also check out this lunacy by Corey Stewart, plus the cameo appearance by the disgraced Sean Spicer and more evidence that the VA GOP is the bought-and-paid-for party of the Koch brothers. 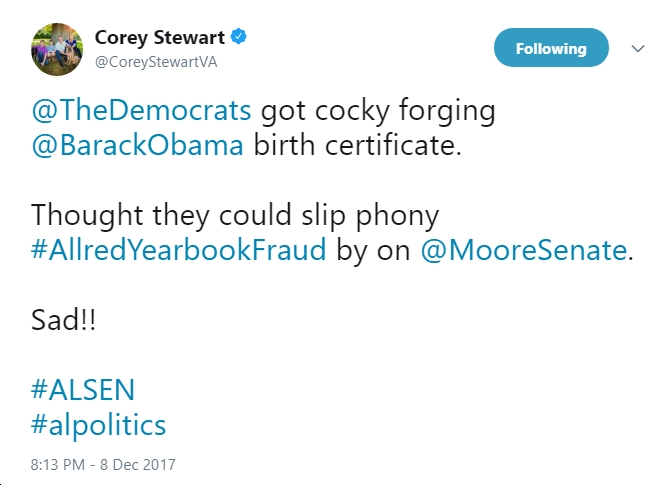 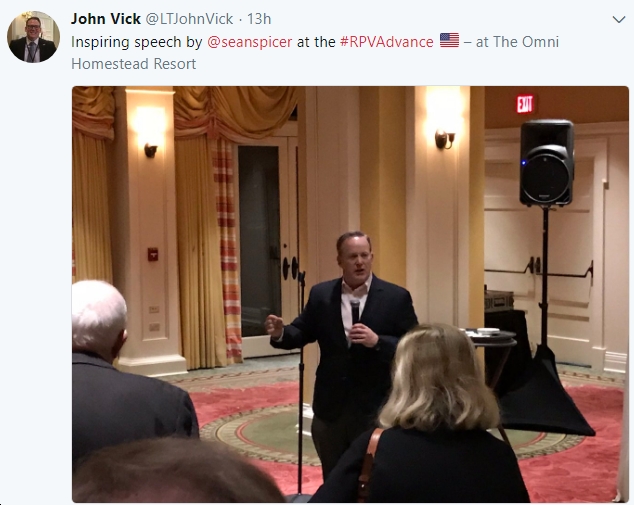 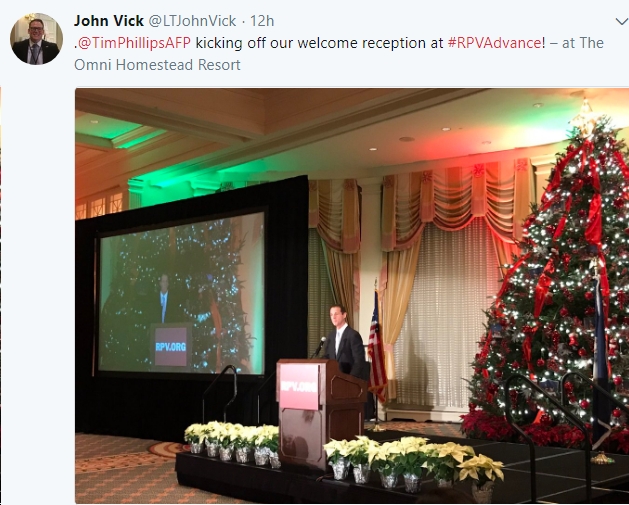 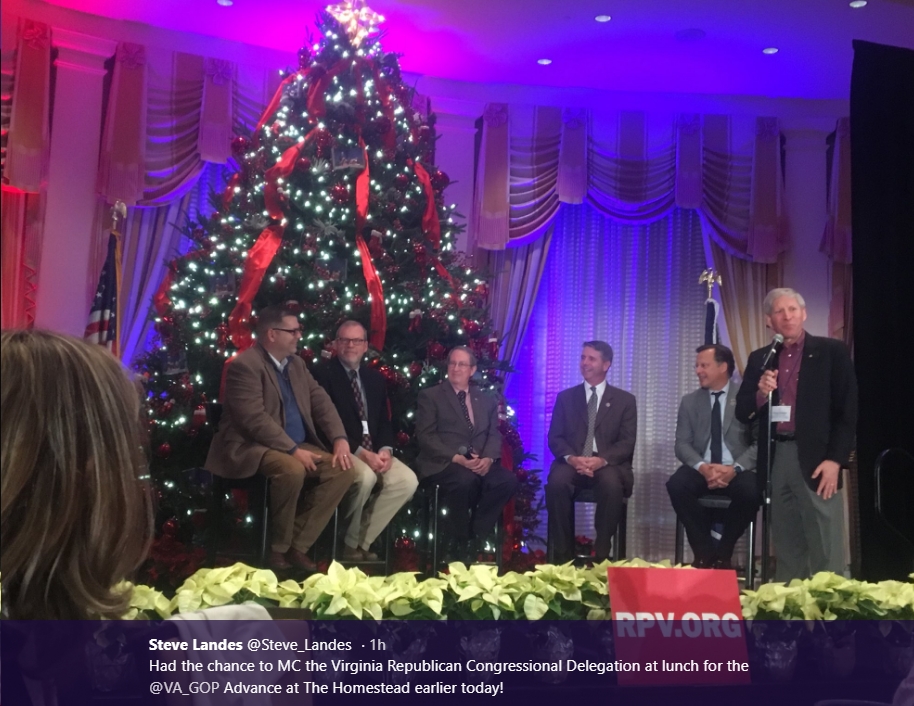