This is really getting ridiculous. The other day, Virginia Republicans were busy honoring Confederate General “Stonewall” Jackson. Today, it’s another Confederate General, this time Robert E. Lee.  I’ll post video shortly of Virginia Republican Senators Richard Stuart and Tommy Norment extolling Lee and asking that the Senate be adjourned in his memory. For now, though, here’s a photo of Lt. Governor Justin Fairfax, Virginia’s only statewide elected African-American, sitting down instead of presiding over the Senate as he normally does, because he left the dais in protest of the honor to the top general in the fight to continue slavery indefinitely (although Sen. Stuart ahistorically and bizarrely denied that the war was about slavery). Thank you to Justin Fairfax for his moral leadership, and shame on Republicans for this continued nonsense in the year 2018.

P.S. Stuart said, “Robert E.  Lee and his fellow Virginians did not go to war to preserve slavery. Virginia’s secession convention voted twice against secession, until Abraham Lincoln called on states to send men to form a force to march across Virginia to invade the seceded states….Then and only then did Virginia choose the route of secession…” 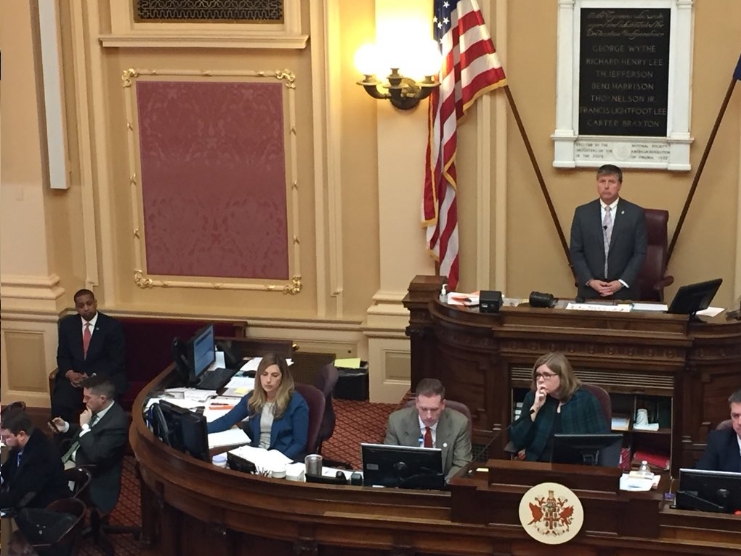 How Is This Appalling, Racist Harassment in Virginia Beach NOT Considered a Hate Crime?