Hey Corey (or EW or Nick)? Yeah, ,you’re going to get crushed by Tim Kaine this November. Enjoy! 🙂

Senator Tim Kaine has raised nearly $14 million this cycle for his 2018 re-election campaign in Virginia. In 2017’s fourth quarter — a historically difficult fundraising period due to the holidays, made even more challenging by the crowded nature of fundraising during the final stretch of the Virginia statewide campaigns — Kaine raised $1.5 million from more than 12,000 individual contributions; 62 percent of Kaine’s contributions came from within the Commonwealth of Virginia. Kaine now has more than $9.2 million cash on hand, exponentially more than any declared Republican candidate, putting him in strong position as the election year begins.

Kaine also demonstrated strength in online fundraising this quarter, bringing in more than $276,000 through email and digital advertising, through a total of 9,299 individual online contributions. The average online contribution was $29.76.
“These strong fundraising numbers show Virginians are energized to support Tim Kaine so he can keep fighting for health care, jobs, education, and equality for all,” said Keren Dongo, Kaine’s campaign manager. “While the Republicans compete over who can be Donald Trump’s biggest ‘Yes Man’ in the Senate, Tim Kaine has been visiting every corner of the Commonwealth to lay out his vision of a Virginia for all, and only one of these approaches appears to be resonating with Virginians. We’re proud of our strong network of support as we enter the election year.”
By the end of this week, Kaine will have already made campaign stops in Fairfax County, Richmond, Farmville, Danville, Martinsville, Floyd, Galax, Damascus, Bristol, Abingdon, Blacksburg, and Staunton in 2018. Kaine is committed to running an aggressive grassroots campaign in every corner of Virginia, while the Republican candidates battle in their primary over who would be the biggest Trump supporter in the Senate.

Individual contributions this quarter: 12,373
Cash on Hand: $9,209,027.54
There's no paywall on Blue Virginia, and we definitely want to keep it that way! If you want to help support our work, you can donate here - thanks! Also, you can sign up for our weekly email list here. 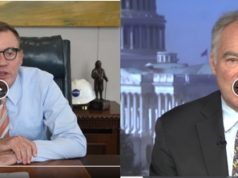 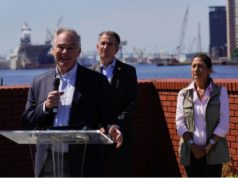