Several bills filed today jumped out at me, either because they are superb (the first seven listed here, by Democratic Delegates Patrick Hope, Mark Keam, Sam Rasoul and Mark Levine) or because they are pointless and/or counterproductive (the last bill, by far-right Delegate Mark Cole). With that, here are the bills with a brief explanation for why I included them.

*Trying to change someone’s sexual orientation is ethically wrong, misguided quackery and anti-LGBT bigotry. This crap should certainly not be funded by our taxpayer dollars!

*For a bunch of reasons, we need to be increasing tree canopy and forested area — NOT reducing it. This one should be a no brainer.

*I like this one, although I’d be interested in hearing more about how this compares to a mandatory, aggressive Renewable Portfolio Standard.

*With the ongoing fiasco involving voters being handed the wrong ballots in HD-28, most of us are now aware of the idiocy of “split precincts.” Thanks to Del. Sam Rasoul for putting in legislation to prohibit these things. 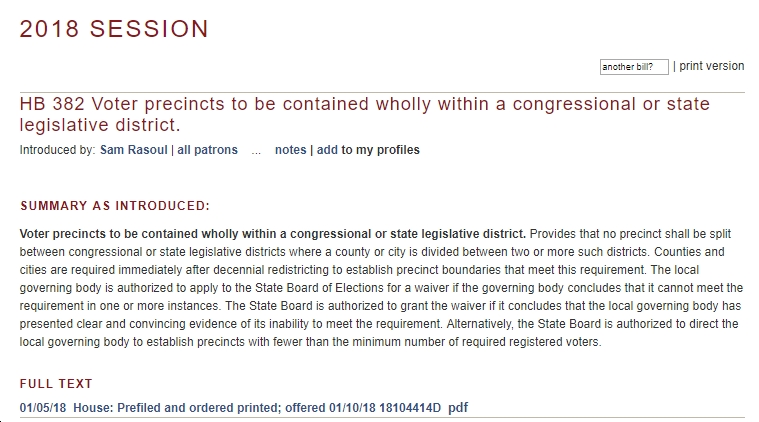 *There’s no excuse to discriminate against someone based on their sexual orientation or gender identity (or race, religion, gender, ethnicity, etc., etc.). Thanks to Del. Mark Levine for putting this bill in to prohibit it in Virginia.

*Belief in the importance of making it easier, not harder, to vote represents a fundamental difference between Democrats (pretty much all of whom want MORE people to be able to vote) and Republicans (many of whom seem to want FEWER people to be able to vote). Automatic voter registration represents one measure that will make it easier for people to vote – thanks to Del. Mark Levine for putting in legislation to make this happen in Virginia. 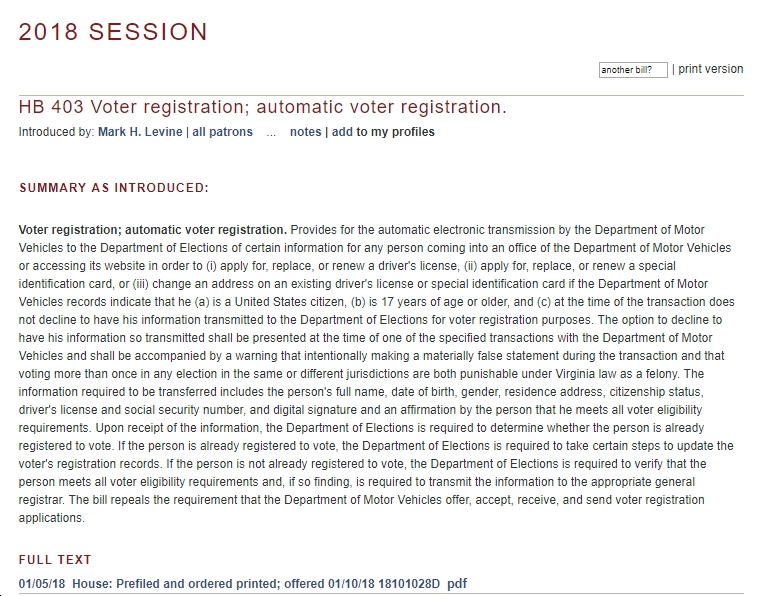 *Finally, leave it to a hard-right Republican (Del. Mark Cole) to put in a pointless bill on guns – like HB 408, which codifies” that “the right to keep and bear arms…is an individual right.” Forget a “well regulated militia” and all that crazy stuff by the, ya know, original intent of the Founding Fathers? Who cares what they thought, anyway? LOL