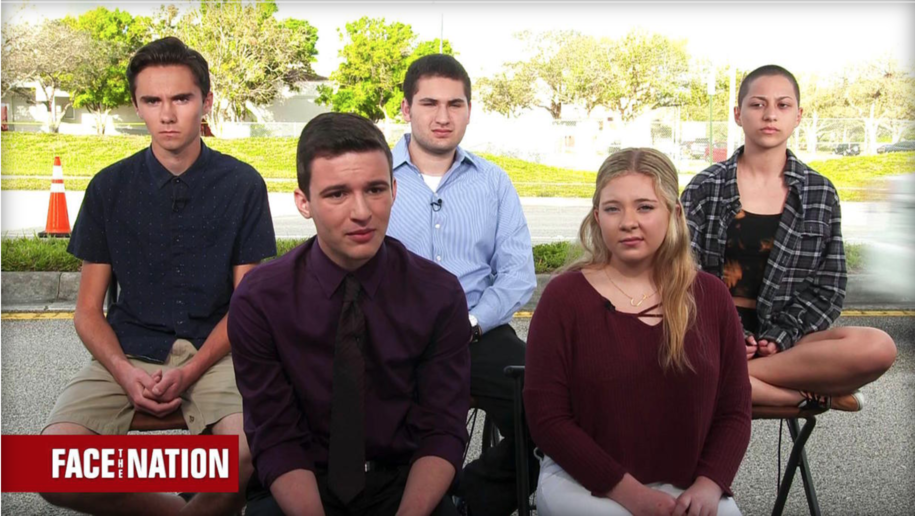 One of your brave classmates, David Hogg, said this week, “We’re children. You guys are the adults. You need to take some action and play a role. Work together, come over your politics, and get something done.”

When you learn about government in high school, you’re taught how it should work. Our elected leaders should serve the interests of the people they represent. They should work together to solve problems for the common good and keep us safe.

The issue of gun violence shouldn’t be an exception to this rule. And yet, massacre after massacre, broken family after broken family, the gun lobby’s close allies in Washington have continued to block any attempt to protect the American people from gun violence. They shamelessly use mental illness as a shield for their inaction. They’ve even banned the Center for Disease Control from conducting research on the best ways to reduce gun violence.

Too many politicians act as if these shootings are just a fact of everyday life, as if there’s nothing we could have done to stop this one and nothing we can do to prevent the next one. They send thoughts and prayers while accepting millions from the National Rifle Association (NRA) to stay silent about every atrocity and stand in the way of even the smallest reforms.

Gun homicide rates are 25 times higher in the U.S. than in any other high-income country. Every day, seven children and teens die from gun violence. In many states, people are more likely to be killed by a gun than in a car accident.

This is not normal. This is not acceptable. This is not inevitable. We must stop pretending that we are powerless to prevent these tragedies.

There is plenty we can do to reduce gun violence while respecting the rights of responsible gun owners. For decades, the Democratic Party has put forth policies that would help prevent the carnage that has become all too common in schools and communities across the country.

For starters, we believe that we should expand and strengthen background checks for those who want to purchase a firearm – because it shouldn’t be easier to get a gun than a driver’s license. We believe high-capacity magazines and assault weapons like the one used at your school are weapons of war that have no place on our streets. We believe we should ensure that guns don’t fall into the hands of terrorists (whether they be domestic or foreign), domestic abusers, other violent criminals, and those with severe mental health issues. And we believe we should treat gun violence as the deadly public health crisis it is.

We give you our word that the Democratic Party will work to prevent anything like what happened at your school from happening again.

We know that your courage will outlast the cruel indifference of the NRA and the cowardice of Congressional leaders who refuse to bring any meaningful legislation to the floor. We know that one day, when you are the adults, we will no longer live in a nation that sees its children murdered and does nothing.

These are the names of the students, teachers, and school staff killed at Marjory Stoneman Douglas High School:

May we honor their memory by fighting to stop these tragedies, once and for all.