UPDATE 2/18/18: I posted the following after the election in November 2017.  I’m reposting it now because the GOP-controlled Virginia State Senate apparently is NOT going to include Medicaid expansion in its budget, and we need to know which Republican Senators might – just might – be susceptible to pressure. The names I’ve been hearing are Glen Sturtevant (10th), Frank Wagner (7th), Siobhan Dunnavant (12th), all in districts Ralph Northam won, PLUS a couple in southwestern Virginia – Bill Carrico (40th), Ben Chafin (38th) – who might agree with Del. Terry Kilgore’s reasoning on this one, since they’re from the same area of the state that would benefit enormously from expanding health care coverage. Oh, and Sen. Emmett Hanger (R-24th), who apparently supports Medicaid expansion, giving Dems 20 votes in the State Senate and raising the question of whether the LG can break ties in the case of budget votes (see here and here for more on that complicated subject)…

P.S. Stay tuned today as the GOP-controlled House and Senate release their budget proposals, and as we potentially see ” a political showdown over the next three weeks with the Senate Finance Committee, which already has said it will not include full Medicaid expansion in the budget it will propose later on Sunday, leaving a gulf of almost $400 million between the two spending plans.” Oh, and so much for the State Senate being the more “moderate,” “reasonable,” “centrist,” etc. legislative chamber anymore. 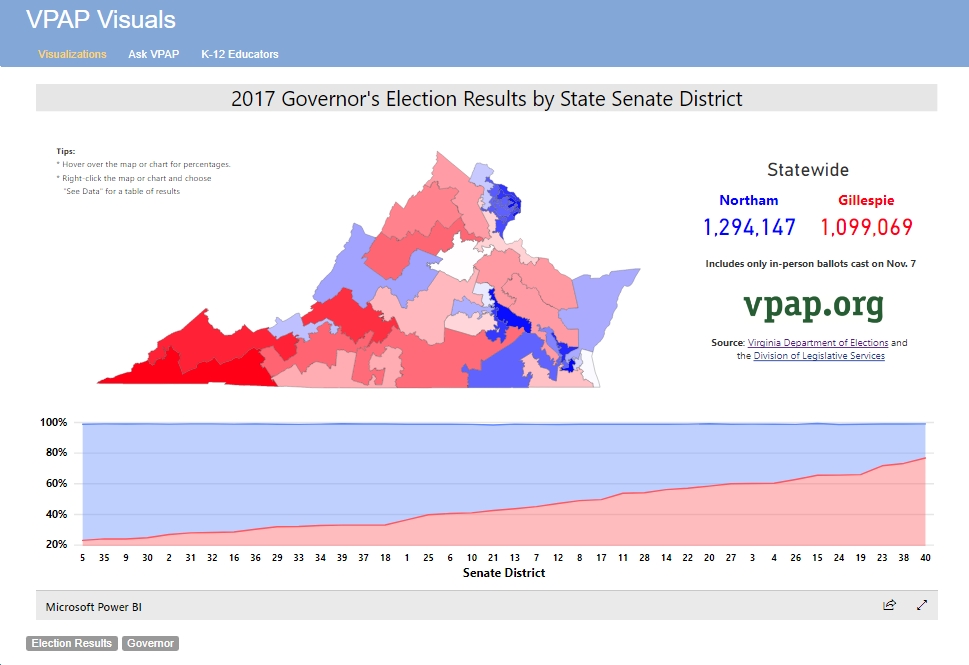