The 2018 Virginia GOP U.S. Senate primary is likely to come down to two candidates – Nick Freitas and Corey Stewart – battling over who is more hard right, who is more anti-immigrant, who hates the government more, who loves their guns the most, and of course who is more loyal and fawning to the Orange Gropenfuhrer. Thus, the latest line of attack by neo-Confederate Corey against Nick Freitas (R-NRA) — that Freitas is a “Never Trump” guy.

What neo-Confederate Corey bases this line of attack on is stuff Freitas himself has actually said, such as that Trump “would make a disastrous president,” that “[t]here is nothing positive to say about [Trump],” etc. I mean, I agree 100% with Freitas in his views about Trump, but I do wonder what Virginia GOP primary voters – most of whom looooooooooove the corrupt Traitor in Chief –  will think about them. Meanwhile, I’m just going to sit back with a bowl of freshly popped, hot-buttered popcorn and enjoy watching neo-Confederate Corey and “Never Trump Nick” tear each other apart. LOL 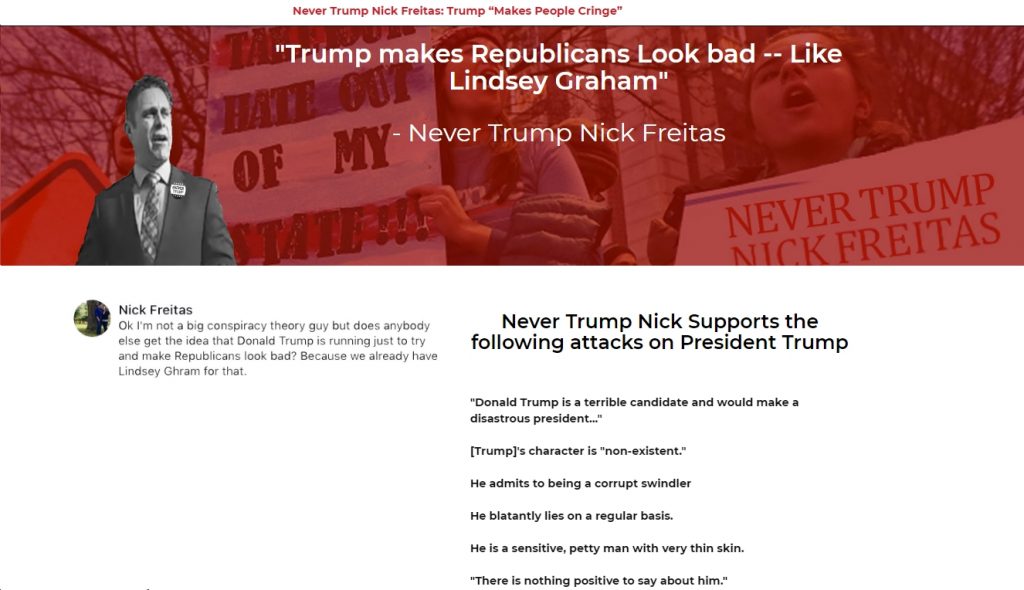