How extreme are the Republicans running for U.S. Senate from Virginia this year? See below for their hysterical reactions to yesterday’s passage in the House and Senate of the Omnibus spending bill. Note that the legislation passed 65-32 in the Senate, with “yea” votes including such notorious liberals as Mitch McConnell, John Cornyn, Marco Rubio, John Thune, James Inhofe, Orrin Hatch, etc. Also note that in the House, super-left liberals like Paul Ryan, Bob Goodlatte, Rob Wittman, and many others voted “yea.” So basically, Republican Senate candidate Nick Freitas, EW Jackson and Corey Stewart are all to the (far) right of Paul Ryan, Mitch McConnell, Marco Rubio…and Donald Trump, who is almost certain to sign this bill [UPDATE: or not???). Which, of course, would be the last thing we need in the U.S. Senate. This November, let’s make sure that Sen. Tim Kaine isn’t just reelected, but that he absolutely CRUSHES whichever one of these nutjobs the Virginia Republicans nominate! 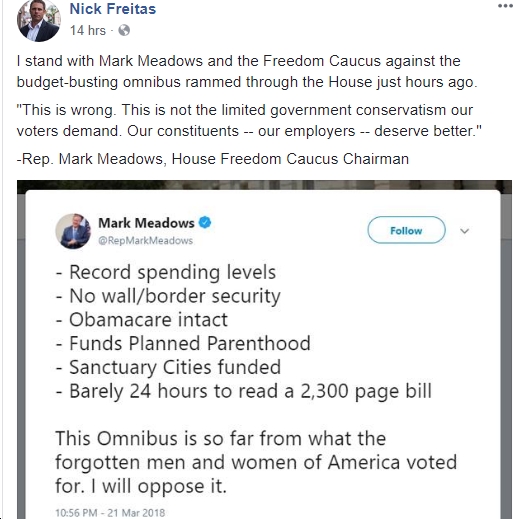 Sen. Tim Kaine on the Capitol Attack, “American Exceptionalism,” “Bystanders” Allowing Evil to Flourish, Yet Still Being an “Optimist About Our Next Chapter”