Another year, another “holiest day of the year” – St. Patrick’s Day with Guinness, Harp, green cookies, corn beef and cabbage, Rep. Gerry Connolly (D-VA11) and 993 well-fed and enthusiastic Democrats, of course. Oh yeah, and a stage full of Democratic elected officials, introduced by Fairfax County Board of Supervisors Chair Sharon Bulova, plus a straw poll (this year for VA-10, won overwhelmingly by State Sen. Jennifer Wexton, who has been endorsed by Rep. Connolly). See below for video of the speeches – by Lt. Governor Justin Fairfax and Rep. Connolly, plus Board Chair Bulova introducing all the elected officials – and photos of the festivities.

A highlight of the evening was Rep. Connolly’s short eulogy to his friend Rep. Louise Slaughter, who passed away earlier today at age 88. Also worth noting is that tonight’s event was the last one to be held at the Kena Temple in Fairfax after many years there, as the Temple is being torn down and the property redeveloped.

As for the VA-10 Democratic straw poll, the only candidate in attendance tonight was Jennifer Wexton, who perhaps not surprisingly won the straw poll with 82% of the votes. Do straw polls matter? Hard to say, but I do recall the first time I went to this event was in 2006, where Jim Webb defeated Harris Miller 58%-42% in that year’s St. Patrick’s Day straw poll, and event which Webb’s senior strategist Steve Jarding said after Webb won the election was – in his opinion – a significant turning point in that campaign. And who am I to disagree with Steve Jarding? 🙂 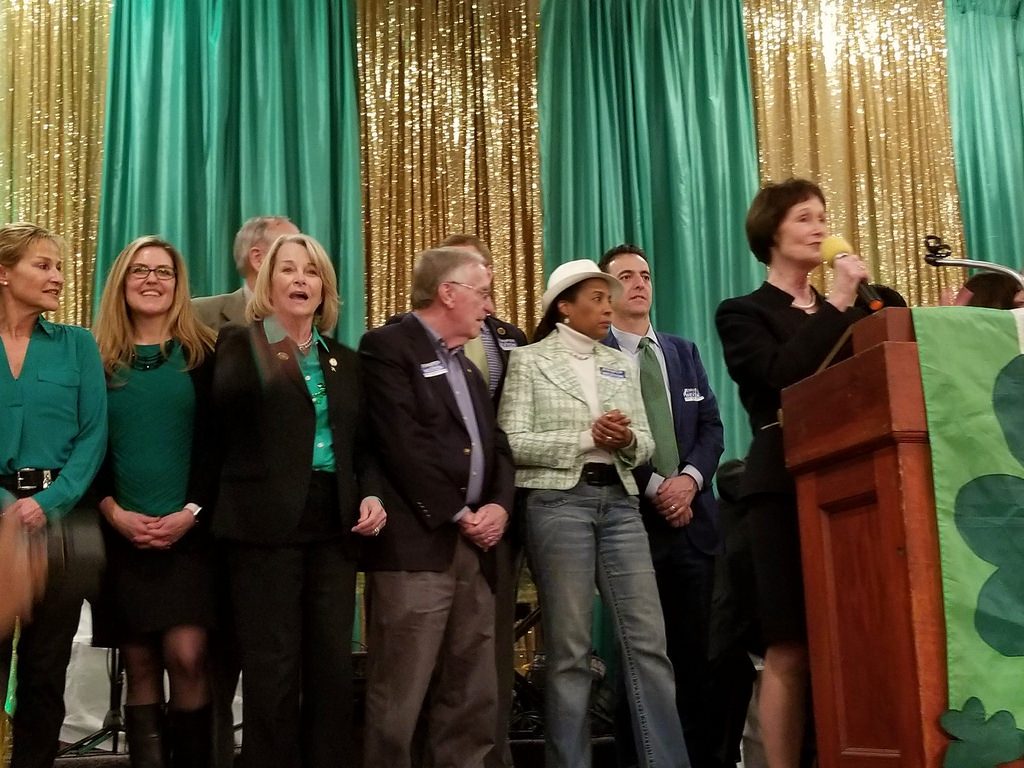 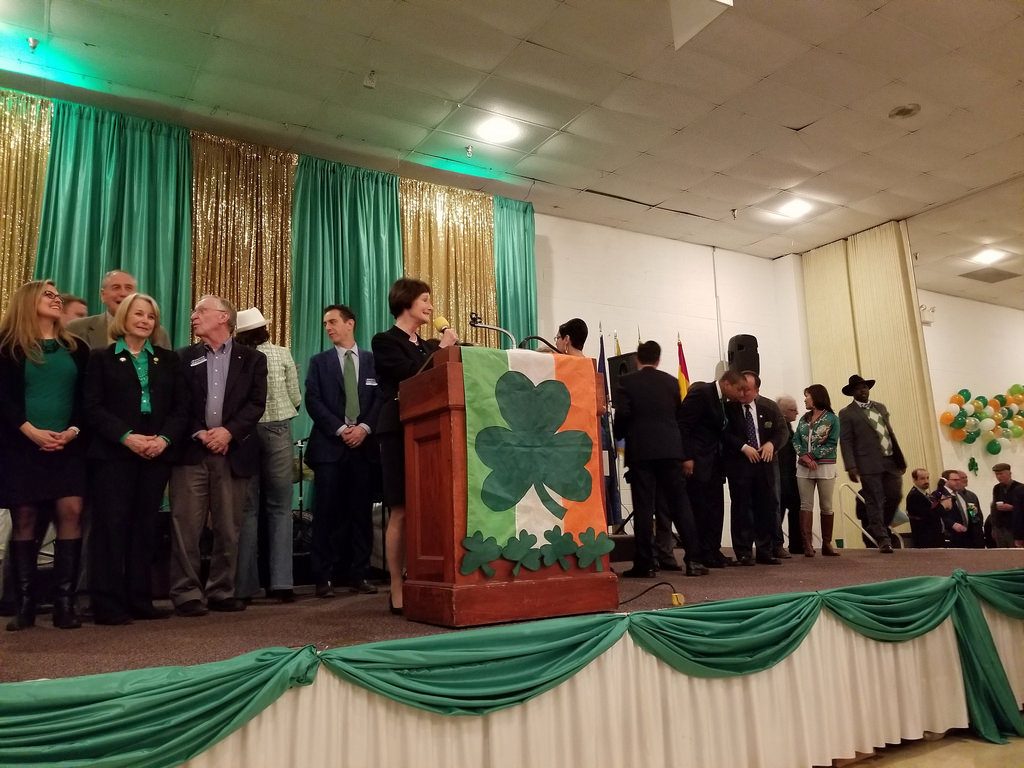 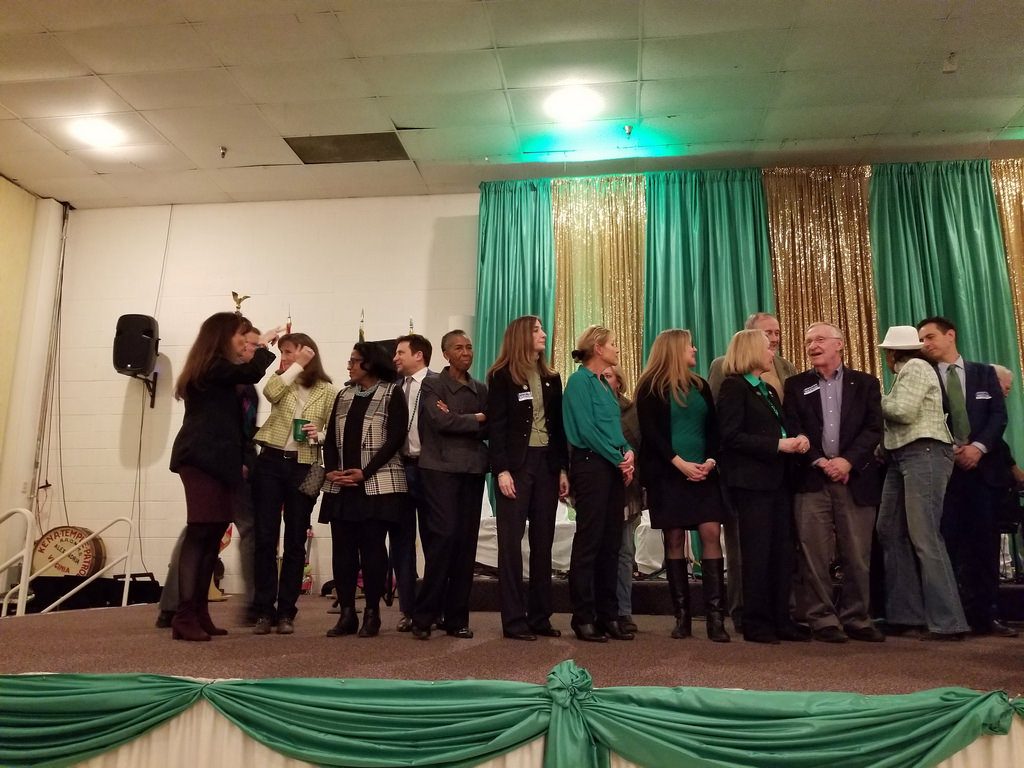