Next, note that Freitas announced he was endorsed by Bob McDonnell on 2/27/18.

Next, note that in the three weeks leading up to that endorsement, the FEC report showed Bob McDonnell’s company was paid more than $3,000 by the Freitas campaign for “fundraising consulting,” “commission,” and “event expense reimbursement.” [p. 141 of the FEC report – below] 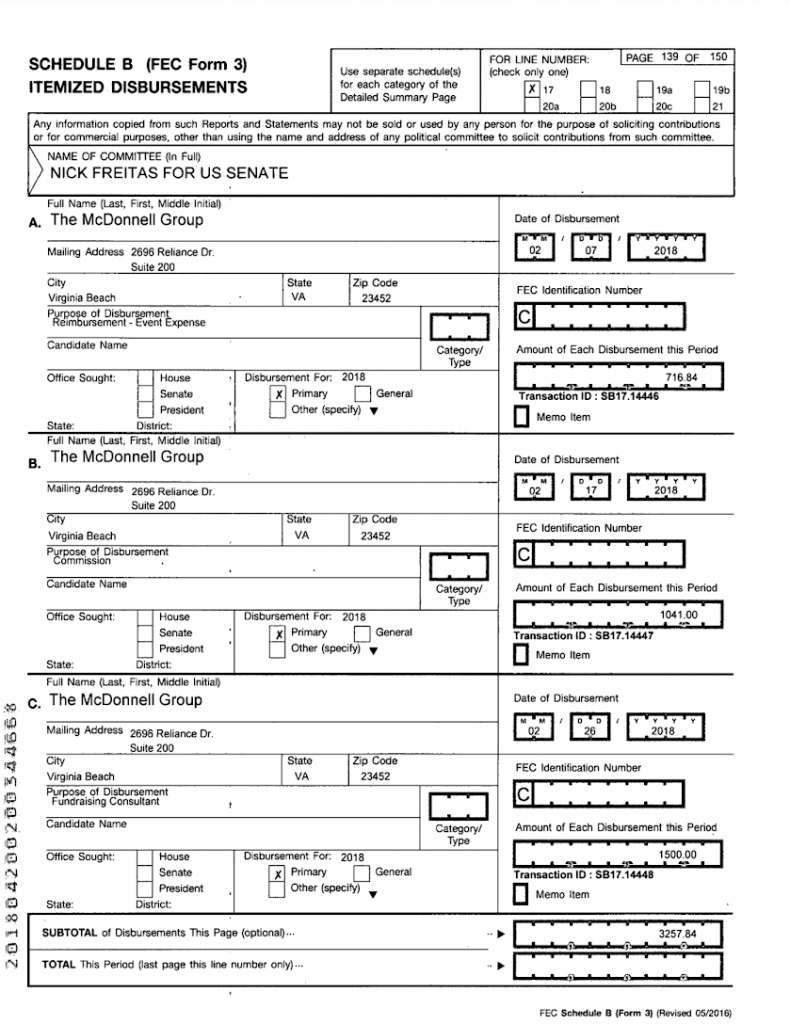 The address on the disbursement matches the one on the McDonnell Group’s site (2696 Reliance Drive Suite 200 Virginia Beach, VA 23452 — cache here).

So what does this look like to you? Did Freitas essentially buy Bob McDonnell’s endorsement? It’s even more plausible given that we KNOW Bob McDonnell has a history of quid-pro-quo exchanges (Rolexes, etc.) for services rendered…

That's a huge misquote by @eleanorclift, which she hopefully will correct ASAP!