Some new polling numbers by Public Policy Polling (PPP)  on a bunch of districts, including VA-02, are out today. For whatever reason, PPP only polled Democrat Elaine Luria and not the other Democratic candidate, Karen Mallard. It would be good to know how Mallard would fare head-to-head against Rep. Scott Taylor (R), especially given that the DCCC has weighed in heavily for Luria. My view is that the party should not weigh in unless there’s strong evidence that one potential candidate is electable and one is not. For instance, let’s say Luria were up 10 points over Taylor and Mallard down 10 points or whatever, then sure. But I don’t think that is the case here. Regardless, it’s encouraging to see that in a district  Taylor won by 22 points in 2016 (and that Trump won by over 3 points), he’s only up by 6 points now (over Luria), and actually TRAILS (by 2 points) among those who say they are “very excited” to vote in November. So let’s all just make sure we turn out to vote in November, and hopefully the rest will take care of itself… 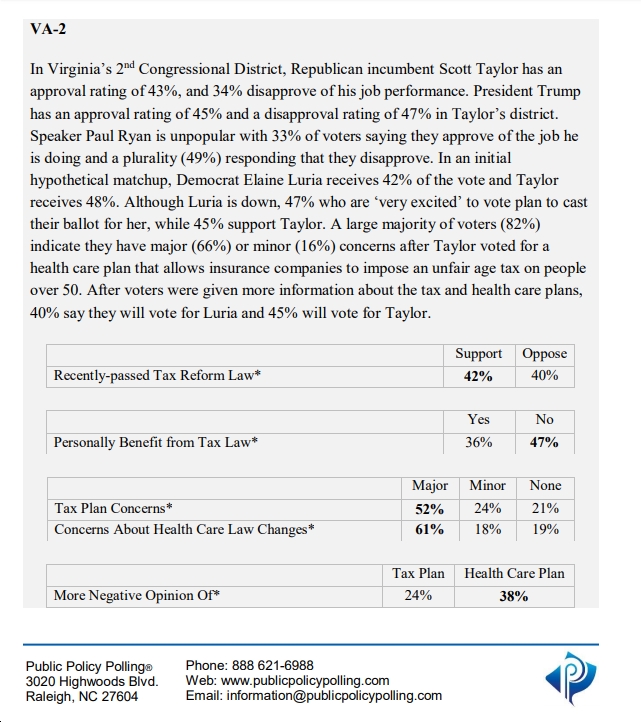