See below for Sen. Frank Wagner (R)’s full statement on Virginia Medicaid expansion. In short, as the Washington Post reports, Wagner “supports allowing more poor people to enroll in the federal-state health care program on two conditions…He wants the plan structured so Medicaid recipients do not suddenly lose coverage if their earnings rise. And he wants a tax credit or some other help for middle-income people who already have insurance but are struggling to pay soaring premiums and co-pays.” Wagner’s apparent support for Medicaid expansion, under certain conditions, does indicate positive movement towards this actually happening, but it’s still far from a done deal, as tons of details still need to be worked out, including differences both among Senate Republicans (e.g., between Wagner and Sen. Emmett Hanger on things like the hospital “bed tax”) and also between the Senate budget (which currently includes no Medicaid expansion money) and the House budget (which does include Medicaid expansion money).

Illustrating the point that Medicaid expansion is still not a done deal, see below for the Virginia State Senate GOP leadership’s reaction to Wagner’s statement, arguing it’s not “well-conceived,” “well-designed” or adequate. It’s a strange argument, in a way, as it sounds like Senate GOP leadership is saying they should do even MORE than Wagner’s proposing to help Virginians struggling with health care costs, but then instead of doing that, they throw up their hands and say “see, it’s hopeless – forget it!” Brilliant.

Finally, see below for a chart from the House of Delegates showing savings from Medicaid expansion ($101.3 million in FY2019; $269.7 million in FY2020) and costs ($80.8 million in FY2019; $226.1 million in FY2020 — “covered by a provider assessment [aka, a tax] on private acute care hospitals,” which Sen. Wagner claims won’t “harm the hospitals’ financial posture”). That’s how we end up with extra money in the budget for areas like education and transportation that are clearly not related to health care costs. So yeah, there are a lot of shell games with money going on here, but I guess that’s how “sausage gets made” and all that. You don’t want to watch it, necessarily, but in the end the main thing is whether or not hundreds of thousands more Virginians gain access to health care coverage, and whether Virginia stops giving away billions of dollars in our taxpayers’ money to other states. Seems like a no brainer to me… 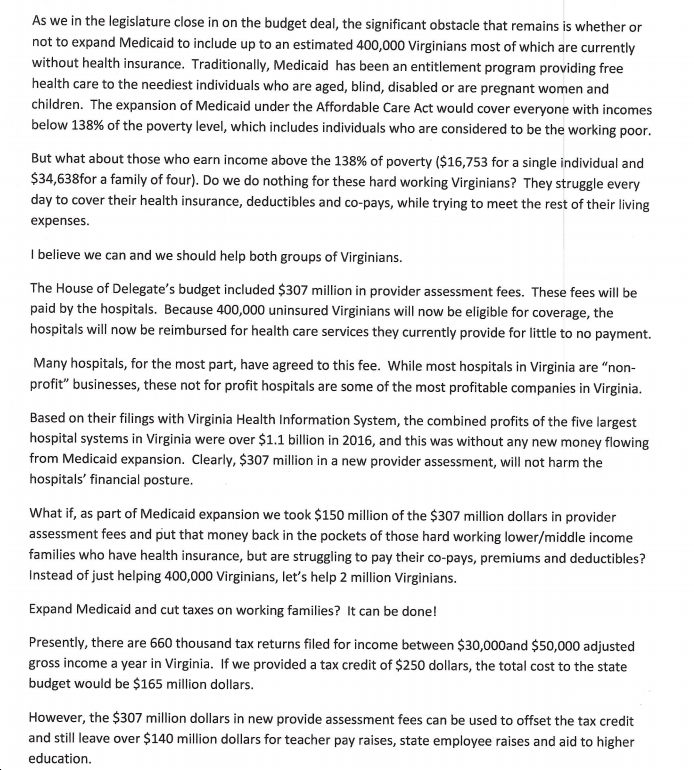 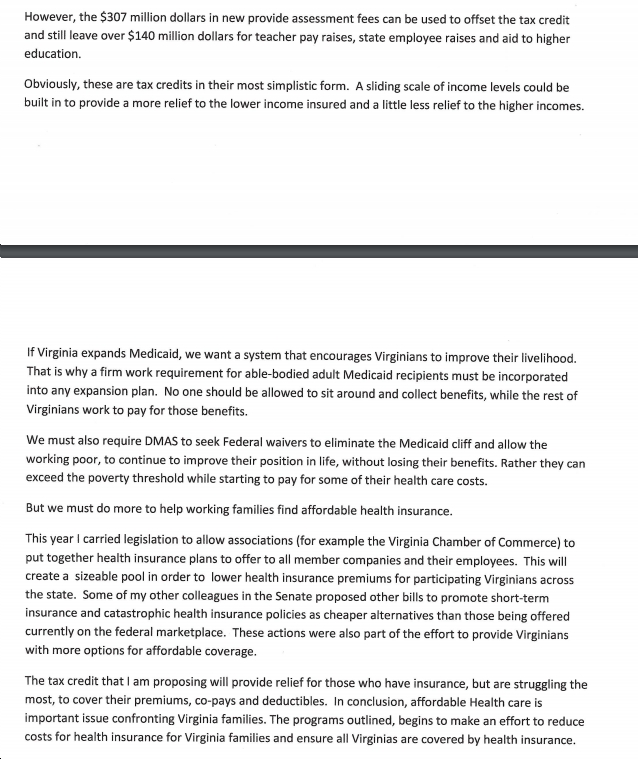 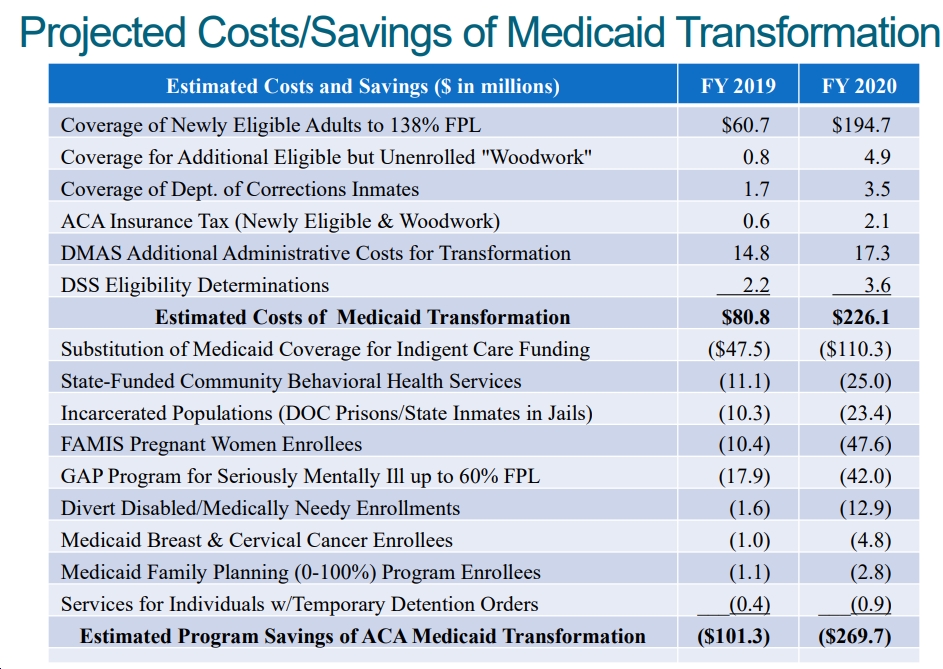