UPDATE 7:48 pm Wednesday: This is completely FUBAR. “FERC regulators will not stop work on Atlantic Coast Pipeline despite court ruling on permit.”

Just got statement from @DominionEnergy that says ACP will move forward ‘as scheduled.’ Says decision only affects ‘activities directly covered by the Incidental Take Statement in certain defined areas along the route.’

Dominion Energy can spew its ratepayer-funded, pro-Atlantic Coast Pipeline propaganda all over our TV screens, but that doesn’t change the fact that the project’s a disaster in every way – economically, environmentally, you name it. Which is I’m so glad to see the following breaking news! The short story is that this decision is a major blow to Dominion’s efforts to build the risky, unnecessary Atlantic Coast Pipeline. More details to follow. For now, great work by the Southern Environmental Law Center (SELC), and see below for the order from the Fourth Circuit Court of Appeals! 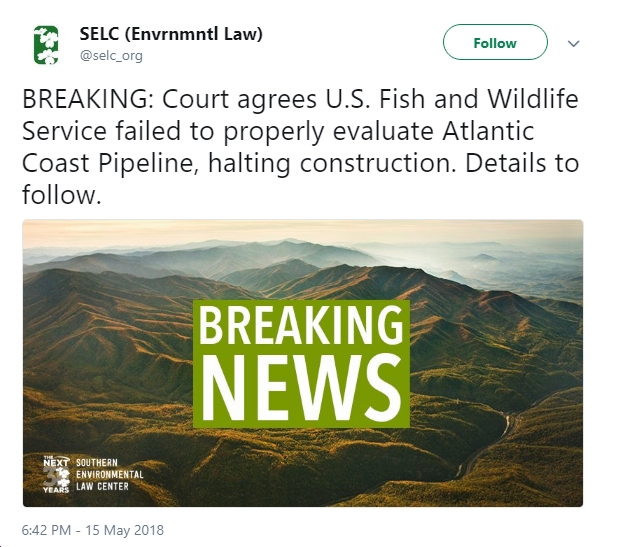