First, here’s the Senate voting 22-18 (all Democrats, plus Republicans Hanger, Wagner and Chafin) to adopt Sen. Emmett Hanger’s floor amendment, which is the Medicaid expansion vehicle we are rooting for.

Next, see the vote (also 22-18 – all Dems, plus Republicans Hanger, Wagner and Chafin) to reject Majority Leader Tommy Norment’s set of anti-Medicaid-expansion amendments.

Looks like Hanger, Wagner and Chafin will be the 3 Senate Republicans getting Medicaid expansion across the finish line in the Virginia Senate https://t.co/jCjqtR1y6m 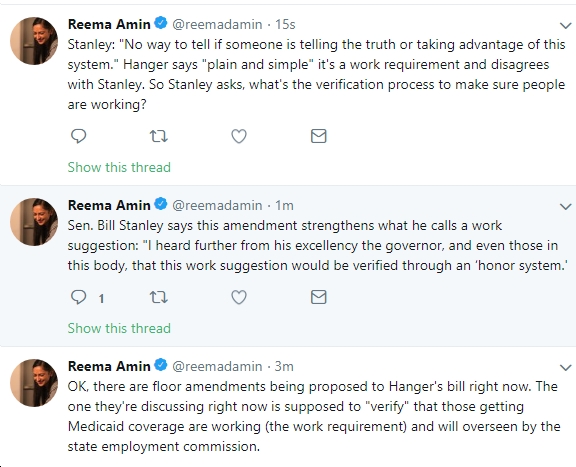 What on earth is Tommy Norment doing here? Accusing Frank Wagner of corruption? 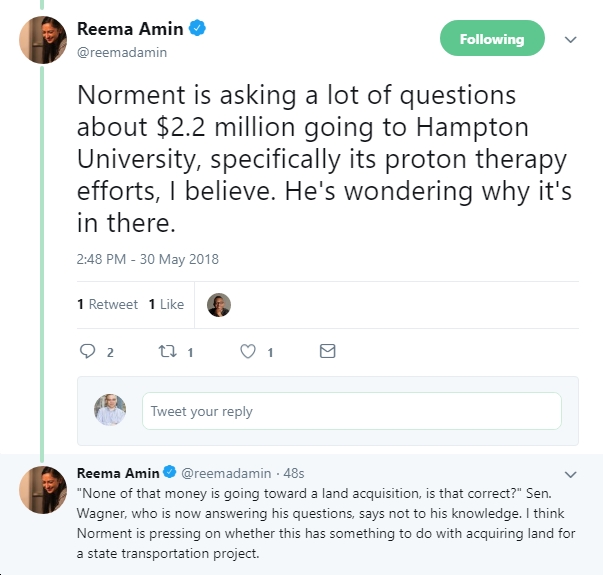