This new poll by Monmouth of VA-10 is good news, but as far as I’m concerned, Barbara Comstock is a super-tough campaigner who is never easy to beat, so let’s work super hard and see if we can do even better than a 9-11-point win this fall for Jennifer Wexton!

P.S. Monmouth is an A+ pollster, according to FiveThirtyEight.com

P.P.S. Also note that VA-10 is one of the top targets in the country for Democrats, absolutely crucial if we are going to take back the U.S. House of Representatives this November. 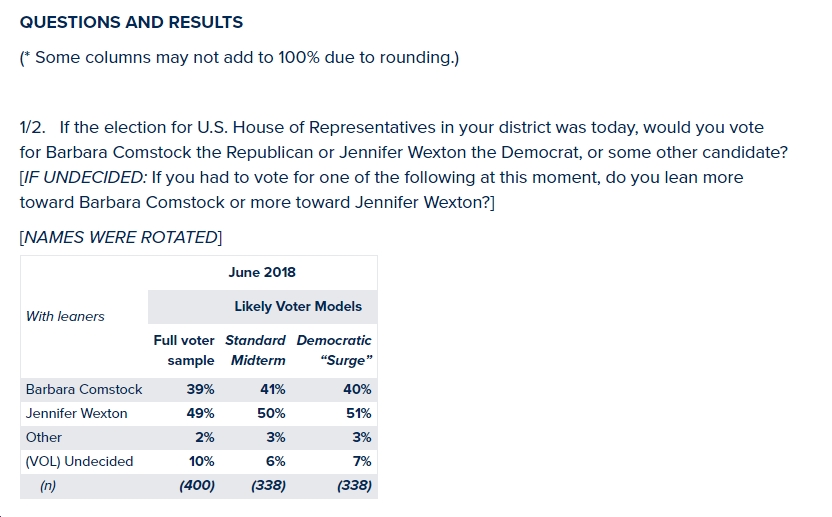 Other findings from the poll include: