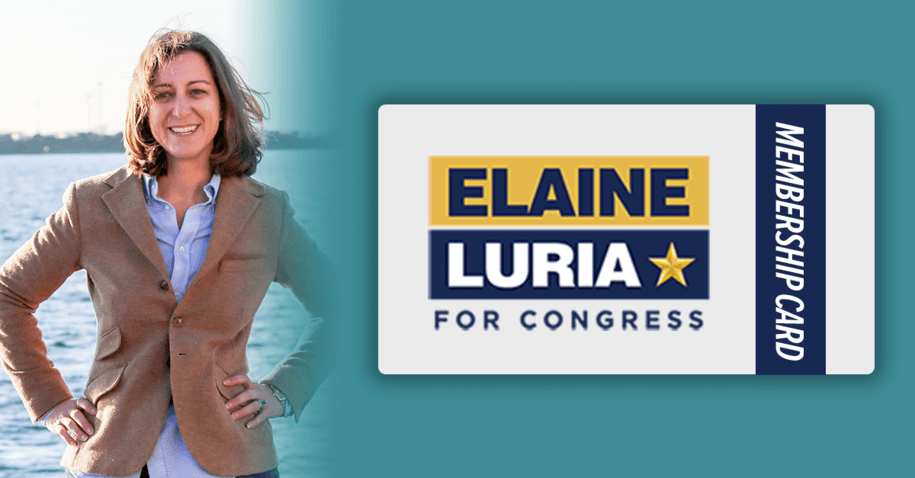 This past Tuesday was one of my favorite days ever. I got to watch a ton of Democrats, all passionate about their respective candidates, work their butts off canvassing, phone banking, and working the polls to make sure their candidate got nominated to be the Democrat taking on Congressman Scott Taylor (R) in Virginia’s Second Congressional District. We had two fantastic candidates, Elaine Luria and Karen Mallard. Karen has lived in this district for over 30 years — originally from Wise County —  and taught thousands of students across the district as a classroom teacher and reading specialist. She had a ton of support of local leaders (both grassroots and elected) in Virginia Beach and ran an impressive boots-on-the-ground campaign. Elaine Luria is a native of the district, a Navy veteran, a small business owner, and mom. She operates the Mermaid Factory, a craft store in Norfolk and Virginia Beach that she and her husband started together. She was endorsed by tons of local leaders as well and also had the coveted endorsements of the DCCC, EMILY’s List, 314 Action, VoteVets, and many more. In a tight race, Elaine came out victorious with a little more than 62% of the vote on Election Day.

You could’ve read that in just about any news publication around the country though. A synopsis of the election isn’t my purpose for writing this. My purpose here is to ask for Unity. Not just in our race, but with Democrats across the country. This primary, like so many others, got extremely contentious towards the end. As the election grew closer, tension grew and folks got heated (myself included!) But now, it’s over. For Elaine supporters, Karen is not and was never the enemy. For Karen supporters, Elaine is not and was never the enemy. We all have a common purpose of defeating Congressman Taylor in November. That’s the real point of this post. That no matter what happened before the Primary or what supporters of each candidate may have said to one another in the comments section on Facebook, we are now ONE TEAM, united in the effort to Repeal and Replace Congressman Scott Taylor.

So yes, we are now all card-carrying members of Team Elaine. A team that promotes equality, fairness, and the fundamental belief that a government should serve its people. A team that stands up to bigotry, intolerance, and discrimination of all forms. A team that believes in a living wage of $15 per hour, that believes all humans deserve healthcare, that believes our environment deserves protection, and that all couples deserve a damn wedding cake. Team Elaine represents the Virginia way. More so, Team Elaine represents the American way. If you’re ready to stand up to Donald Trump & Scott Taylor and oppose bigotry & hate, then welcome to Team Elaine. Without a united Team Karen & Team Elaine, I’ll place my bets today that Scott Taylor will be re-elected in November. So I’ll hope you’ll at least consider joining the movement to unseat #OneTermTaylor.

To learn more about Elaine, visit her website. Campaigns aren’t free, so if you can spare a few dollars, you can donate online via ActBlue.