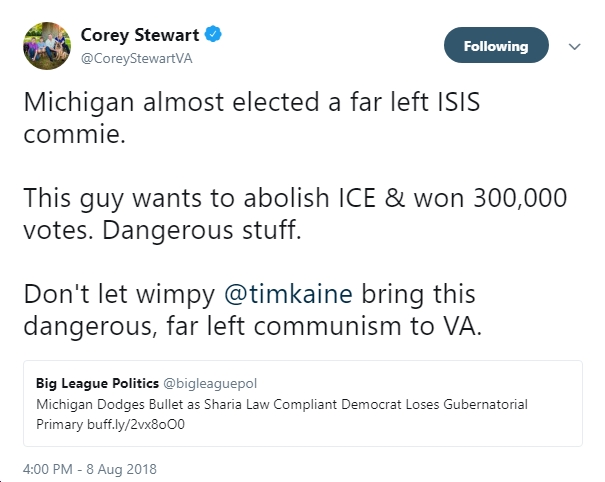 The following is from the Council on American-Islamic Relations (CAIR), regarding Corey Stewart’s appalling, bigoted tweet about Democratic primary candidate Abdul El-Sayed, who is Muslim: “Michigan almost elected a far left ISIS commie.”

Before that, CAIR called on the firing of a top Trump administration U.S. Department of Veterans Affairs (VA) appointee who also expressed anti-Muslim sentiments.

CAIR has repeatedly expressed concern about Islamophobic, white supremacist and racist public officials and government employees that have been given a platform for their bigotry under the Trump administration.