Welcome to this week’s Flip-A-District, featuring the Tenth Congressional District of Virginia. By all accounts, the race in the Tenth is one of the premier races in the country this cycle. It will be a bellwether contest, crucial to flipping the House. Enjoy. 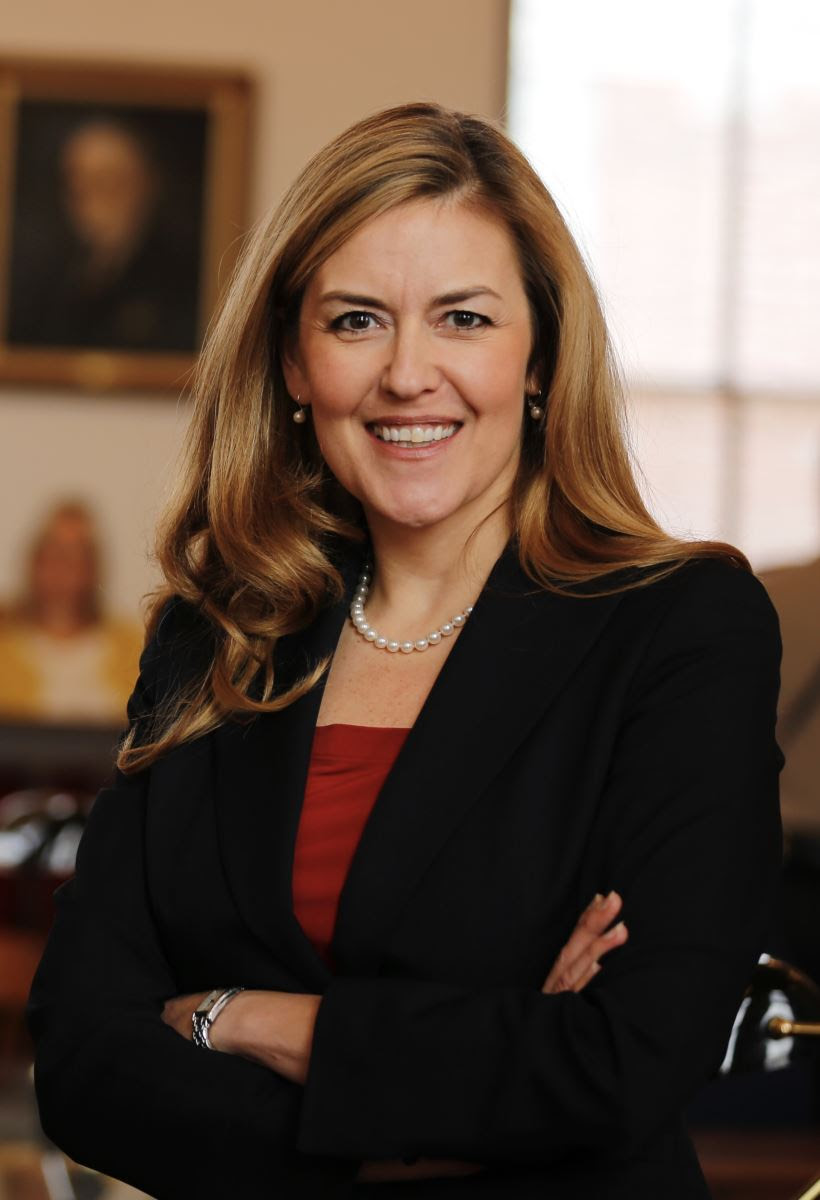 Senator Jennifer Wexton has been serving the people of Northern Virginia for almost two decades, as a prosecutor, an advocate for children, and as a legislator focusing on issues of concern to families.

From 2001 to 2005, Jennifer served as an Assistant Commonwealth’s Attorney for Loudoun County, prosecuting felony and misdemeanor criminal and traffic cases in all of the Loudoun Courts. She successfully prosecuted hundreds of trials, including the prosecution of criminals who committed domestic violence or sexual offenses. Among them were a number of high-profile cases, including the 2002 murder trial Commonwealth v. Clara Jane Schwartz.

Jennifer went into private practice after her second son was born, but remained committed to public service. She did a significant amount of Court-appointed guardian ad litem work, representing the interests of children who have been abused or neglected. In 2007, she received the Harry L. Carrico Award for her pro bono legal work. She also was the President of the Loudoun County Bar Association for the 2010-2011 term.

Jennifer gained a strong interest in mental health issues as a result of her legal work. She served as a court-appointed attorney, and a Special Justice, in mental health commitment hearings. This work led her to serve for two years as a member of the Loudoun Community Services Board, an advisory policy board that oversees the Loudoun County Department of Mental Health, Substance Abuse and Developmental Services.

Jennifer was elected to the Virginia Senate in January 2014, in a special election to take the 33rd District seat of the newly-elected Attorney General, Mark Herring. She has taken her passion for protecting others to the State Senate and has supported legislation that makes our children safer, combats the heroin and opioid epidemic, increases access to healthcare, prepares our children for jobs of the future, eases traffic congestion, and brings more businesses and jobs to Northern Virginia. During her four-year tenure, she has passed over 40 bills, all with bipartisan support.

A native of the Washington area, Jennifer graduated with honors from the University of Maryland in College Park, and earned her law degree in 1995 from the College of William and Mary in Williamsburg. She lives in Leesburg with her husband, Andrew, sons Matthew (age 15) and Jamie (13), and two rescued labrador retrievers, a mother-daughter duo named Wanda and Lady Bear.

Bordering Maryland, Washington DC, and West Virginia, the 10th Congressional District encompasses parts of Clarke, Fairfax, Frederick, Loudoun, and Prince William Counties, as well as the independent cities of Manassas, Manassas Park, and Winchester. The 10th has been represented by Republicans since Frank Wolf took office in 1981, but 2018 is the year that finally is going to change.

This seat, despite being represented at the moment by Republican Barbara Comstock, is clearly trending blue. Governor Northam won the district with 55 percent of the vote in 2017, and Hillary Clinton won 51 percent of the vote in 2016. In fact, the Cook Political Report has classified the race as “Lean Democratic,” and a recent Washington Post article pointed out that the House Republican super PAC has yet to throw any money Comstock’s way. That said, the incumbent has a major cash advantage, so the Wexton campaign definitely needs our help to get its message out to voters.

Just one example of why Barbara Comstock must go:

Barbara Comstock votes with President Trump 97.8 percent of the time according to FiveThirtyEight, the political data blog run by Nate Silver. Of all House members, she comes in second out of 435 for the “Trump plus-minus” score, defined as the difference between a member’s score of how often they voted with Trump versus Trump’s support score in that member’s district. That’s a terrible track record for someone who is supposed to represent the interests of her constituents.

Including voting to repeal both the Dodd-Frank Act and the Affordable Care Act, she has been in lock-step with the Trump agenda since the start. And clearly that’s having an effect on her fundraising – Comstock has consistently looked to far-right Republican mega-donors like Sheldon Adelson and the DeVos family for cash. She’s also added to her huge campaign cash total with thousands of dollars from Koch Industries and, of course, her good friends at the NRA.

She’s not just aligned with Trump and the far-right in Congress — she has refused to denounce the Republicans’ inexplicable candidate running against Senator Tim Kaine, Corey Stewart. They’ve even put up signs together at various events.  The Comstock-Stewart ticket. We just have to win this one.

Residents of the 10th District deserve a Congresswoman who actually reflects their values, and who won’t let President Trump get away with his divisive, extremist agenda. The 10th needs Jennifer Wexton.

This concludes Volume III of our 2018 Flip-a-District Friday series. Stay tuned for weekly updates as we approach one of the most consequential midterm elections of our lives.