P.S. Gotta say, so far this seems to be further confirmation that the entire process has NOT been in good faith, that Virginia environmental “protection” authorities are only pretending to listen, etc. In short, it appears to have been – and continue to be – a charade.

UPDATE 4:29 pm: And after all that, the Board passed a motion to do…basically nothing, as far as I can tell (“to continue aggressive compliance”). No idea what that even means, but it doesn’t seem encouraging to me. Also, a motion to open public hearing to begin a process to change or revoke the 401 permit was rejected on a 3-4 vote.

UPDATE: 11:19am 4 more police officers have arrived. Total is 7. 90 minute lunch break ongoing (rather than allow time for additional speakers).

Update: First woman trying to talk about permit. Said that when she signed up to speak she was told she couldn’t unless she had commented during the June comment period. Water board woman says “we never told anyone that”. But wants everyone to keep in mind that they’re only giving us 30 minutes. We should think about how we “best want to utilize the 30 minutes”. Which is 10 people, because they’re only giving commenters 3 minutes. Meanwhile they finished the morning agenda so they’re taking a 90 minute lunch break. Thank you, Claire Ewing-Nelson

Virginia State Water Control Board meeting full of 167 citizens asking board to revoke certification for fracked gas pipelines (MVP and ACP). Hundreds have signed up to speak (but it’s not clear whether public comment will be allowed – either not at all or limited to 30 minutes). Reports are that no more people are being allowed to enter. Pipelines are on agenda for 12:30 today so tune back in later. 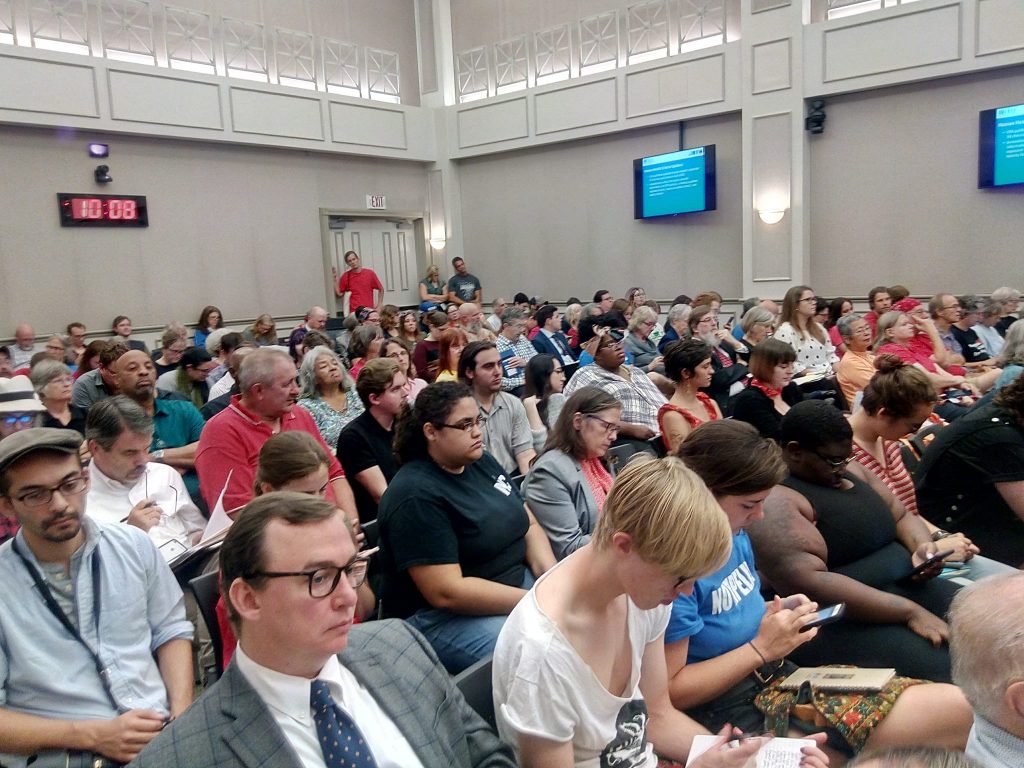 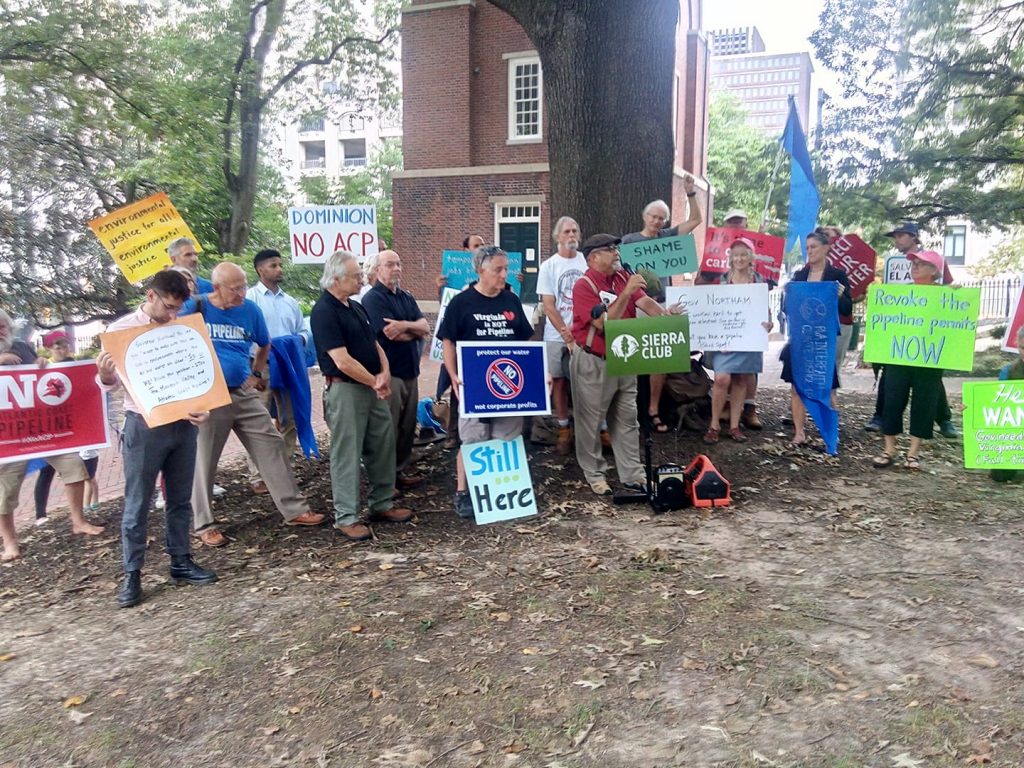