Welcome to this week’s Flip-A-District – or rather, Fortify-a-District – featuring my friend and favorite harmonica player, Tim Kaine. Senator Kaine is running against a far-right extremist, Corey Stewart, in one of the nation’s must-win races for Democrats.

In addition to our regularly scheduled Friday email, I have included an invitation for you to join me at a reception I’m hosting for Senator Kaine on October 16th from 5:30 to 7:00 pm at Bean, Kinney & Korman, PC. Click this link for directions. 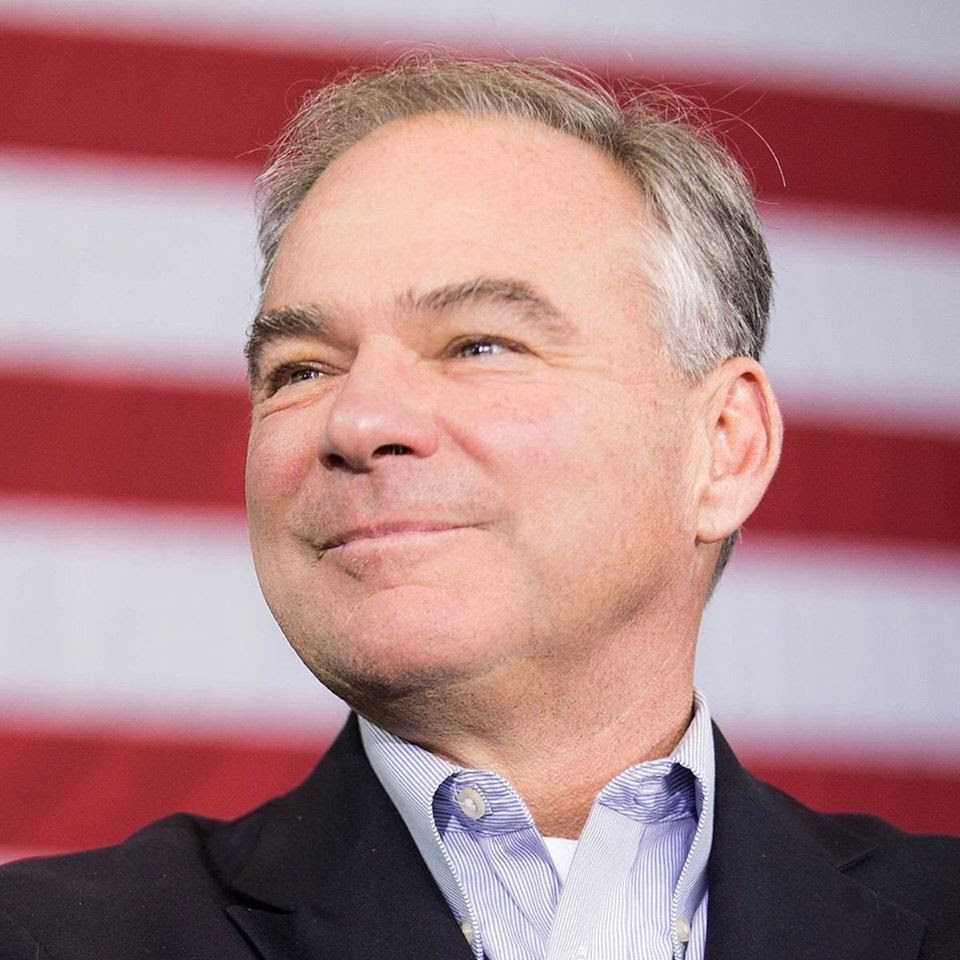 Tim grew up in a middle class family in Kansas City, and learned the value of hard work and having a skill while working in his dad’s union ironworking shop. Later, he took time off from law school to volunteer as a missionary in Honduras and taught kids the welding and carpentry skills he learned from his dad’s shop.

After law school, Tim and his wife Anne moved to Richmond and started a family.  Tim began his career as a civil rights lawyer, representing people who were discriminated against by banks and landlords, real estate firms and local governments – anyone who treated people unfairly. Tim went on to become a member of the Richmond City Council, and later, the Mayor of Richmond, where he brought people together to strengthen public education and reduce crime.

As the 70th Governor of Virginia, Tim steered the Commonwealth through the country’s worst recession in 70 years, leading the state to national acclaim. Under Tim’s leadership and innovative management, Virginia maintained one of the lowest unemployment rates in the nation, was named the best state for business for four consecutive years, and rated the best state to raise a child.

Tim has served in the Senate since 2010, where he has kept up his fight to ensure that jobs, opportunity, and education are available to all. He’s worked across the aisle to successfully pass legislation to expand career and technical education, reduce veterans’ unemployment, and fund childhood cancer research. He’s also championed raising wages, investing in infrastructure, expanding health care access, criminal justice reform, common sense gun safety rules, and a number of other priorities in his continued efforts to build a Virginia that works for all.

Republicans haven’t won a statewide seat in Virginia since 2009 – but if 2016 taught us anything, it’s never to take anything for granted. Take, for example, the close call in 2014 when Senator Mark Warner faced Ed Gillespie. The Commonwealth might be trending blue, but that trajectory will continue only if we show up to vote.

Recent polling by the University of Mary Washington gives us reason to be optimistic – the report has Senator Kaine leading Corey Stewart by nearly 20 points among registered voters. While that lead narrows to 16 points when assessing likely voters, Nate Silver’s FiveThirtyEight analysis predicts a 79-in-80 chance that Senator Kaine will win.

The good-looking odds for Senator Kaine, however, are contingent on Virginians turning out, as are the chances for flipping any House seats currently held by Republicans. If Senator Kaine boosts turnout, more Democrats will win in the Commonwealth. It’s that simple. While Senator Kaine could be resting on his anticipated laurels, he’s instead out fundraising for and campaigning hard with other Virginia Democrats. He has been tireless in his effort to help Democrats in every corner of the Commonwealth. He believes it’s not enough for him to win – he wants to win with a margin that means we flip a House seat, or two, or three…

…or even the House of Delegates seat in the 8th District.

Perhaps you’re wondering why Senator Kaine’s mission to help Congressional candidates is in the portion of this post in which we usually detail the characteristics of a particular candidate’s district. In this case, it’s because if he accomplishes his mission – and he needs our votes, time, and resources to do so – we will change the future of Virginia by electing leaders in Congress who finally reflect our values.

Where to begin? It is hard to articulate the many, many reasons that this bigoted, anger-fueled, and generally repugnant candidate should never represent Virginia in the Senate.

So let’s allow Stewart to speak for himself on a number of issues:

Energy: In response to a Twitter question about “issues facing our natural resources in Virginia,” Stewart responded “yes on all, drill baby drill.”

Foreign policy: Stewart claimed that “we have a president who is standing up to the Russians.”

General politics: Stewart frequently repeats, “I’ve always said that I was Trump before Trump was Trump.”

Healthcare: Stewart thinks that “we need to completely get the government out of our healthcare system.”

Immigration: According to Stewart’s website, “Corey will fight illegal immigration, amnesty, and ban sanctuary cities as boldly as he did in Prince William County. Every illegal immigrant arrested should be deported – no questions asked.”

Race: Stewart said that white supremacist and Neo-Nazi Paul Nehlen is “one of my personal heroes.”

Sexual assault: Regarding Trump’s Access Hollywood tape, Stewart excused it, saying that Trump “acted like a frat boy, as a lot of guys do.”

Additionally, Stewart thinks the Civil War wasn’t about slavery, Roy Moore was unfairly maligned, the responsibility for the violence at the Charlottesville “Unite the Right” Rally should be attributed to both sides, and that those responsible for taking down confederate monuments are comparable to ISIS.

Corey Stewart does not deserve a place in the U.S. Senate, especially not one that represents Virginians.

If you cannot attend the event but would like to give, simply enter the amount next to “Make a donation instead!” at the bottom of the page.

This concludes Volume IX of our 2018 Flip-a-District Friday series. Stay tuned for weekly updates as we track the key races in Virginia that will determine the balance of power in Congress.