Not only did Virginia 9th CD Democratic nominee Anthony Flaccavento raise more money than the incumbent, far-right Republican Morgan Griffith, in 3Q18, he also dominated Griffith at in their debate Monday night at Bluefield College. For whatever reason, WVVA doesn’t allow embedding of the debate video, and I couldn’t find anything on YouTube or Facebook to put here. So, instead, just click on the image, below, and watch as Flaccavento lays out an actual positive, constructive vision for the 9th CD.

In stark contrast, watch as Griffith brags about his A+ rating from the NRA, pledges his undying fealty to the coal industry that’s killing the planet, fallaciously claims that there was some sort of “war on coal” in the Obama administration, pledges support Trump’s idiotic – environmentally harmful, costly, xenophobic, etc. – “wall” on the Mexican border, says the Mueller investigation should be wrapped up ASAP, takes zero responsibility for the deficit/debt he voted to explode, has no clue on how to get people quality/affordable healthcare, and demonstrates clearly that he has NO VISION for how to move the 9th CD – or America – forward. On 11/6, I strongly encourage 9th CD voters to change course and vote for a representative who will make them proud – Anthony Flaccavento!

P.S. Note that Griffith is the same guy who once embarrassed himself – not to mention his district! – in Congress talking about the Vikings, Mars and “global cooling.” The guy, apparently, gets his news exclusively from the National Enquirer and far-right talk media. 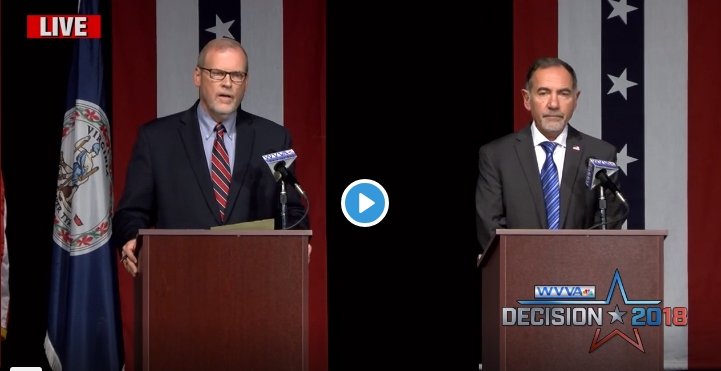