Yes, the following is from an actual Virginia State Senator in the year 2018 (A.D., not B.C.). Not surprisingly, this far-right theocrat, Sen. Amanda Chase (R-SD11), is a YUGE supporter of off-the-deep-end Dave “I’m an economist!” Brat. Among other things, Chase has been posting her support for LGBT “conversion therapy” (aka, child abuse), her theories on how in the Bible it says “Adam and Eve” not “Adam and Steve,” her speech at the virulently anti-LGBT Family Foundation, her favorite Bible verses about smiting her adversaries, etc. See below for some photos of Chase in action, including with her BFF Dave Brat. Finally, see below the photos for a few responses (ones with a lot of “likes”) on Chase’s Facebook page.

P.S. Obviously, VA-07 voters need to un-elect Dave Brat on 11/6 and elect Democrat Abigail Spanberger. And then in 2019, Chesterfield County voters need to ditch Amanda Chase. Note that Ed Gillespie won this district, but only by 7 points over Ralph Northam. So it’s a tough lift, but we really should try against this far-right, anti-LGBT, theocratic nutter. 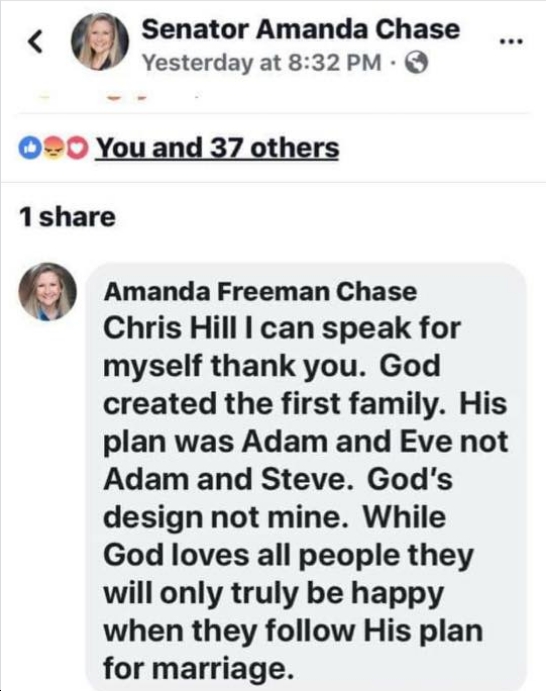 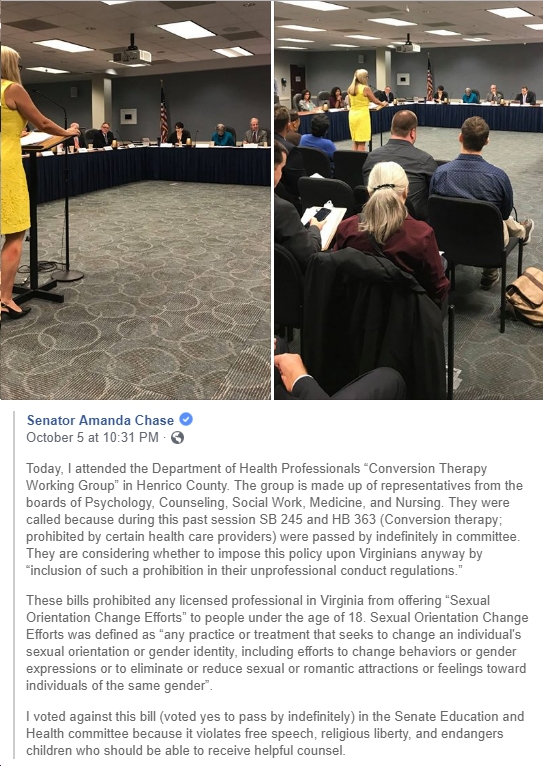 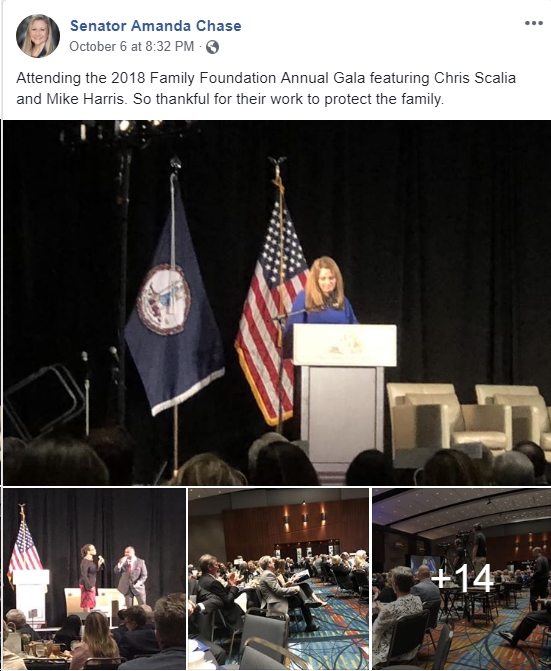 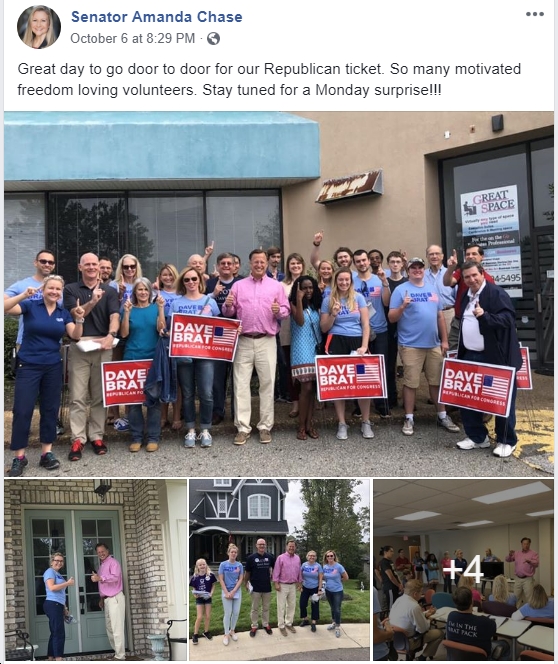 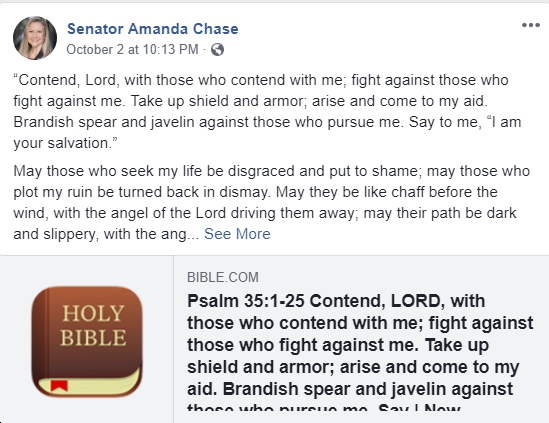 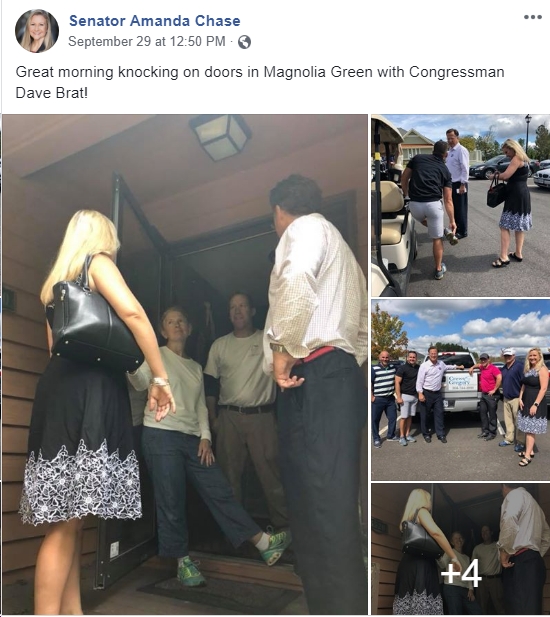 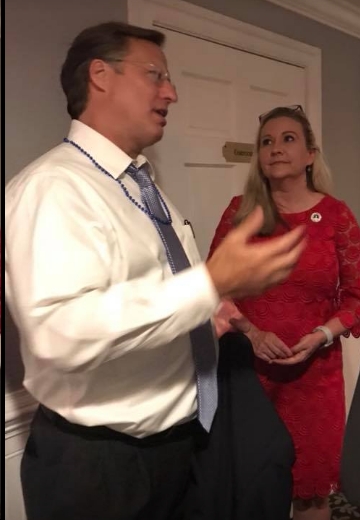