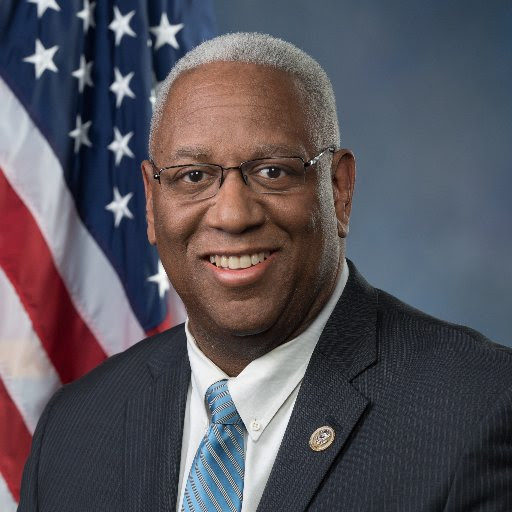 The son of an Army veteran and a public school teacher, Don McEachin grew up in Richmond. He returned home after law school, and has been working to lift his community ever since. He spent his career fighting for the underdog — as both an attorney and a public servant.

Before being elected to Congress in 2016, Don served as a citizen legislator in Virginia’s General Assembly for nearly twenty years, serving first as a delegate and then as a senator. Throughout that time, he fought to protect our most vulnerable citizens — and to defend the rights of all Virginians. Don worked to create jobs, improve public schools, and expand access to health care. He is a progressive champion, leading efforts to promote equality, curb gun violence, and protect our environment. His commitment to helping working families never wavers.

In the State Senate, Don served as Chair of the Democratic Caucus and partnered with leaders from both parties to move Virginia forward. Since 2014, he worked closely with Governor Terry McAuliffe, seeking to expand Medicaid, rebuild our economy, and swiftly restore former offenders’ right to vote. Don’s legislative work earned praise from across the political spectrum; he won awards from groups as diverse as the Virginia Sheriffs’ Association, the Virginia Education Association, and the UFCW Minority Coalition.

Don has also been a successful small businessman. He built a local law firm – McEachin & Gee – that has branches across Southside and the Richmond area. For 26 years, their firm has helped secure just outcomes for countless Virginians, ensuring they receive the resources they need to recover from accident or injury. The firm has also given out hundreds of scholarships to local students.

In Congress, Don has been a fantastic advocate for the 4th District, introducing a number of progressive, common-sense bills, including bills to make voting easier, lower the cost of health insurance, and protect our environment. Additionally, he has consistently stood up to the Trump agenda, speaking out against the roll back of the Clean Power Plan and opposing Republican efforts to arm teachers as a gun violence “solution.”

Don is very active in the community and participates in many civic and community groups. He is a member of Ebenezer Baptist Church in Hanover, the NAACP, and the Virginia Trial Lawyers Association. He is also a lifetime member of Kappa Alpha Psi fraternity. He has served on numerous boards and commissions, including the VCU Health System Board of Directors.

Don is a graduate of American University and the University Of Virginia School Of Law. In 2008, he received his Master of Divinity degree from the Samuel DeWitt Proctor School of Theology at Virginia Union University. Don and his wife, Colette, are the parents of three wonderful children. They have been married for 28 years.

Virginia’s Fourth Congressional District was re-drawn by a federal court a few years ago, leading then-Congressman Randy Forbes (R) to seek re-election in the 2nd District instead of the 4th after his safely Republican seat flipped to a Democratic one. The 4th District now includes all of Charles City, Colonial Heights, Dinwiddie, Emporia, Greensville, Hopewell, Petersburg, Prince George, Richmond, Southampton, Surry, and Sussex, as well as parts of Chesapeake, Chesterfield, Henrico, and Suffolk.

The 2018 “Cook Partisan Voter Index” for the district is D+10, meaning that in the previous two presidential elections, the 4th District’s results were 10 percentage points more Democratic than the national average. This made the district the 122nd most Democratic nationally.

Why Ryan McAdams should not win:

Ryan McAdams is one of the most conservative Republicans running for Congress this year in Virginia, and he certainly does not represent the views of the 4th District’s voters. Here are just a few examples:

When it comes to issues of a woman’s right to choose, McAdams is on the wrong side. He states on his website that “life begins at conception and that a mother does not have the right to take the life of her child.” He has made clear that making abortion completely illegal is a “priority” of his. McAdams also wants to defund Planned Parenthood — perhaps he has not noticed that there is a Planned Parenthood clinic in the 4th District on which thousands of women and men depend annually for basic health services.

Despite two-thirds of Republican voters supporting a path to citizenship for DREAMers, McAdams opposes giving legal status to undocumented immigrants, including those who were brought to the country as children. On health care, McAdams insists that the Affordable Care Act — which is now 23 points more popular than President Trump — “is neither affordable or an acceptable vehicle to provide better healthcare services,” and  supports repealing it entirely.

Last, but certainly not least, McAdams announced after his primary win that, “We need congressmen that are going to stand for conservative principles, that are going to support our president.” Considering that Trump only received 37 percent of the vote in the 4th District in 2016, this is a strange position to take and is clearly at odds with what the 4th District’s voters want.

This concludes Volume XI of our 2018 Flip-a-District Friday series. Stay tuned for weekly updates as we track the key races in Virginia that will determine the balance of power in Congress.