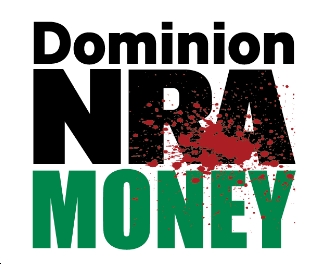 The reason Virginia has such weak gun laws is the same reason we have no control over our own public utilities. That reason is we have almost no campaign finance laws, certainly not anything strong or serious. This makes it possible for big money groups like the NRA and Dominion to get whatever they want, when they really want it. Big tobacco (Altria/Philip Morris) is still a factor but not as much as it used to be.

One of the reasons we have such absurdly weak campaign finance and ethics laws is because of Virginia State Senator Dick Saslaw. While nearly every Republican is owned and operated by the NRA and Dominion, Senator Saslaw is the big money fixer on the Democratic side of the aisle. Below is a video of Senator Saslaw arguing against campaign finance and ethics laws. At around 1:35, Saslaw essentially argues against the value of any legislation, against any crime – including murder, armed robbery and embezzlement – because such laws supposedly won’t stop someone with a “computer chip in their head that’s not working.” To me, this alone disqualifies him to be a legislator.

As an added bonus, Saslaw also makes fun of elected officials in DC and Maryland who went to jail for breaking laws we don’t even have in Virginia. The fact is, if we had real campaign finance laws in Virginia, we could fight the NRA and pass stronger gun laws. We could stop Dominion from robbing rate payers and require them to move to cheaper, cleaner renewable energy. Right now, while Saslaw and Dominion are now talking a good game about clean energy, in reality they are slow walking it, while they stampede the construction of more dirty and destructive fossil fuel pipelines (e.g., the $6 billion Atlantic Coast Pipeline boondoggle) and power plants. The NRA endangers our children and everyone in the country and Dominion is robbing Virginia blind and destroying the planet. The NRA and Dominion are able to do these things largely because of Senator Saslaw.

Getting rid of Dick Saslaw won’t guarantee that the General Assembly will pass new/stronger campaign finance and ethics laws, but that will never happen as long as Saslaw is in office. If you don’t believe that, you must not have watched the above video. It’s time for Democrats in Virginia to put an end to the legalized corruption so we can attract more environmentalists, minorities and young people as well as Indivisible and “resistance” group members, who we need to win back and hold majorities in both houses of the Virginia General Assembly in 2019 and beyond.  Let’s take care of that during the primaries next year.

P.S. Below are some examples of how Dominion and Saslaw are slow walking clean energy. The yellow dots below represent solar power plants. Please compare Virginia with North Carolina, who’s electricity rates are also less expensive than Virginia’s. Virginia also has 69,060 homes with installed residential solar, while North Carolina has 513,145 solar homes. 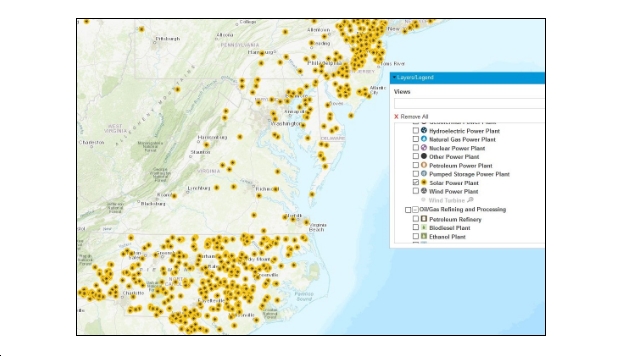 Virginia should also already be leading the country in offshore wind energy instead of only running tests.