I’m really trying to wrap my brain around the craziness that went down in Herndon’s town council elections leading up to, and following, November 6. For some background, see:

***The 11/9 Fairfax Times article Still on in Herndon: Mayor resigns from Fairfax County Democratic Committee following re-election, which discussed Mayor Lisa Merkel’s resignation from the Fairfax County Democratic Committee (FCDC) due to her “disappointment over signs that she saw outside of Herndon polling locations on Nov. 6 claiming there were ‘candidates pretending to be Democrats’ and urging voters to elect ‘real Democrats’.” In response, FCDC Chair Dan Lagana “[said] the signs in question were not authorized or produced by the FCDC, denying Merkel’s assertion that they had been approved by the committee.”

***That same article, which notes that “[n]ewcomers Cesar Del Aguila and Joseph Plummer displaced current Councilmembers Grace Wolf Cunningham and Richard Kaufman, who was appointed in July to replace the late Jeffery Davidson and did not run for reelection.” The article goes on to explain (bolding added by me for emphasis):

Their complaint argues that Cunningham filed the “Stand by Your Ad” complaints in retaliation for not receiving an endorsement from the FCDC and that, as a result, her actions constituted malicious prosecution.

The FCDC voted to endorse Olem, Friedrichs, and Del Aguila on July 17, and all of their names were highlighted on sample ballots distributed by the committee.

Cunningham’s defense representatives filed a motion to dismiss the lawsuit against her. A circuit court judge took the request under advisement but did not grant it when the parties appeared in court on Oct. 19.

Some discord brewed in Herndon’s town council race after Cunningham filed complaints in July against Friedrichs, Olem, and Del Aguila with the Virginia Department of Elections, alleging the other candidates had violated state campaign laws.

After the complaints were dismissed by the Virginia State Board of Elections on Sept. 20, Olem, Friedrichs, and Del Aguila filed a lawsuit against Cunningham with the Fairfax County Circuit Court on Sept. 24.

Is your head spinning yet?

Meanwhile, Del. Jennifer Boysko, who is now running for the State Senate seat being vacated by Congresswoman-elect Jennifer Wexton (D-VA10), was allied with Mayor Merkel. Del. Boysko urged her supporters to back Merkel’s favored candidates (see Boysko’s letter and Merkel’s literature, below) – who notably did NOT include the FCDC-endorsed trio of Olem, Friedrichs, and Del Aguila. So basically, Boysko was supporting candidates opposed to the Democratic Party’s endorsed candidates, yet now is seeking the nomination from the…Democratic Party? Alrighty then. (of course, Boysko is the same person who launched a ridiculous, Keystone Cops “coup” attempt last summer against House Democratic leadership…don’t ask, but it failed miserably!)

Anyway, the whole Herndon thing seems kinda crazy to me, reminiscent of the Arlington “Democrats” (Libby Garvey, Theo Stamos and Carla de la Pava) who endorsed Republican/”Independent” John Vishtadt over Democratic nominee Matt de Ferranti in the Arlington County Board election. Doesn’t this type of behavior violates the party plan? If so, shouldn’t it have repercussions? If not, why have a party plan at all? Is there any reason NOT to enforce party discipline in cases like these? Lots of (rhetorical) questions – what are the answers? 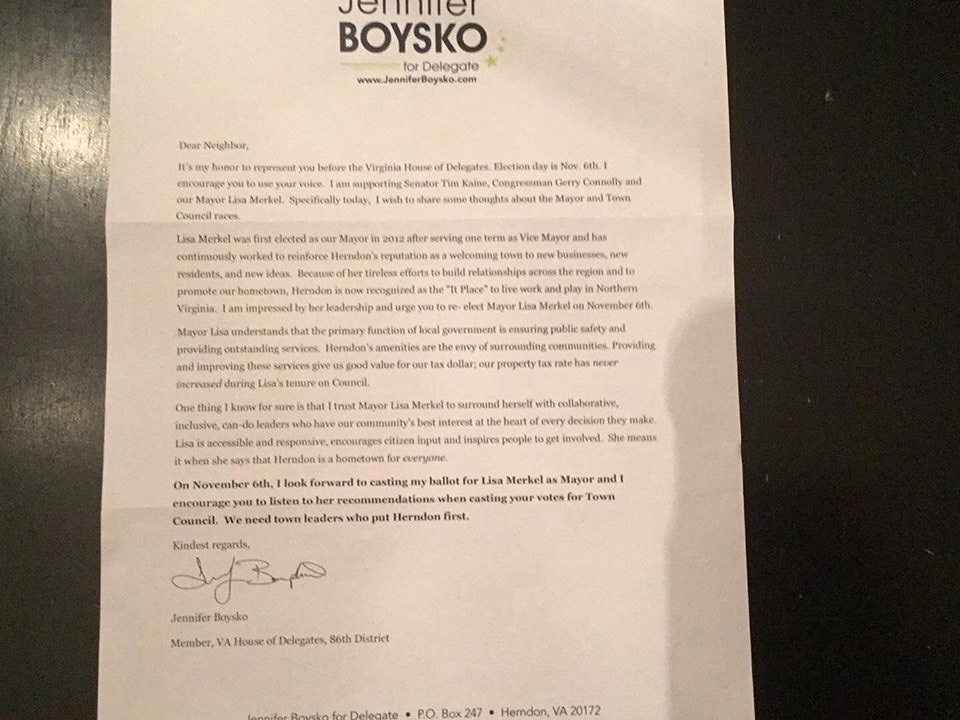 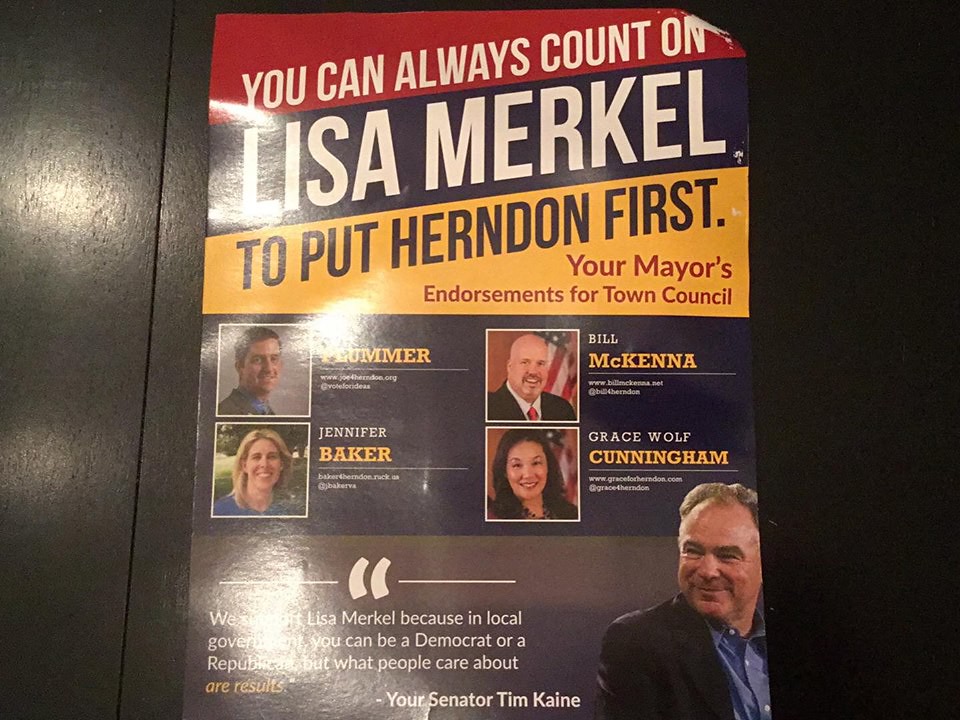 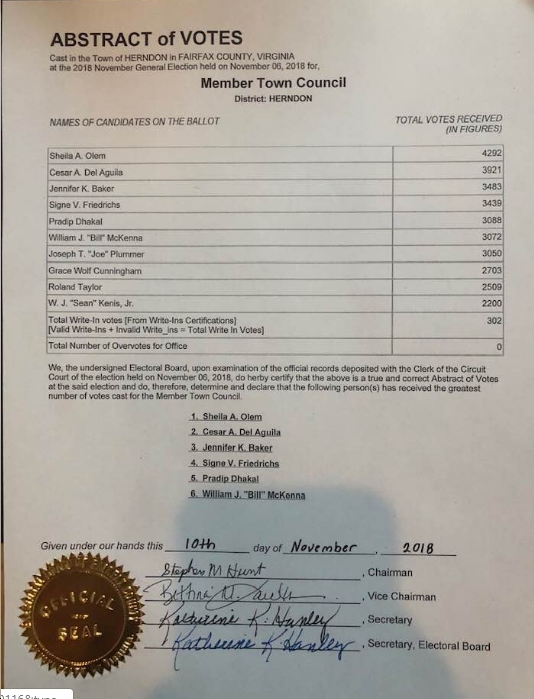