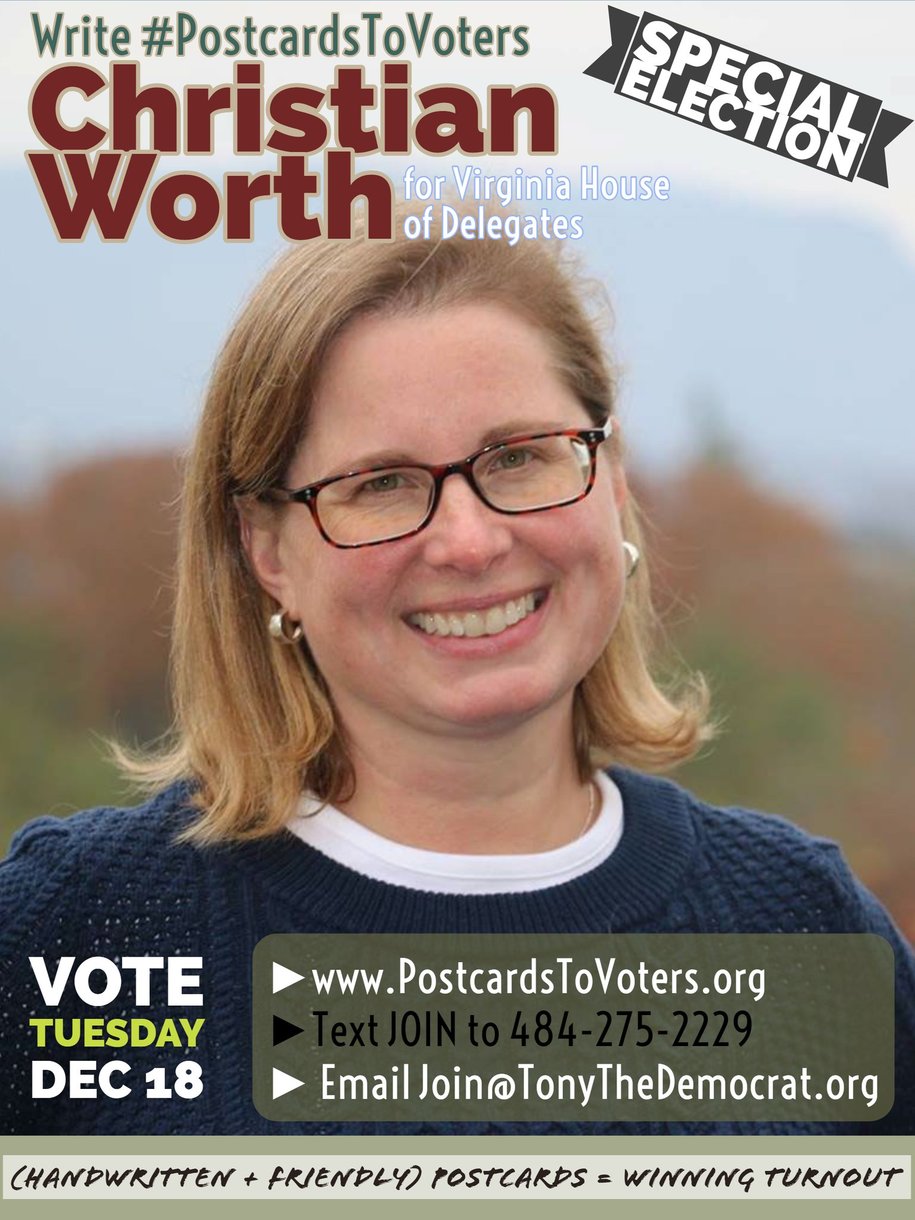 From the Christian Worth for Delegate campaign:

What’s better than flipping a state legislature seat in a Deep Red district?

Winning to make the balance of power 50/50 in Virginia!

This is no joke. Brought to you by the state that flipped 15 districts and swept statewide offices in 2017 to kick off the #BlueWave that ended with Medicaid expansion to provide 400,000 Virginians medical insurance.

VOTES MATTER! It could have happened last year except for the unlucky draw of a name from a creepy looking bowl.

Not only is VA-24 in a traditionally Republican part of the state, but it’s the seat that was held by Congressman-elect Ben Cline (trans-vaginal ultrasound supporter and #DayofTears resolution author). He may now be best known for his goofy face after “winning” the Congressional office lottery. But let me tell you that after living with him as my delegate we have declining schools, no where for young people to find good jobs, and have to wait for 3 months to be accepted at a new pediatrician when your old one closes abruptly.

This year Virginia elected 3 new Congresswomen (Wexton, Spanberger, and Luria) and continued gains across the state. Senator Kaine led the charge and his victory showed the districts that are flippable next year in Virginia. He won in seven Virginia Senate districts and 12 House of Delegates districts held by Republicans.

Here’s the thing — we can do this right now!

What will it mean to have a split House of Delegates?

We will pass the Equal Rights Amendment in Virginia and it can become part of the Constitution.

We have a shot because we have a dedicated team, great volunteers, and support from across the Commonwealth. Like so many across the country are already doing, consider supporting our race because we can win this. If you would like to find out more information, check out our website and social media: