Add this item, from the Virginia Coalition for Immigrant Rights, to the loooong and growing list of strong reasons why, this November, we need to vote in droves and boot Republicans from control of the Virginia House of Delegates and State Senate. 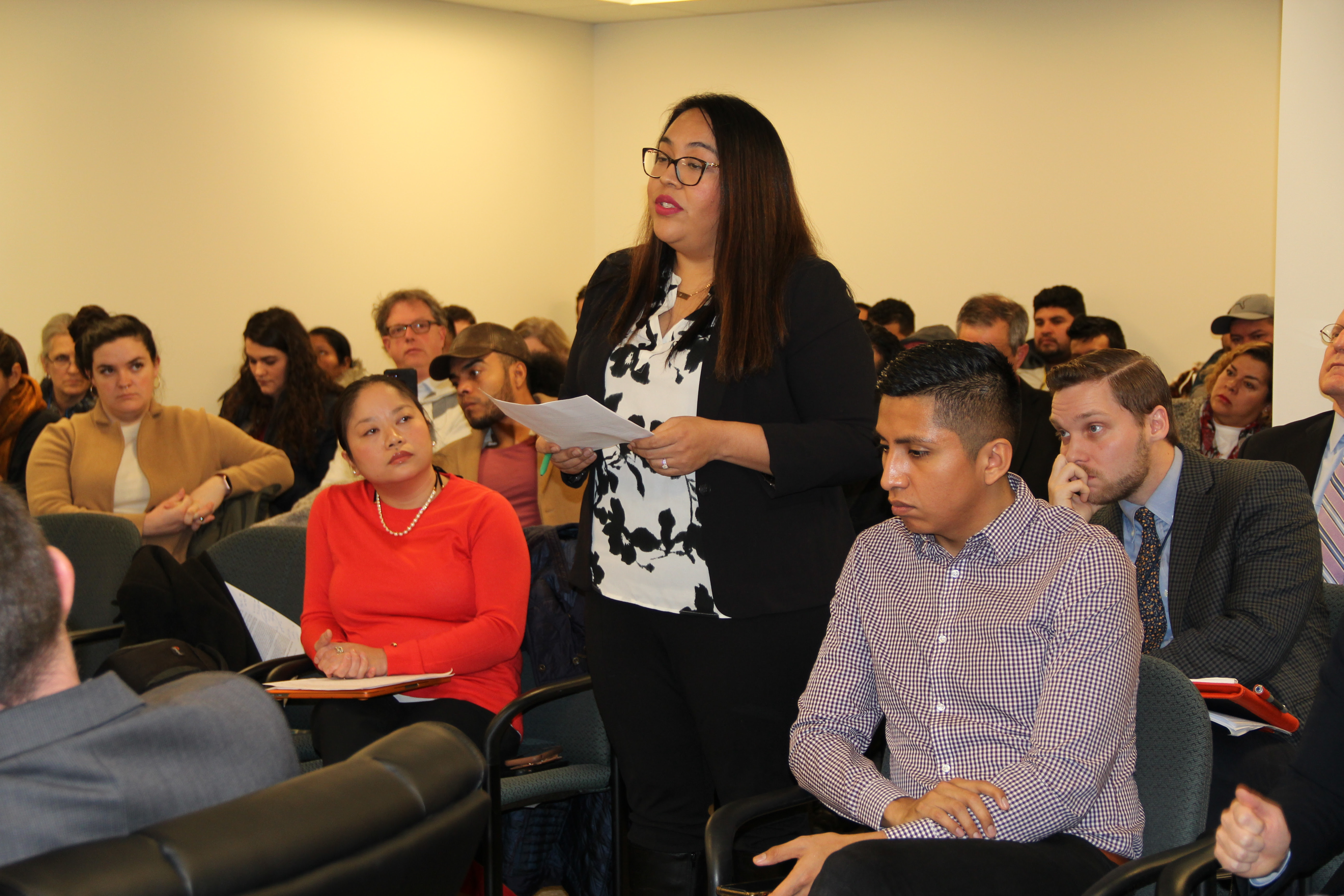 Richmond, Virginia—  Today, the Transportation subcommittee #4 failed to pass Delegate Kathy Tran’s HB2025, a bill that establishes driving privilege cards for undocumented individuals to allow them to drive legally. Members of the Virginia Coalition for Immigrant Rights coalition are disappointed that legislators have failed to provide a way to help 272,000 unauthorized Virginia residents get to school, work, and church, impeding their abilities to support a family and function in society.

“Today our priority bills died – bills that would bring imperative relief to our community – despite heavy presence of CASA members particularly from the Eastern Shore and Virginia Beach areas. But we are not defeated this election year. We are harnessing all of the power and energy in our community to ensure that elected officials truly represent the people and will build bridges with the immigrant community.” said Lana Heath de Martínez, representing CASA this legislative session.

“Conservatives are ignoring the fact that this legislation would make the Commonwealth safer and give residents greater economic opportunity,” said Jaime Contreras, a Vice President of 32BJ SEIU which represents 4,000 office cleaners in Northern Virginia, who are overwhelmingly immigrants from Central America. “And they so do at their own peril as people continue to reject this politics of hate in Virginia and nationwide”.

NAKASEC VA greatly appreciates the efforts of Delegates Tran and Bloxom today in presenting a strong bipartisan case for driving privileges. Our Korean and Asian American community members are very disappointed by the outcome this morning. In Virginia, 25% of undocumented immigrants come from Asian countries. This issue is very much an Asian American issue and one we will continue organizing for in the future.” said Sookyung Oh, Area Director,  NAKASEC VA.

Tram Nguyen, Co-Executive Director, New Virginia Majority said, “Making driving privileges more accessible for all Virginians is long overdue. Virginia could have become a leader today by passing legislation to allow all Virginians to drive, regardless of their immigration status, but instead some leaders chose political talking points over public safety. Wider access to a driver’s license will allow over 200,000 Virginians the opportunity to get to work, take their kids to school, go to church, or take care of a loved one during an emergency without fear. We know that there isn’t a good reason for the right to drive to be tied to citizenship and it is our hope that future legislators will embrace this truth going forward.”

Margie Del Castillo, with the NLIRH Virginia Latina Advocacy Network and chair of the VACIR state committee, stated the following: “We are incredibly disappointed with today’s decision to fail to pass our legislation on driver privilege cards for all in the Commonwealth.  We shared moving testimony from directly impacted members of our community that told the story of what lack of access to driving does, including not being able to be there for sick loved ones to not being able to improve one’s economic situation.  Our immigrant communities are living in daily fear of arrest and harassment for having to do simple tasks like going to the grocery store or seeing their doctor for timely care. We have fought to pass this legislation for years now so our fight doesn’t stop today—it only intensifies as we continue to build an even broader coalition of support for this basic necessity for our immigrant communities.”

VACIR’s State Committee, a coalition comprised of 17 organizations, is calling on Virginia lawmakers to fall in line with legislators from other states who have created resources and other opportunities for undocumented residents.

No matter our differences, most of us want the same things and granting driver’s licenses to undocumented people benefits everyone. A reportfrom The Commonwealth Institute found that twelve states and the District of Columbia have laws in place that allow unauthorized immigrants to obtain some form of driver’s identification. The three states that adopted these measures the earliest experienced a 30 percent decrease in traffic fatalities, compared to a nationwide 20 percent drop.