Looks like we have another candidate running in the HD86 special election, to be held on February 19, to replace the vacancy caused by former Del. Jennifer Boysko’s election to the State Senate. Her name is Connie Hutchinson, former member of the Herndon Town Council and also former Vice Mayor of Herndon (2008-2010, 2012-2014), and she’s running as an independent. I haven’t found a lot about Hutchinson, but what I *have* found so far, I’ve taken screen shots of (see below). Perhaps the pieces of information that jump out at me the most are: 1) her endorsement by far-right, anti-LGBT extremist Eugene Delgaudio and her attendance at an event for him; 2) her mention of working against “the problems associated with illegal immigration, while continuing to celebrate our diversity”; 3) praise from Delgaudio regarding her stance on the day laborer controversy that roiled the town.  I’ll add more information as I find it.

Note that the other two candidates are Democratic nominee Ibraheem Samirah and Republican nominee Gregg Nelson. Also note that this district is a 68% Northam district — solidly blue. 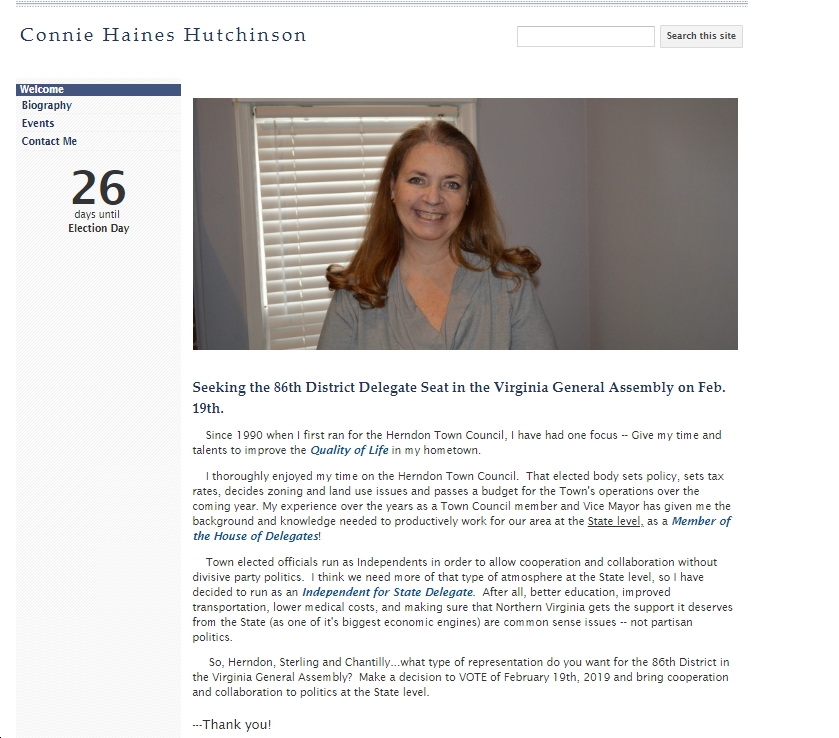 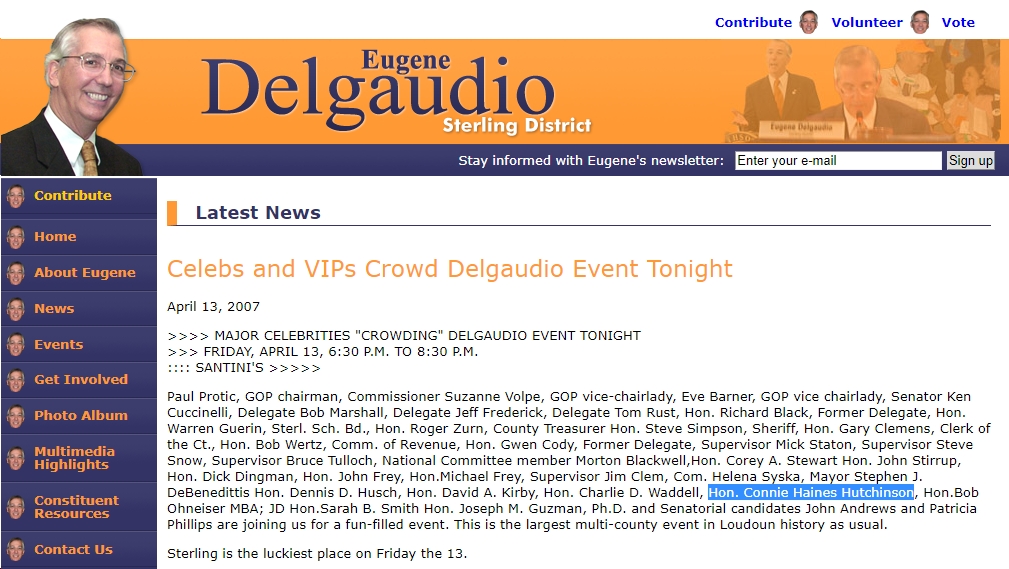 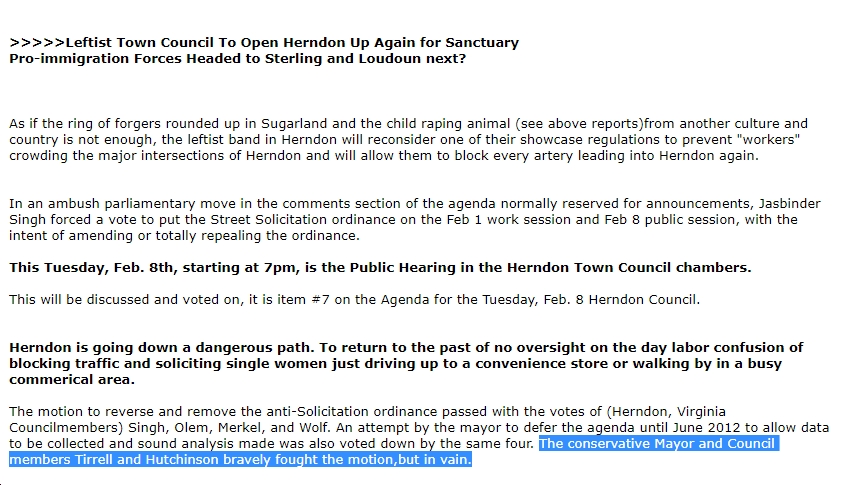 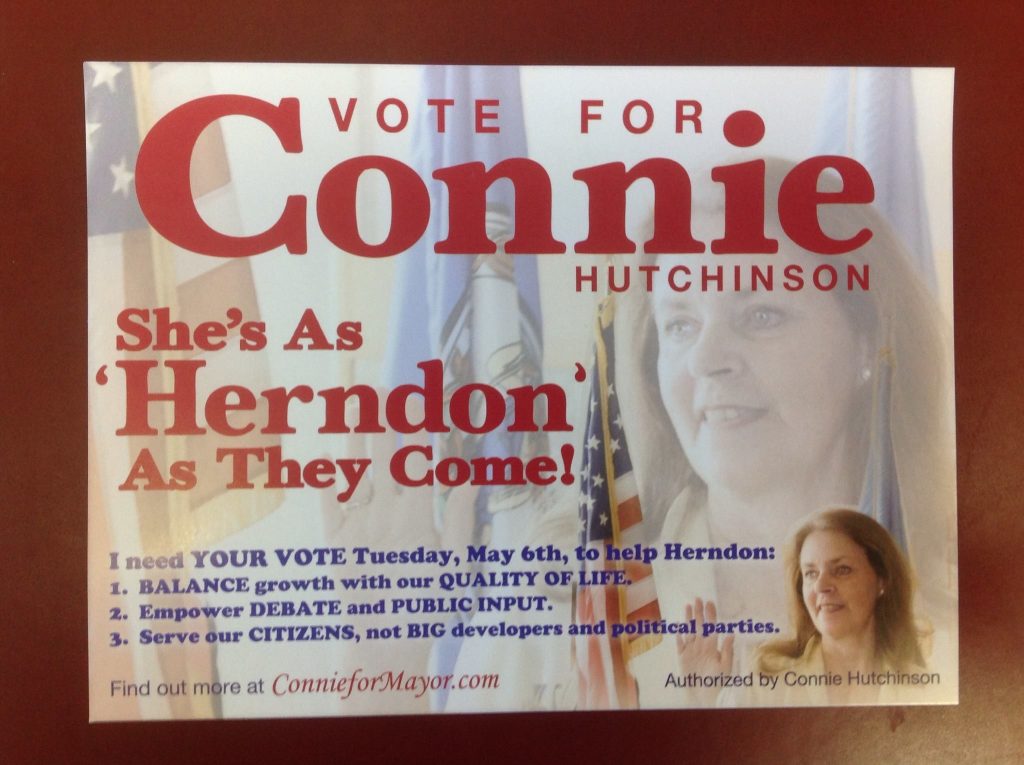 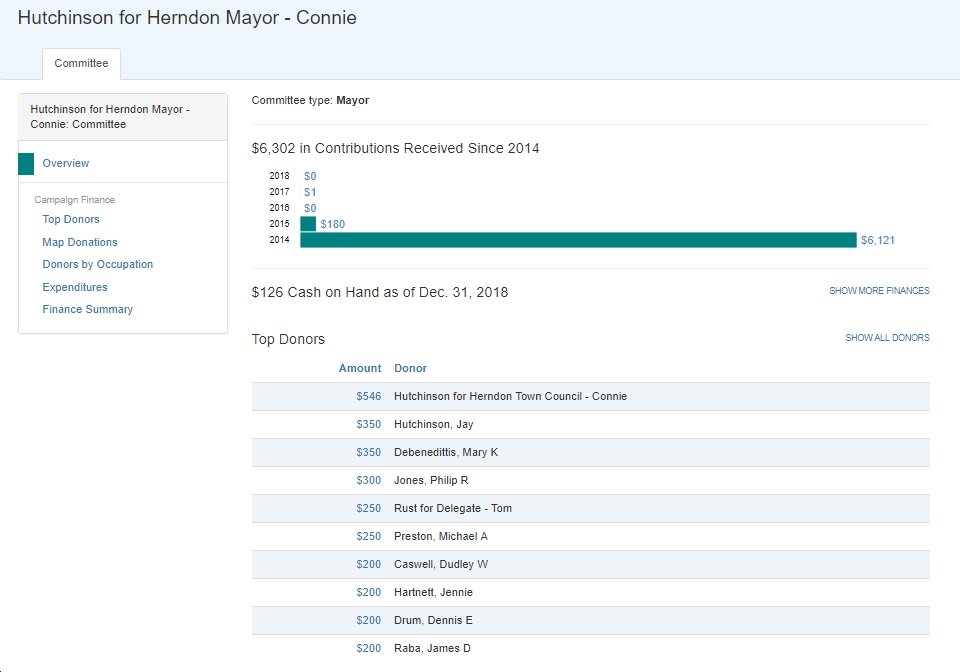 UPDATE #2: Looks like she was endorsed by the Tea Partiers… 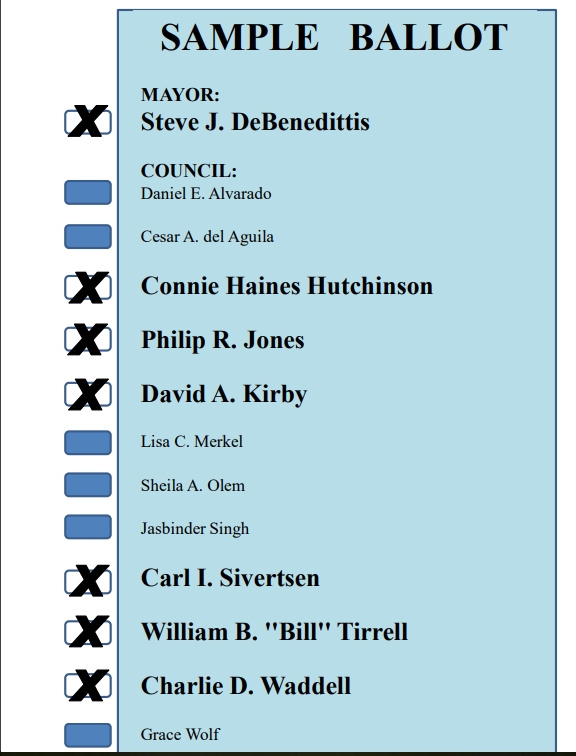 UPDATE #3: Also, check this out

So resolution surgery was underway, according to e-mails obtained under the Virginia Freedom of Information Act.

“How about ‘Americans of Hispanic Heritage?’ ” Councilman William B. Tirrell Sr. responded.

Five days later, Hutchinson tendered further editorial suggestions. She preferred to replace two references to “Americans of Hispanic descent” to ” ‘Americans of foreign decent’ giving ALL nationalities a little recognition.” Plus, she advised, chop two paragraphs, including the council and town’s appreciation of Hispanic people and a request that residents observe Hispanic Heritage Month.