By the way, we last reported on this back in August. Also see this recent (1/8/19) story by WUSA TV9, Teacher strike, Rockwool leave mark on Eastern Panhandle in 2018 and Rockwool controversy sparks mass resignation of West Virginia development board.  It’s worth noting that the main Facebook group opposing this facility has nearly 12,000 members, which is an impressive number for a grassroots group. Compare, for instance, to Virginians Against Pipelines, which has around 2,500 members. So clearly this one’s touched a nerve, for whatever combination of reasons… 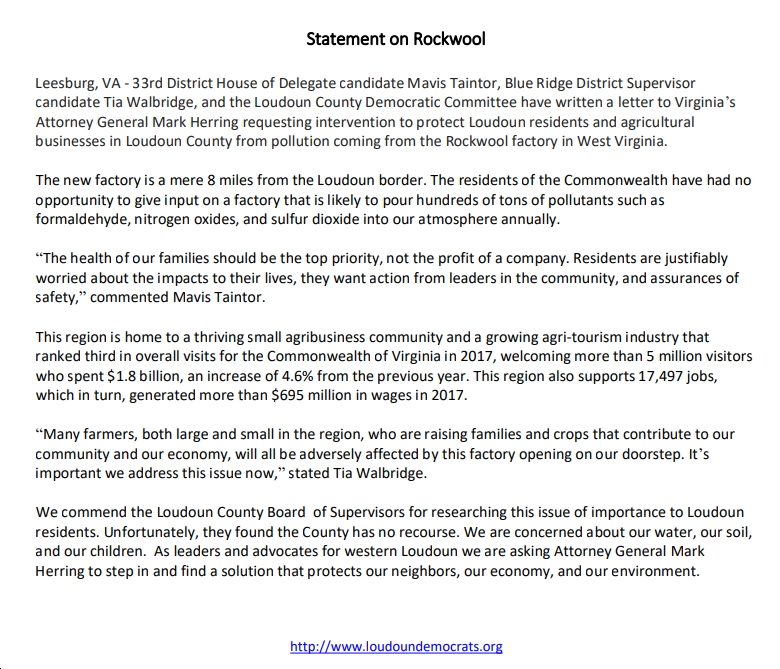 Kirk Cox is correct about something for once? https://bluevirginia.us/2021/04/friday-news-biden-spells-out-u-s-climate-goal-urges-other-world-leaders-to-go-big-michael-mann-weighs-in-biden-aims-at-top-0-3-with-bid-to-tax-capital-gains-like-wages-here-is-how-the#comment-5355783262