UPDATE 11:16 am – I’m told that Board member Moreno’s “second” on the motion to approve the compressor station indicates that we very well could lose this vote. Ugh.

UPDATE 11:00 am – Apparently, a board member’s train was late, so the meeting is just getting going. Also, good audio feed here.

The Virginia Air Pollution Control Board is meeting this morning (10 am – 1 pm) at DoubleTree by Hilton Richmond-Midlothian to decide on the fate of Dominion Energy’s proposed fracked-gas-pipeline compressor station in historically African-American Union Hill. Clearly, the Air Board should reject this monstrosity, but who knows what they’ll do…so stay tuned!  Also, see below for video and photos.

P.S. For some comments re: why the compressor station should be rejected, see here, here and here. Also see Former board members challenge state data ahead of key vote on pipeline facility and note that these two former members should still be on the Board!

Virginia Sierra Club: “Live from Richmond: the Virginia Air Pollution Control Board meets to decide on the draft air permit for the Buckingham Compressor Station.”

From Lee Williams:”The Virginia DEQ air board will be convened [today] to vote on what will undoubtedly be a landmark political and environmental decision not only for Virginia but the country. Regardless of the outcome, this case will likely go to court. When it does, the mapping and the data will be on the side of those who would bear the burden of a 54,000 HP shale gas compressor designed to run 40+ years, 24–7, emitting thousands of tons of both damaging Methane (CH4) globally, and Hazardous Air Pollutants (HAPS) locally over its life cycle.”

Friends of Nelson: “Two hours out from the Air Board meeting and we’ve got over 20 state trooper cars, Chesterfield PD, and a canine unite at the Doubletree. They won’t let us take any signs out of our cars because we’re on ‘private property'” 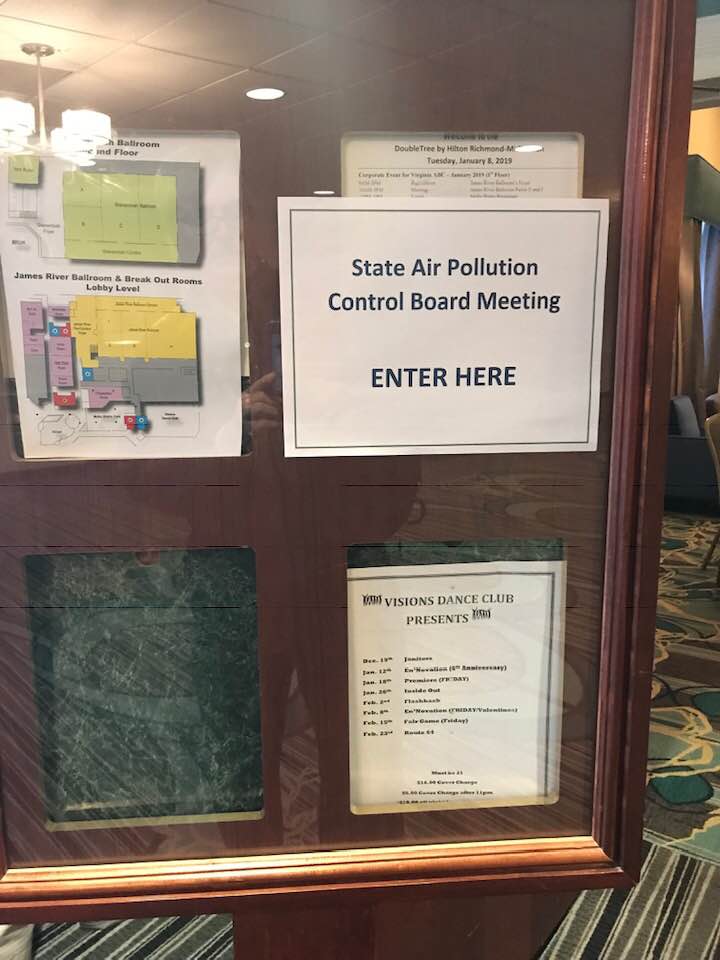 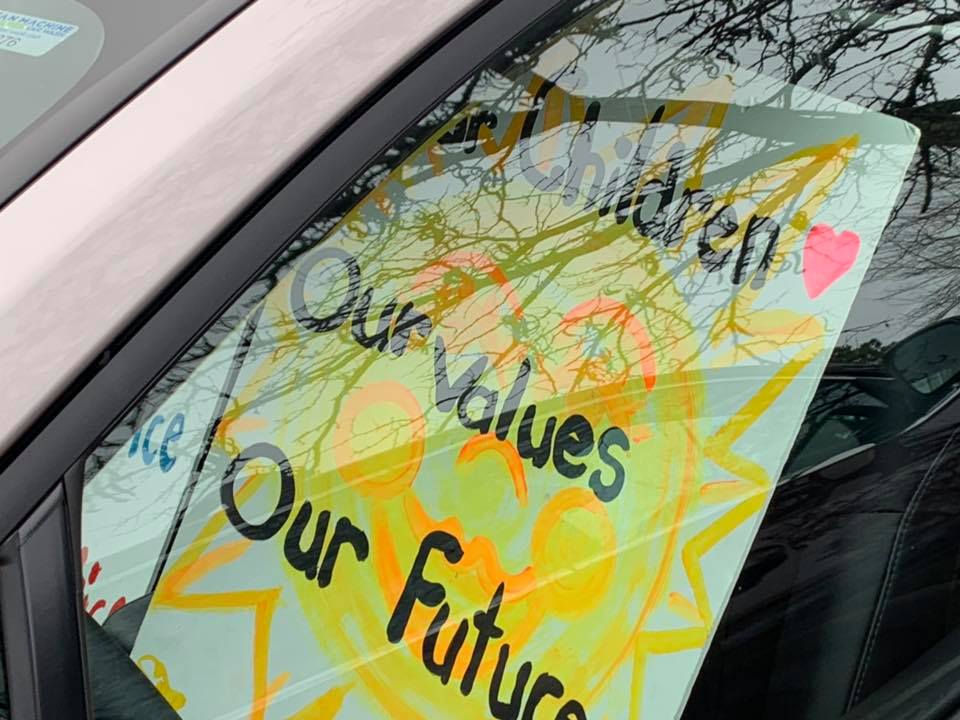 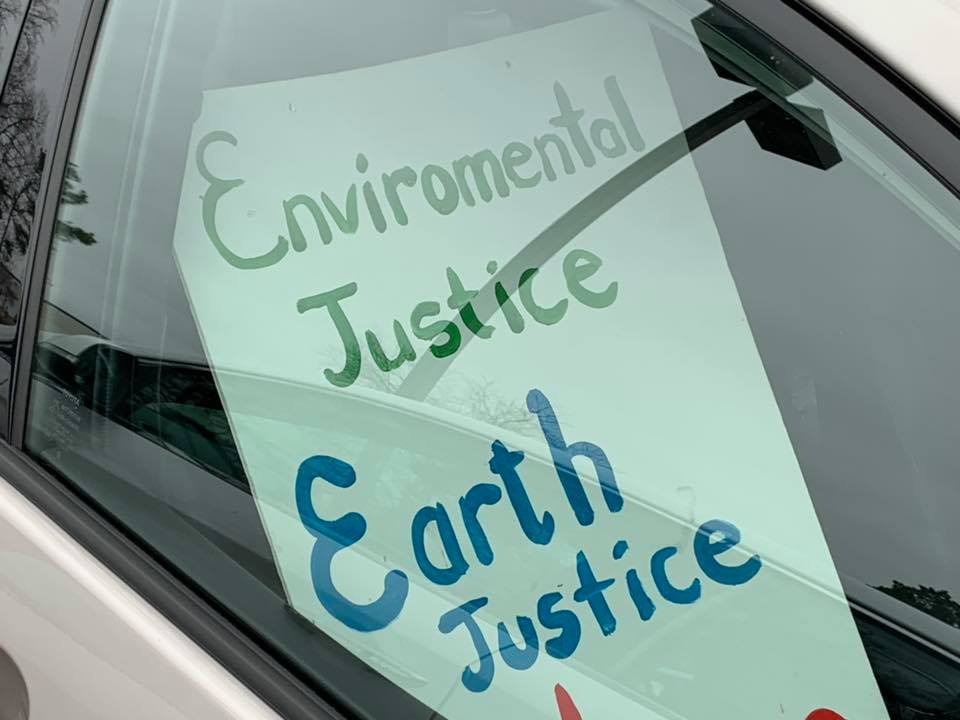 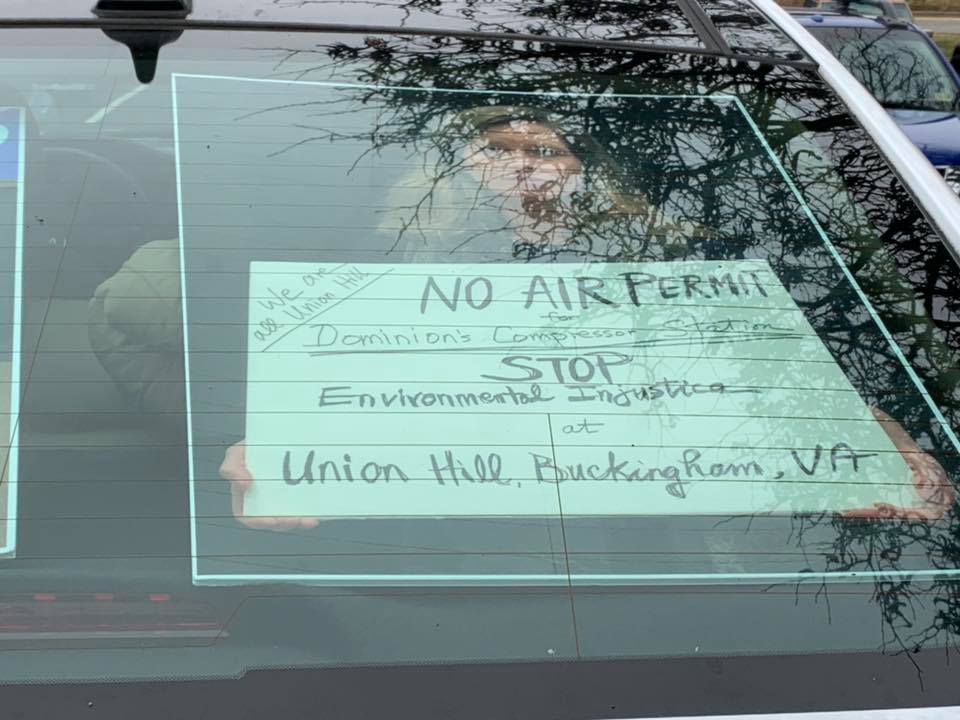 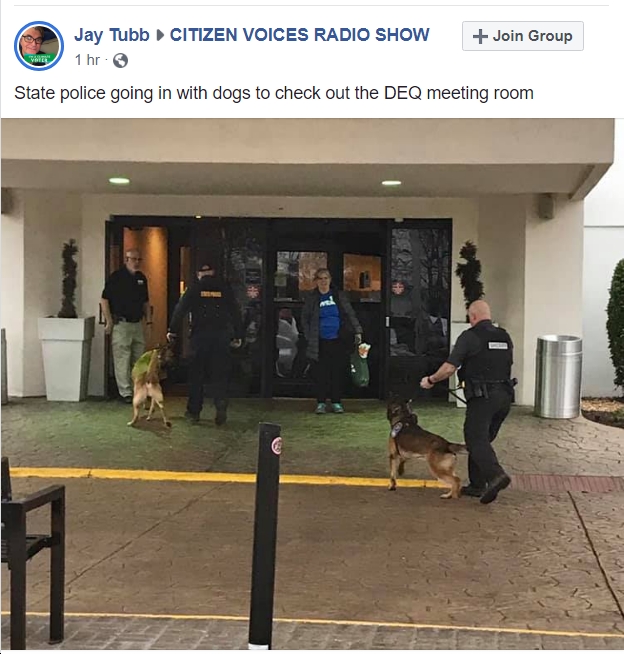 Activists turn their backs on the DEQ representatives as they present false data on the Buckingham air permit #StandWithUnionHill #NoACP ?- Jamshid Bakhtiari pic.twitter.com/Jv6kYAzTL1