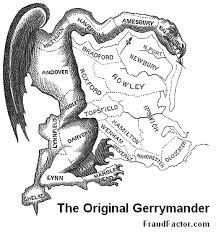 With Virginia’s entire political world talking about the Republican Party of Virginia and Delegate Kathy Tran, it was easy to ignore a very important debate on the floor in yesterday’s Senate session: amendments to SJ306, the bipartisan redistricting commission amendment to Virginia’s constitution.

The good news is that Senator Janet Howell’s proposal to make all meetings, minutes and data from the committee fully transparent was passed with support from both parties. That’s a huge step forward in making this amendment even better.

The bad news is that another amendment that would ban political gerrymandering failed — in large part because SJ306’s chief patron, Senator George Barker, spoke out against it on the Senate floor. It was an incredibly simple, straightforward sentence that said the intent behind drawing new district lines should not “favor or disfavor any political party, incumbent legislator or member of Congress, or individual or entity.”

Pretty simple, right? Not for Senator Barker. He spoke up against it more than once on the Senate floor.

This was particularly disappointing because George Barker is my senator, and I was hopeful that he would want to make his amendment as comprehensive and thorough as possible. Evidently he didn’t feel the same way.

First, he claimed to be afraid that banning the use of political information would lead to (more) lawsuits in federal court, neglecting to mention the fact there have been no problems with litigation in Arizona, California, Colorado, Hawaii, Idaho, Michigan, New York, Ohio, Utah and Washington — all states that have amended their constitutions with an anti-gerrymandering provision.

Second, Senator Barker agreed with Senate Majority Leader Tommy Norment (!) in saying that it is impossible to not consider political data when drawing lines, because that would mean that the commissioners would have to have no knowledge of any election results in the history of the Commonwealth.

Senator Barker even said that one would have to “go to Antarctica” if they want to follow this rule. This is a gross oversimplification. Because while it is obvious that commissioners would be generally aware of election results, this provision would prevent the egregious district boundaries we’ve grown accustomed to. Just because a commissioner knows that Powhatan County is redder than the city of Richmond, for example, that doesn’t mean they will carve up specific neighborhoods for that reason.

Surely Senator Barker knows both of these things, but he spoke up against it anyway to scare his colleagues into thinking it wouldn’t pass through the Senate — even though the language in it is identical to a bill Senator Emmett Hanger has proposed in the past (which Senator Barker supported).

It’s unbelievably disappointing that Senator Barker would take this position so loudly, when ostensibly he is pushing for a reform of a broken redistricting system.

To be clear: SJ306 is far better than the process Virginia has now, but adding one sentence in it to ban gerrymandering should have been a no-brainer.