SD17 (Parts of Spotsylvania, Orange, Albemarle, Louisa, Culpeper counties and Fredericksburg City) is a potentially winnable district (Northam got 49% there in 2017 and Kaine got 52% in 2018!), so it’s great to see what looks like a strong Democratic candidate (Amy Laufer; see press release, below) to take on godawful incumbent, right-wingnut Sen. Bryce Reeves (R). Note that Laufer joins Ben Hixon, who calls himself a progressive libertarian (seems like an oxymoron to me), and who received 38% of the vote against Del. Nick Freitas (R) in 2017, in this race.

[Albemarle] On Saturday morning, Amy Laufer announced the beginning of her campaign for the Democratic nomination in Virginia State Senate in District 17 with a series of five kickoff events throughout Saturday, February 16th. Currently held by Senator Bryce Reeves, Senate District 17 includes all of Orange County and parts of Albemarle, Culpeper, Fredericksburg, Louisa, and Spotsylvania. Laufer and her family started with an early morning rally in downtown Fredericksburg before crisscrossing Central Virginia heading to launch events in Louisa, Orange, and Culpeper. Laufer will end her day of campaigning with a rally near her home in Albemarle County.

Throughout the day, Laufer spoke to voters about her values and positions on major issues affecting the communities in her district. “I want to bring my experiences growing up in a rural community, teaching in our public schools, and advocating for our community on the school board to the state senate.” In her speech Laufer called for investments in education, transportation and infrastructure, workforce development, healthcare, agribusiness, and broadband throughout the district.

She also reflected on her personal story of growing up as one of eight children living on a Wisconsin dairy farm. Laufer volunteered to serve in the Peace Corps as a young adult before becoming a teacher. She went on to run for school board and founded Virginia’s List, a political organization dedicated to helping progressive women get elected to state office in Virginia. Towards the end of her speech,   “the more prosperous all of us are, the more successful our country will be.”

Laufer’s campaign plans to continue holding events to connect with the communities throughout the 17th District. More information about Laufer and her campaign, including how to get involved, can be found at LauferforVirginia.com. 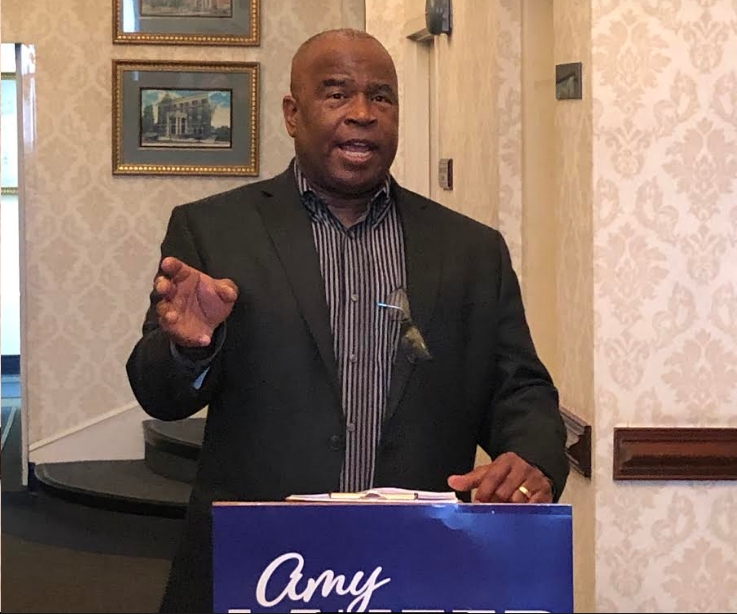 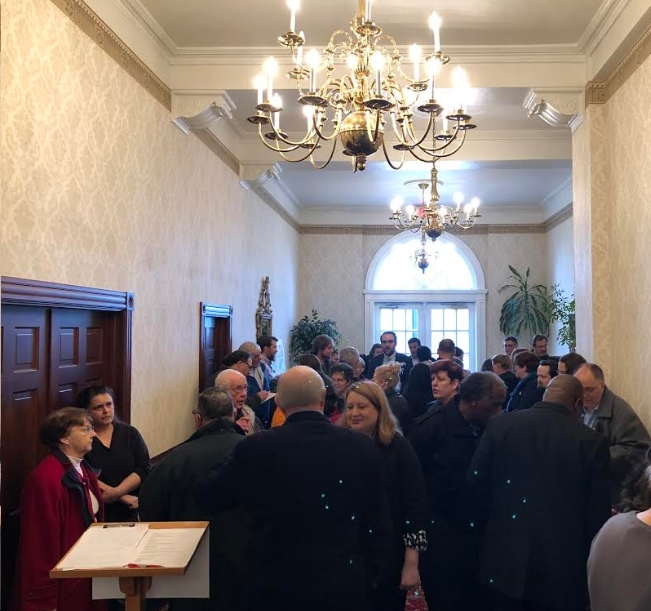 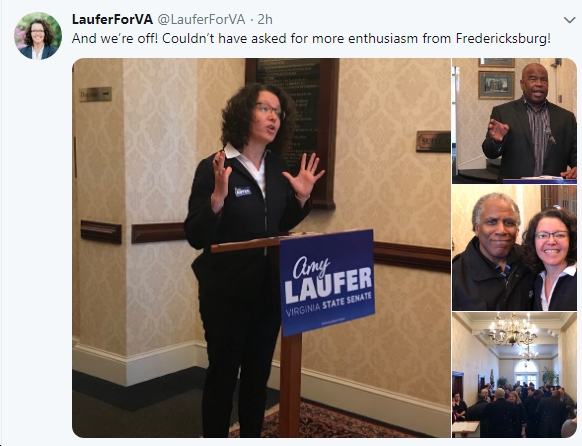 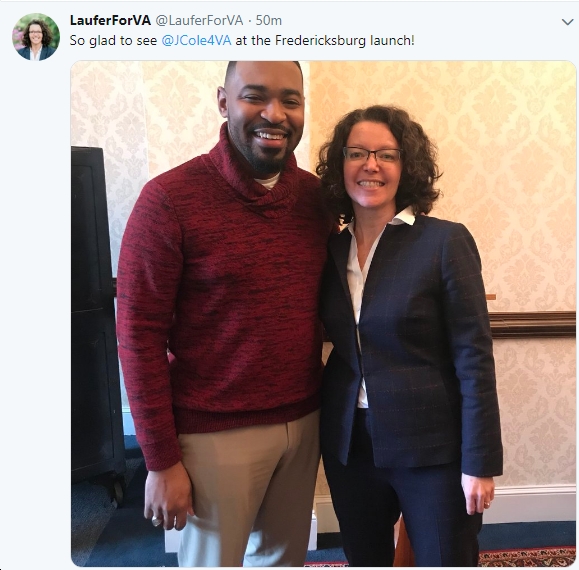