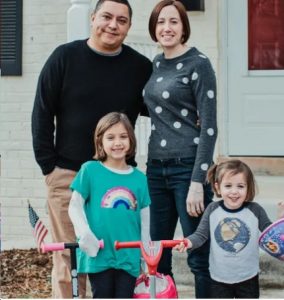 Now that the 1Q2019 campaign finance numbers are in, we can get a better feel for which campaigns are “viable” politically, which are heavy/moderate/mild favorites to win on June 11, etc. I’ve been waiting to see these numbers for a bunch of reasons, including to help me decide who else I might want to endorse for June 11. Not that I wouldn’t endorse someone with far less money than their opponent – I’ve done that many times in the past, of course – but on the other hand, I also want candidates who are running serious, strong campaigns and who have a good shot at winning not just in June but in November, against the Republican nominee. Also note that as of today, we’re exactly nine weeks out from June 11, so although we might not be – to paraphrase Churchill – at “the beginning of the end”, we’re now somewhere between “the end of the beginning” and “nearing the home stretch.”

With that, I’m ready to start making some more endorsements, which I’ll be writing up in coming days/weeks. I’ll provide my reasoning, and I’ll make the case as I see it, but of course it’s 100% up to you whether or not you agree with it. Regardless, I’m going to support the Democratic nominees in all races after June 11, when we come back together as a party to defeat Republicans, take back the General Assembly, win majorities on County Boards and School Boards, etc.

So today, I’m endorsing a Virginia House of Delegates candidate in HD38, a deep-blue Fairfax County district (74% Tim Kaine in 2018, 73% Ralph Northam in 2017, 70% Hillary Clinton in 2016) running from Bailey’s Crossroads in the east to Annandale in the west, with Lake Barcroft in the middle. According to the Commonwealth Institute, this is an incredibly diverse district, including 45% foreign-born. The district is also around 32% Latino, 20% Asian-American, 15% “Other” and 10% African-American. So yeah, this district epitomizes the way Fairfax County, and Virginia, are changing in a more diverse, ethnically and racially heterogeneous manner. Which, of course, is a great thing! Of course, who turns up to vote in Democratic primaries might not look like the district’s demography, and that’s highly relevant to this race; something we will discuss a bit more, below.

Anyway, this primary pits incumbent Del. Kaye Kory – who has served in the Virginia House of Delegates since 2010 (after she narrowly defeated incumbent Del. Bob Hull; I endorsed Kory in that primary), and who previously served on the Fairfax County School Board (following a special election win in June 1999) – against newcomer Andres Jimenez, who is “Senior Director of Government Affairs for Citizens’ Climate Lobby, “a member of the GreenLatinos,” formerly “Associate Director of Government Relations at Ocean Conservancy,” and a former Democratic Congressional staffer for Reps. Linda Sanchez, Howard Berman and “for the House of Representatives’ Immigration Subcommittee…[where he]  championed Democratic initiatives for comprehensive immigration reform.”

So why am I endorsing Jimenez over Kory in this primary? Several reasons:

With that, I encourage everyone to support Andres Jimenez leading up to June 11, and of course to vote for him if you live in the district. Thanks, and go Andres!

P.S. For the record, I offered Kaye Kory an opportunity to give me her side of the story regarding what happened on the Kojo Nnamdi Show. She initially responded that she’d be happy to do so, said she would call me, then…never did. I followed up a couple days later with an email asking if she still wanted to talk, and she didn’t respond at all. Greeeeeaaaat.