I largely agree with the following comments (see below), by Fairfax County School Board member Pat Hynes. The fact is, since his “blackface” scandal broke, Gov. Northam has made a bunch of promises, but largely not followed through. For instance, remember how back in early February, Northam pledged that “he wants to spend the remaining three years of his term trying to ensure that black Virginians have the same opportunities as whites?” So…has that actually happened? Or, as the Washington Post reported on March 31:

Northam has called for an investigation into his own scandal, one aimed at determining the origin of the yearbook photo. The image shows one person in blackface and another in Ku Klux Klan garb. Northam initially apologized for appearing in the picture, but a day later he said it wasn’t him.

He vowed to identify the people in the photo, suggesting that facial recognition software might help. There was talk of hiring a private investigator. The status of those efforts is unclear.

“I don’t have an update,” Yheskel, the governor’s spokeswoman, said recently.

Meanwhile, as Fairfax County School Board member Pat Hynes writes (see below), have we seen Northam actually “learn[ed] and use[d] his position to further the cause of equity and reconciliation?” Any Confederate statues removed from state property? History curriculum revamped? Union Hill compressor station deep-sixed? Anything else? If so, I think I might have missed it.  As one Virginia Democrat put it to me, “He’s just mostly hiding in his office, signing and vetoing what he would have anyway. Hasn’t done shit to heal anything.”

Finally, from a pure political perspective, I agree with Pat Hynes that Democrats at this point might be better off just completely cutting Northam loose as dead weight, an albatross, whatever metaphor one prefers to use. Yeah, I get that a lot of rank-and-file Dems – as we’ve seen in multiple polls now – don’t particularly want Northam to resign. Overall, though, Northam’s approval ratings suck, and Democrats are only barely leading (43%-39%) Republicans heading into November’s crucial legislative elections. Seems to me that if we had a popular, successful Democratic governor, instead of the dumpster fire we’ve got now, we’d be a *lot* further ahead than just four measly points. Of course, we’ve got a huge problem in the LG slot as well, as Northam resigning would lead to someone who’s been accused by two women of serious crimes becoming governor. And that wouldn’t help matters either. But the question right now isn’t whether Northam’s going to resign, because clearly he is not, but whether Virginia Democrats should a) welcome Northam back with open arms; b) keep a cool distance from him; c) completely disown the guy; d) other.  Personally, I’m leaning towards option “c,” both for moral and political reasons. As is the Fairfax County NAACP, which is organizing a protest for this Sunday, when Northam holds a campaign event with State Sen. Dave Marsden. On that subject, here are Pat Hynes’ thoughts (bolding added by me for emphasis):

I sympathize with this effort, though I won’t be in town to join the protest. Ralph Northam is still in office, in spite of serious, substantially unaddressed concerns about lost trust with the African American community. To those who’ve said he should have a chance to redeem himself – to prove that he will learn and use his position to further the cause of equity and reconciliation – have we seen that yet? Has he intervened to stop the pipeline going through Union Hill? Has he ordered the removal of Confederate statues on state land? Directed the Secretary of Education to fix the history curriculum? Has he done anything differently, or is he just hoping the passage of time will heal the breach? In my opinion, he asks too much and gives too little. What of our solidarity as Democrats? Our commitment to making right what’s been grotesquely wrong about Virginia for its entire history? Truth is, we can raise money, knock doors, and get elected without Mr. Northam in the room. In fact, I wonder if that isn’t the surer way to victory in 2019.

I largely agree with this. What do you think? 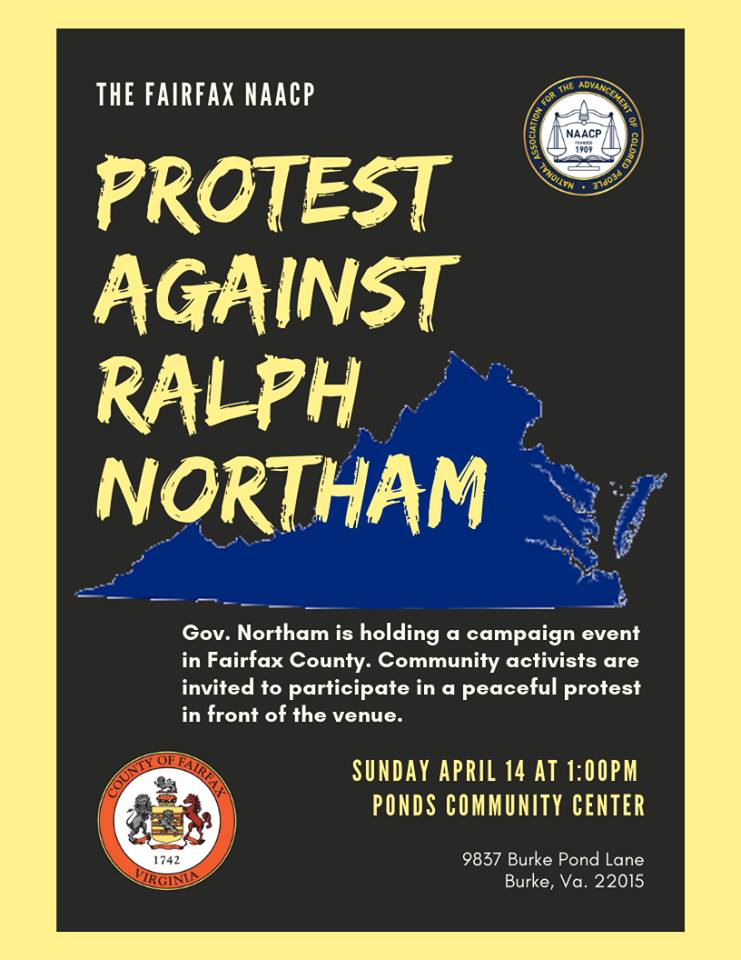