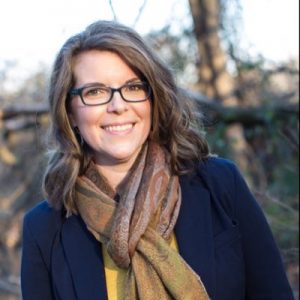 I first met Jess Foster at an event I was hosting for her at my house in February. She had come strongly recommended from several friends, and this event would be an informal kickoff in Fredericksburg to her campaign for Virginia House of Delegates in the 88th district. The event didn’t start for over an hour, and my wife and I were still frantically cleaning our house and trying to prepare everything for the expected 40 guests.

This event also took place while we were trying to potty train my son (and unfortunately still are). For whatever reason, my son and daughter NEED to take all their clothes off when sitting on the potty, so my son stripped all the way down and was sitting on his Paw Patrol training potty right in the middle of foyer when there was a knock at the door. I rushed to answer and of course it was Jess. I awkwardly let her in and tried to explain that my son was potty training and the house wasn’t quite ready yet and that the kids would be leaving with my in-laws soon. She handled the whole thing like a mom who had been there and done that and got to work right away helping my wife get the house ready. I would soon learn that that’s the kind of woman Jess is; ready to show up and do the things that need to get done.

How she manages to get it all done is amazing to me. She’s a partner in a law firm she started with a friend, a mother of two young kids, a community advocate and now a candidate for the House of Delegates in the 88th district. With Virginia on the brink of being the final state required to ratify the Equal Rights Amendment, Jess couldn’t stand by any longer as one man stood in the way of progress; Del. Mark Cole (R).

Mark Cole is currently keeping the seat warm in the 88th and doesn’t do much more than obstruct useful legislation in Virginia. He was almost certainly the beneficiary of sharing the same last name as Joshua Cole in 2017 during the mix-up at several split precincts, where some folks were given ballots for the 88th instead of the 28th, inadvertently voting for Mark when they meant to vote for Josh. Mark doesn’t have much of a vision for the district other than to obstruct, and he’s showed how interested he is in his campaign by raising $240(?!?!) this past fundraising quarter. It’s clear he doesn’t want the job and doesn’t expect to hold onto it after November 5th.

I enthusiastically support Jess to win her primary on June 11th and the general on November 5th for several reasons.

But she can’t do this without our help.

To help flip the House of Delegates, we’re going to need to flip some tough districts (went 54% for Ed Gillespie in 2017) like this one. Every dollar and every door knocked can go a long way towards success on Election Day. So, I’d invite you all to join me in supporting her campaign. Sign up to volunteer your time here and donate what you can through this link…and let’s #FosterChange in the 88th.